Tropical Cyclones and their Development

This article discusses in detail the development of tropical cyclones, a type of storm and natural disaster that wreaks havoc on human life.
© University of Reading and Royal Meteorological Society 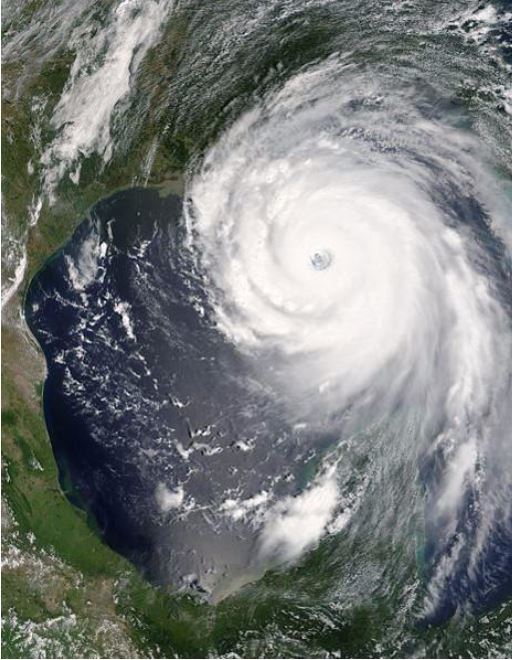 View Course
• Warm ocean temperatures, greater than 26°C to a depth of at least 60m. Tropical cyclones only form over oceans, never over land, as they need sources of both heat and moisture. Even if the surface waters are very warm, the strong winds in a developing cyclone cause mixing of the surface layer of the ocean, bringing water up from below the surface. If this water is very much cooler than the surface, the supply of heat to the system will be reduced.
• Latitudes greater than 5° north or south of the equator. Cyclones are rotating systems and so only form in regions with a sufficient component of the Earth’s rotation about the local vertical (the Coriolis Effect) . This is zero on the equator itself and only becomes large enough to generate rotation within a weather system poleward of 5° of latitude.
• No large changes in wind speed and direction with height (known in meteorological terms as low wind shear). Cyclones rely on the development of tall columns of convective cloud which extend of the order of 10 km in the vertical. If the wind is changing too much with height, these columns of cloud cannot form through a great enough depth of the atmosphere as the tops will be constantly blown away.
• Lots of moisture through the depth of the atmosphere. As well as large wind shear, a dry atmosphere can also act to prevent deep columns of cloud forming.
• A pre-existing disturbance in the atmosphere. Tropical cyclones do not form spontaneously from nothing. There needs to be an area of enhanced thunderstorm activity which can act as a focus for the development of the cyclone in the presence of all the other conditions listed above. Forecasting the formation of tropical cyclones relies on early identification of these pre-existing disturbances and then recognising which ones will amplify into full-blown cyclones.
The development of tropical cyclones is a complex process and is still the subject of much research. In simple terms, a cyclone acts like an engine. It converts the energy available from a warm ocean surface into strong vertical air currents and horizontal wind speeds via the evaporation of warm water from the ocean surface and the subsequent condensation of this water vapour in deep columns of cloud around the centre of the storm. This deep cloud often forms an almost circular ring called the eyewall around the very centre of the storm which is itself free from clouds. Thankfully cyclones are rather inefficient engines, converting less than 10% of the available heat energy from condensation in the clouds into the mechanical energy of the motion of the winds.
There is an important positive feedback mechanism which allows cyclones to develop into intense systems. As the system starts to form, evaporation from the ocean surface acts as the source of heat and moisture for the formation of deep clouds. As these clouds intensify, strong rising currents of air in the eyewall around the storm centre. Near the surface, air is drawn into the centre of the storm to replace the rising air. This inrushing air near the surface results in strong winds which increase the evaporation from the ocean surface. This evaporation provides more heat and moisture to the clouds making the rising air currents within them stronger and thus intensifying the surface winds even further. As the system develops the Earth’s rotation acts on the inrushing winds, deflecting them into a pattern that rotates about the centre of the storm, spiralling in towards the centre.
A result of the mechanism for development described here is that the most severe weather, the heaviest rain and strongest winds, is strongly focused in the centre of the cyclone. In Figure 2 the diameter of the almost circular region of cloud associated with a Hurricane is about 800km. However, the most damaging winds and heaviest rain are all concentrated within the innermost 200km of the storm. The physics behind why there is sinking, warming and therefore clear air in the eye of the storm is still an area of active research.

All of the systems described here have emphasised the greater intensity of the weather patterns in the Tropics which is a response to the large amounts of energy received from the Sun at tropical latitudes.