The impact of volcanoes

Huge explosive volcanic eruptions in the Tropics, energetic enough to push sulphur gases up into the stratosphere where they condense into aerosols, can have a cooling effect on climate by increasing the albedo.

As the stratosphere is very stable and there’ s little movement of material back down into the troposphere, this effect can last a couple of years. The combined eruptions of La Soufrière (1812), Mayon (1814) and Tambora (1815) had catastrophic global effects, leading to a ‘year with no summer’ in 1816. The eruption of Pinatubo in 1992 resulted in a global cooling of up to half a degree for a couple of years. Other recent energetic eruptions include El Chichon (1982) and Agung (1963) which were preceded by half a century of little volcanic activity. 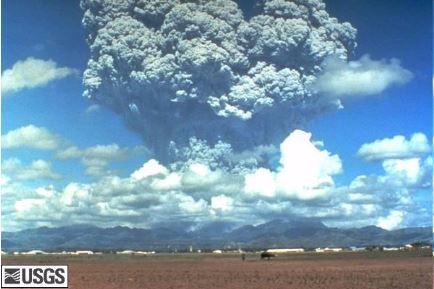 Figure 1: The explosive eruption of Mount Pinatubo in 1991. ©U.S. Geological Survey. Department of the Interior/USGS.

View Course
In addition, volcanoes can themselves emit greenhouse gases. The eruption of Eyjafjallajökull in 2010 wasn’t powerful enough to push reflective material into the stratosphere. As the figure below shows, the amount of carbon dioxide the volcano emitted was less than the amount saved by the cancellation of European and trans-Atlantic flights. In addition, fewer flights means fewer contrails, which may have meant there was less high level cloud. What impact this may have on the climate is still being researched.

Figure 2: A comparison on the amount of carbon dioxide emitted per day by the eruption of Eyjafjallajökull compared to the amount saved by the reduction in aeroplane flights as a result of the eruption’s ash cloud © Planes or Volcano? David McCandless, Ben Bartels, Information is Beautiful

A more dramatic change in albedo is associated with the ‘snowball Earth’ hypothesis. It’s been suggested that during the Proterozoic (850-630 million years ago), the positive albedo feedback associated with ice accumulation led to ice covering the whole Earth. In this scenario, volcanoes and the huge amounts of greenhouse gases they can emit, would be necessary to warm the Earth again.

In the next Step, we’ll look at greenhouse gases and how their concentration has been changing in the atmosphere.