Examples of Input and Output Devices

Before computers were sophisticated enough to handle and process all the steps that modern processors can handle, they had simpler methods for inputting and outputting information.

Before computers were sophisticated enough to handle and process all the steps that modern processors can handle, they had simpler methods for inputting and outputting information.

Punched cards are a great example, because they were used for both input and output. They were also used for storage. A punched card was a piece of card with holes punched in it. The number and locations of the holes on each card was used to represent data. Initially, there were different machines for punching and reading the cards.

Punched cards were used to record many different types of data. For example, they stored census information. NASA also used punched cards to perform sequences of calculations as part of the first crewed space flight to the moon.

They were also used to store and run computer programs. The first recorded punched cards were used for input. They controlled looms used to weave cloth from the 1700s. The Jacquard loom, invented in 1804, was the inspiration for many of the first computers, such as Charles Babbage’s Analytical Engine.

Punched cards used for data storage were gradually replaced by magnetic tape in the 1960s.

You can create a fun lesson plan by getting students to design a punched card system, punch the cards, and then read the information back in different teams.

Image: the switches on a Altair 8800. This would be nice as an animation. Showing the switches being switched and the lights turning on

The Altair 8800 was the first commercially successful personal computer. When you hear “personal computer”, you probably expect a keyboard and a monitor, but the Altair 8800 had a number of switches on the front for input. Users would flip these switches to enter binary data into the memory of the machine. Its only output was some red LEDs which could be read as output numbers, again in binary.

Eventually, the Altair had a Teletype terminal attached, for easier input and output. 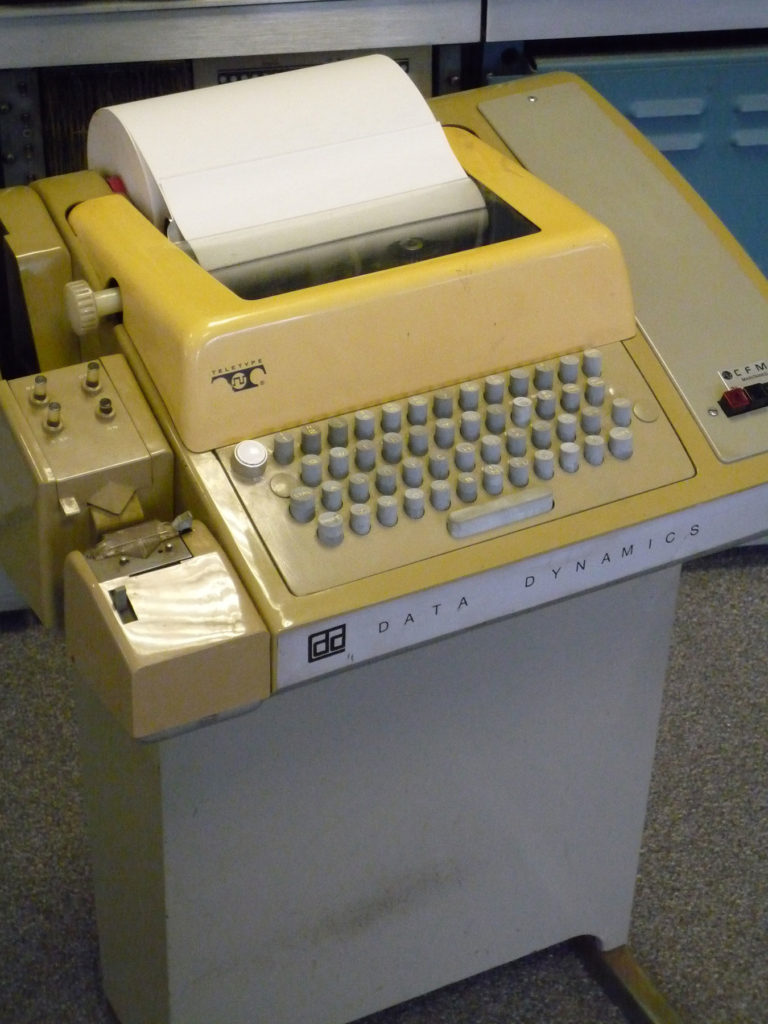 A Teletype machine was a kind of bridge between card punching and modern computers. It was an electromechanical typewriter. It was originally designed as a communication device. A user would type their message into the keyboard to send it. When the machine received a message (from a remote user on another machine), it would be printed by the typewriter. There was no monitor: any message received was printed immediately.

The Teletype was invented so that users could send messages without being trained in the use of Morse code. Messages could now be sent and received with no special training besides typing skills. It was later adapted to send and receive data from a computer, rather than a remote Teletype machine.

Each of these devices were an improvement on the device that came before it. They were all eventually replaced with devices we use now, such as the keyboard, mouse, printer and monitor. Please consider the following questions: