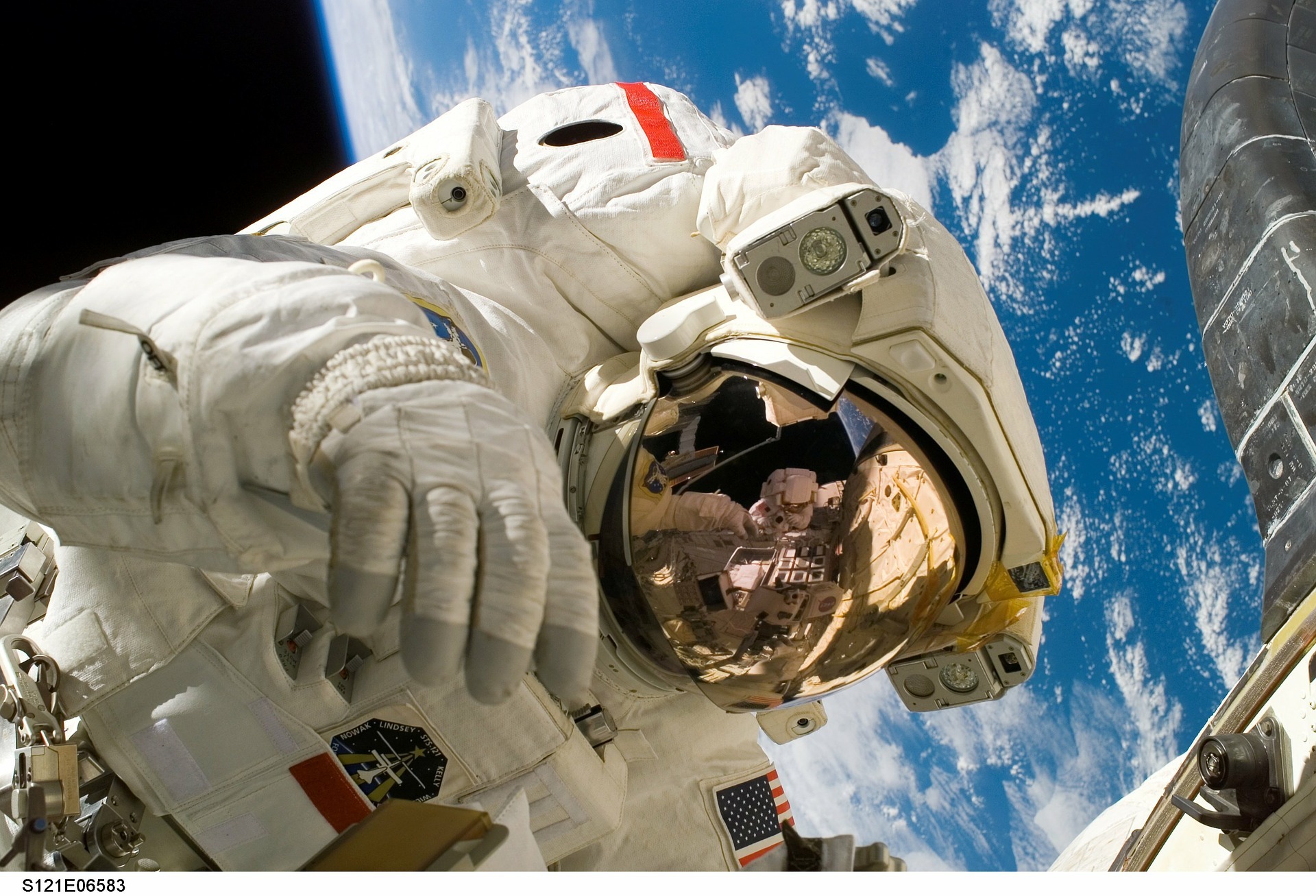 Since 1950, there have been over 320 human-crewed missions into space. There have also been on average 100 launches into and beyond the Earth’s orbit each year. These are mostly automated, meaning that no humans are put in harm’s way.

The vast majority of these missions are successful due to advances in technology but nevertheless up to 5% fail due to launch failure or system failures in space. The main hazards that missions in space encounter are due to the extreme conditions that the launch and the space environment itself place on technology.

One of the most dangerous environments in our solar system is actually our own back-yard! Current estimates suggest that there are currently in orbit around the earth:

Most of these were put there, whether directly or indirectly, by us. All of this debris is moving at several kilometers per second – fast enough to easily create a damaging crater or a hole in rockets, spacecraft and satellites.

Small spacecraft and satellites most commonly use Low Earth Orbit (LEO), the region closest to our planet ranging from 100 km to 2,000 km altitude. In the early days of space exploration (1950s-1970s), parts of rockets and satellites were freely discarded in LEO, some of which are still in orbit today.

Geostationary Orbit (GEO) – 35,786 km altitude – is much further away and more costly to reach, but is also very popular since a satellite at this altitude can stay above the same part of Earth constantly. Although geostationary satellites tend to all move at the same speed, collisions with debris travelling in a different orbit do occur, but this debris is too far away from Earth for us to detect in many cases. The European Olympus-1 and the Russian Express-AM11 were communications satellites that experienced collisions with unidentified debris. Since the 1970s, there has been a growing awareness that this ‘space junk’ poses a large and persistent hazard to future spaceflight. But we do not yet have the technology and launch capability to send missions out into space to track down and remove space junk.

The Juno Mission to Jupiter

The Juno mission was launched in 2011 to investigate the planet Jupiter and its moons closer than ever before, arriving in 2016. The Juno mission is exceptional because it had to penetrate Jupiter’s vast and intense magnetic field which is 20,000 times stronger than Earth’s and so large that it could contain the sun itself within its outer layers! The magnetic fields of planets are dangerous since they trap charged particles from the sun in ‘radiation belts’. So the Juno spacecraft had to survive the harshest bombardment of particle radiation in the solar system before even reaching Jupiter, with its sensitive electronics and sensors intact. Despite all the measures taken to keep this heavily armoured space vehicle protected from Jupiter’s intense magnetic fields and radiation belts, the mission only survived 20 months. It was estimated that the spacecraft would not be able to function longer than that under the intense radiation exposure. Leaving the spacecraft to orbit Jupiter ‘dead’ and uncontrolled would have turned the spacecraft itself into hazardous space junk that might have contaminated Jupiter’s ‘pristine’ environment with Terrestrial microbes!

The New Horizons mission to Pluto and beyond

The New Horizons mission launched in 2006 to cross the solar system with the ultimate goal of studying up close the distant dwarf planet Pluto, and the Kuiper belt of even more distant objects. This mission is exceptional because of the sheer distance that has to be travelled – to date over 22 billion kilometers from the Sun to pass Pluto and reach the asteroid-like objects in the Kuiper belt.

It was launched with a speed of 58,500 km/h, making it the fastest man-made object ever launched from Earth. Even with a gravity “slingshot” manoeuvre used to pick up extra speed by flying close to Jupiter it still required 9 years to reach Pluto in 2015 and another 4 years to reach the Kuiper belt.

Deep-space missions such as New Horizons must spend vast amounts of time travelling in the constant radiation, hard vacuum, and the extreme cold of interplanetary space. Temperatures normally drop as low as -245ºC near Pluto, cold enough to deactivate or destroy any electronics or robotic systems.

Nevertheless the New Horizons mission was very successful. The spacecraft only experienced one major software timing flaw that was rectified remotely (by engineers back on earth) before reaching Pluto, and has otherwise performed extremely well given its challenging objectives.

In the next steps we’ll think about some of the hazards that space missions encounter. At the end of this week’s activity we’ll learn more about the latest technological developments which help space missions deal with hazardous environments.

You might want to take a look at this article from the UK newspapers about space junk.

You can see several images from the New Horizons mission courtesy of NASA here.

What are your thoughts about the amount of material we have put into space? What are the implications of this for the future?