A line plot (also known as a line chart or curve chart) is a graph that displays information as a series of data points using a number line or by straight-line segments. A line chart is often used to visualise a trend in data over intervals of time – a time series (in these cases they are known as run charts).

To create a line plot, we need to create a number line first. Next, place an ‘X’ (or dot) above each data value on the number line.

The process of highlighting line plots is similar to that of scatter plots. Make multiple calls to the plot method, and give different colours to the lines you want to highlight.

Let’s look at how to highlight particular data points in a line plot. For this we can draw a line plot of flight data, highlighting just flights in 1955.

Import flight.csv file to Matplotlib extracted from the zipped folder.

Set the axis and size of the subplots. Here we will take twelve by eight (12/8) inches. 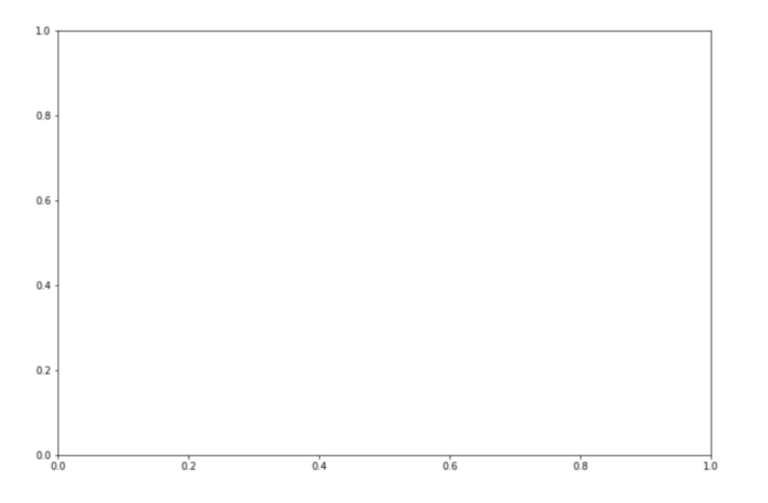 The figure shows a blank plot as the result of the code.

Highlight line colour corresponding to 1995. Draw all bars the same way as the line colour. 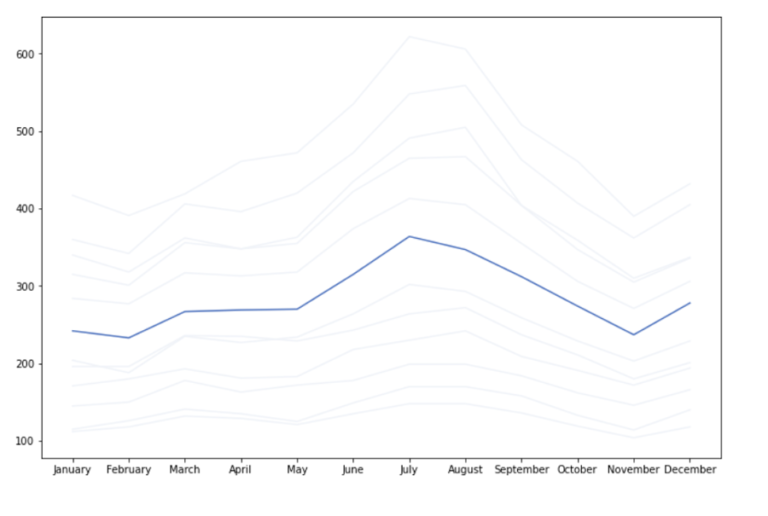 The figure shows details of the flight in 1995 (month, passenger capacity, and line colour as blue) as the result of the code.

A bar graph is a tool used in visualisation to compare data among categories using bars. A bar graph can be presented horizontally or vertically. Bar plot relation is direct: in the sense that the longer the bar, the greater its value.

Features of a bar plot:

To look at more examples of a bar plot, read the following and think about which example you like the best:

We saw how to change bar colour earlier, and we can use that technique to highlight a single bar as well.

Let’s look at how to highlight particular data points in a bar plot. Using the same data from flight data, highlighting just flights in 1953.

Use the same flight.csv file extracted from the zipped folder.

Since the file is already imported on Matplotlib, we’ll set the axis and size of the subplots directly. We will take 12 by 8 here as well.

Draw all bars the same grey colour. The bar method returns a list containing all the bars that were drawn.

Just set the highlight colour on the bar to where you want attention to be drawn. Do this by selecting the bar by its index and calling the set_color method. 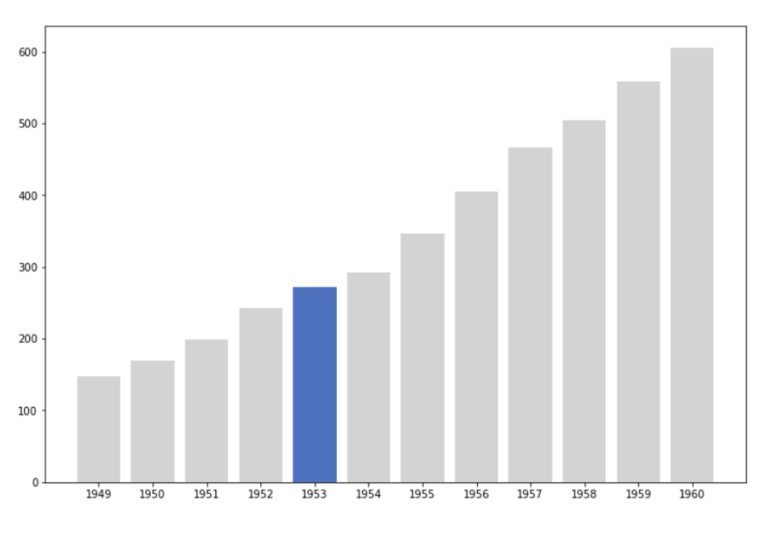 The figure shows details of the flight in 1953 (highlighted with blue color bar) as the result of the code.

Next, we’ll look at some ways to compare groups of data with highlighting.