Strontium location analysis addresses the inherent bias towards elite men in the written sources (described in the previous Step) to discover information about migration and emigration in the Roman Empire.

Technological advances mean that isotopic analysis can now be employed to establish whether individuals were migrants and, in some cases, to suggest where they may have originated. This type of analysis is useful because it reveals information about individuals from all levels of society.

Isotopes are atomic-level variants of certain chemical elements. The ratios in which ‘heavier’ and ‘lighter’ isotopes of the same element occur in nature vary according to certain environmental parameters. The isotope ratios most commonly used to identify migration in archaeology are those of oxygen and strontium. These reflect variation in climate and geology respectively. The isotopes enter the human body through the local drinking water or food and become fixed in the dentition (teeth) of an individual as the teeth form, during childhood. Individuals, therefore, carry ‘isotopic signatures’ in their teeth that characterise the area where they spent their childhood. These can then be compared with typical isotope ratios for the burial location. If the ratios match, the individual most likely grew up locally (although they may have moved from an area of similar climate and geology). A mismatch indicates that an individual must have spent their childhood elsewhere. In the case of a mismatch, the oxygen isotope signatures can also be used to broadly characterise the climate of the area the person lived in as a child, which may have been warmer (indicating coastal areas) or cooler (indicating continental areas) than the place of burial. The strontium isotope signature, on the other hand, can be used to identify the likely geological substrate of their childhood home.

Isotopic analysis is a relatively new technique in archaeology. Previous work on Romano-British inhumation burials examined individuals from Yorkshire (in the north) to Winchester (in the south of the province). This identified individuals from cooler more continental areas like Germany as well as people who grew up in warmer, more arid areas. There are also, of course, many individuals who probably grew up in the same place as they were buried.

Archaeologists then compared the grave goods and burial rites they already knew about to the isotopic signature evidence. In some cases they matched:

In other cases, they did not match: 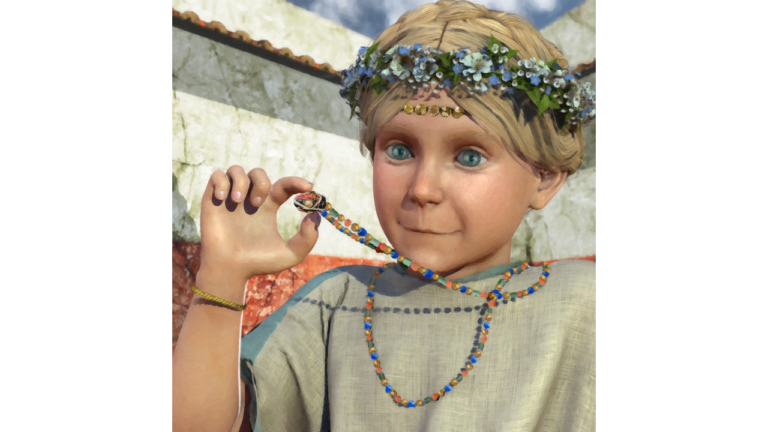 In general, some immigrants ‘blended in’ and the families and friends who buried them used local grave goods and burial rites. In other cases, individuals who grew up in Britain have been found with very ‘foreign’ objects, because their families wanted to maintain a connection with the customs of their original homeland. You’ll explore this later in the course.