Introducing the research project
View transcript
11.8
DR.
11.8
CAROLINA RANGEL DE LIMA: I’m Carolina Lima, curator and Roman specialist here at Colchester Museum. It’s great to have you with us on this online course developed with our colleagues at the University of Reading. I’m part of a research team looking to uncover new information about Roman cremations. Despite this being a common Roman practice, there’s still a lot we don’t know about this ancient tradition.
32.9
Many of these cremations were discovered over 100 years ago, but this is the first time they’re being analysed by specialists using modern osteological techniques. You’ll join us as we use this analysis to unlock the secrets of Colchester’s Roman dead. But before we identify what we need to know and how we’re going to do the analysis, let’s look at how these cremated remains came to be in our museum stores in the first place. Many of the cremations in our museum stores come from antiquarian collections. This means they weren’t excavated and recorded in the way you might expect from archaeologists today, but formed part of 19th and 20th century private collections and were eventually donated to museums.
66.9
At that time we didn’t yet have the archaeological and scientific techniques to fully study and understand them, so they’ve remained in storage until now. I’m currently surrounded by fascinating archaeological discoveries, but museums only have a limited amount of space to display these amazing objects. It’s important that any material, whether it’s on display or not, is properly cared for by museums, because we never know what new developments might allow us to revisit these collections in the future. Objects need to be stored based on their different conservation needs. This could mean different temperatures, packaging, or even levels of humidity, and the stores and archives need to be maintained accordingly.
100.4
Roman cremations are unique, because they generally consist of both the cremation vessel, which can be ceramic, glass, or metal, and the human remains inside, all of which have different conservation requirements. To keep them safe and well preserved, the remains are removed from the pots, carefully bagged, labelled, and kept separately in boxes. Together, we’ll be investigating just one of these cremated remains. I’ll introduce you to the osteologist on the project and ask how we can draw a picture of who this person was. You’ll follow the analysis and explore what we’ve learned from previous research, including what experts at the University of Reading have discovered about migration and mobility of people during this time.
134.7
We hope you enjoy uncovering the stories behind these discoveries with us.

Colchester is Britain’s earliest recorded town and, incredibly, the cremated remains of the people who lived there and helped birth Roman Britain survive. These cremated remains were excavated over 100 years ago and now reside in Colchester Museum stores.

We selected 22 cremations from more than 70 housed in the museum, chosen according to their potential for telling us about the person they represent in terms of surviving bone, associated grave goods, where they were found and what kind of container (if any) they were found in. We’ll follow the progress of research into one of these individuals, COL_20, in this course.

COL_20 refers to the 20th sample we analysed, COL referring to Colchester, as this burial group is now a part of the Colchester Museum collection. This sample came from the Mersea Barrow cremation, found on Mersea Island in 1912, a few miles south of Colchester on the Essex coast. A barrow is an earthen mound covering a burial; barrows were constructed in prehistoric Britain but also in the Roman world (where they are often called tumuli). 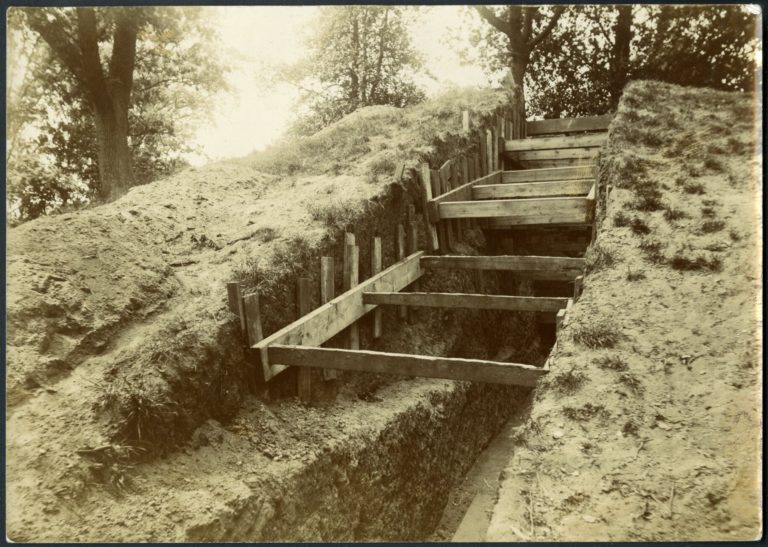 Excavation through the Mersea Barrow in 1912. ©Colchester Museums.

Watch Dr Carolina Lima explain how the museum has preserved these old collections so that they could be revisited and analysed.