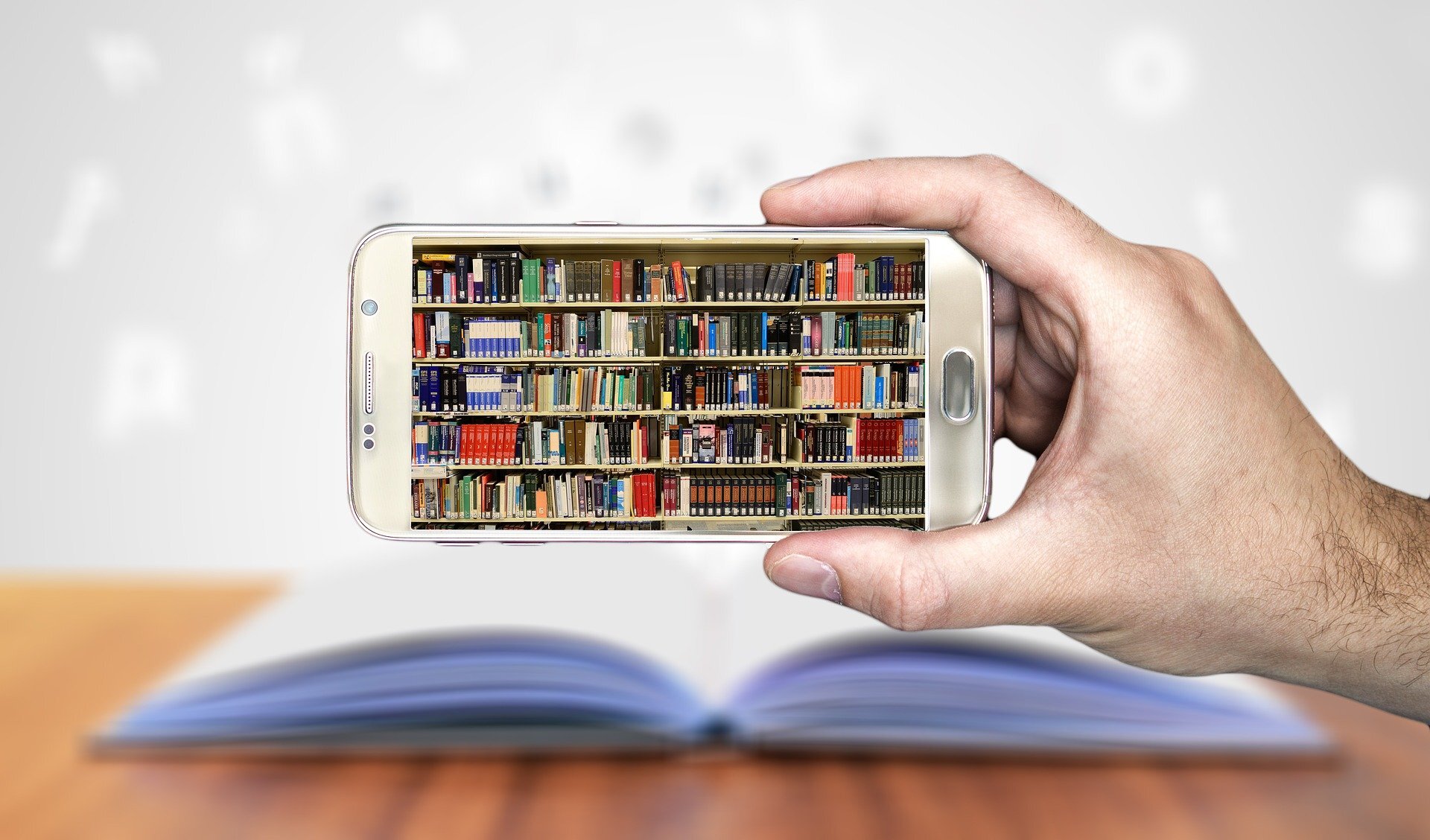 Understanding the language of DeFi is essential to interacting in the DeFi community. Here is a brief glossary of terms that you will encounter throughout this course and your interactions in the DeFi world.

We recommend that you download the PDF version of this glossary and keep it handy as you work through the course.

Aave: An open-source and non-custodial lending protocol enabling the creation of money markets.

Agent: An agent is an actor or decision maker in an economy. In economics, the term typically includes consumers, producers, households, firms and governments. In this course we will use the term ‘agent’ to describe a partcipant in a DeFi or CeFi system or process.

Bitcoin: The first cryptocurrency, for which Blockchain was conceived and the forst blockchain platform created

Blockchain: A distributed, immutable permanent record or ledger of all transactions since the beginning of a cryptocurrency coin or token.

CeFi: ‘Centralised Finance’, in other words traditional or conventional finance methods and markets. From a DeFi perspective, CeFi is represented by centralized cryptocurrency exchanges, businesses, or organizations with a physical address, and usually with some sort of corporate structure like traditional financial market participants (banks, investment banks, exchanges, fund managers and so on). CeFi business are also generally subject to applicable laws, codes of practice and regulations of the jurisdictions in which they operate.

CEX: A CEX is a Centralized Exchange, with a physical address and a corporate structure, subject to applicable laws, codes of practice and regulations of the jurisdictions in which it operates.

Coin: A unit of digital currency. Coins are secured by encryption algorithms. Coins can be divisible and ownership can represent a share of the ownership and/or governance of a coin, token, protocol, company, or project.

Composability: A measure of the usability and ability of a DeFi or crypto product to be used as a building block (or “money lego”) in the construction of other products or domains. A protocol that is simple, powerful, and that functions well with other protocols would be considered to have high composability.

Compound: A DeFi platform, based on a DAO. According to Compund’s own descrition it is ‘an algorithmic, autonomous interest rate protocol built for developers, to unlock a universe of open financial applications”.

Curve: A decentralized stablecoin Automated Market Maker (AMM), that offers trades among stablecoins and other synthetic assets on the Ethereum blockchain.

DAO: Distributed Autonomous Organization. Can be defined as an ‘organisation’ on a blockchain, represented by a set of rules encoded as a computer program (on a blockchain) that is transparent, controlled by the organization members and not influenced by a central government.

dApp: A decentralized Web3 software application that normally runs on a blockchain.

DEX: A DEX is a distributed exchange. The term is used widely in IT and in specialised markets (energy, for example). In DeFi a DEX is a type of cryptocurrency exchange that allows for direct peer-to-peer cryptocurrency transactions to take place online securely and without the need for an intermediary.

Discord: Discord is a real-time chat platform initially built for gamers. It has been widely adopted by defi and blockchain enthusiasts to share information and build communities.

Ethereum: Bitcoin is the original cryptocurrency but its blockchain is limited to one use – recording transactions to do with Bitcoin. Ethereum launched in July 2015, allows for much more complexity using smart contracts, its own design protocols and programming language.

ERC-20: A cryptocurrency protocol based on the Ethereum blockchain. An ERC-20 coin, by definition, uses this protocol.

Fiat Money: Fiat money is a government-issued currency that is not backed by a physical commodity, such as gold or silver, but rather by the government that issued it. Fiat currency is legal tender in (at least) its home jurisdiction, whereas many or most cryptocurrencies are not.

Flash Loan: A type of loan that is only possible in the world of cryptocurrencies. A Flash Loan is a type of loan where the asset, often Ethereum or an ERC-20 coin, is loaned out only for the duration of the length of time it takes to complete one transaction block on the blockchain. As long as the loan is paid back before the next transaction block begins there is no interest fee incurred by the borrower.

Gas Fees: Gas Fees are the fees that Ethereum miners receive to process and validate transactions on the Ethereum blockchain. They are levied in the native token ETH and usually broken down into tiny increments called Gwei.

Governance and Governance Tokens: Governance refers to determining, maintaining, adapting and enforcing the rules of a blockchain ecosystem, product, project or DAO. It specifically refers to control and use of a Governance coin or token that carries the right to take part in governance processes.

HODL/HODLer/HODling: HODL was initially a spelling error of ‘hold’ that became a term that was embraced as an inside joke by the early adopters of Bitcoin and Ethereum. The choice or decision to ride out volatility and hold onto one’s crypto investments through bull and bear markets is called HODLing. A HODLer is a person that HODLs.

Impermanent Loss: In AMMs, lending providers (LPs) contribute assets to provide liquidity for market participants. LPs occasionally will not receive the exact amount of assets upon withdrawal. The dollar value of the assets they withdraw would typically be lower than if they had no provided liquidity and just held the assets. This dollar value shortfall is known as impermanent loss. The loss is said to be ‘impermanent’ because if asset prices return to the level during withdrawal the loss is eliminated.

Leverage: In CeFi leverage means borrowing or using multipliers such as margin functions to amplify gains on trading. In DeFi it more specifically refers to the use of multipliers on exchanges eg: providing 1 Bitcoin (BTC) deposit on such an exchange could provide the investment power of 10 to 100 BTC if used at 10x to 100x leverage. Leveraged trades can amplify gains greatly but can also amplify losses as much or more on loss-making trades.

Legos (or Money Lego): A fundamental tenet of the DeFi space is building for interoperability. This allows the ecosystem to benefit from individual progress, pushing decentralized finance continually forward. As participants build useful things, they are able to be shared and combined in new ways, reminiscent of everyone’s favourite toy, Lego. When new people dive into the Lego ‘bin’, they find individual legos or preassembled combinations of Legos that they too start building with, creating bigger and better things.

Liquidity: Liquidity measures the circulating supply and how much trading activity there in an exchange, economy, or network. A currency with low supply and/or circulation is said to be illiquid.

Liquidity Mining: A form of cryptocurrency mining that supports work and transactions on a blockchain. Rewards are designed-in to incentivize liquidity mining providers, in addition to growing and supporting a blockchain’s user base.

Maker, MakerDAO and DAI: Maker is a decentralized, governed financial ecosystem based on a Stablecoin called DAI. DAI is algorithmically pegged to $1 USD, with no volatility. The MakerDAO is a smart contract which runs on the Ethereum blockchain.

Metamask: A popular mobile or desktop software cryptocurrency wallet that can hold, transmit or receive Ethereum and ERC-20 compatible coins or tokens.

Mining Pool: A pool of cryptocurrency miners that provides mining services to a cryptocurrency network. Mining Pool operators and contributors are incentivized by a coin or token’s programmed mining rewards to support transactions and provide liquidity on a coin’s network.

Multisig Wallet: A type of cryptocurrency wallet that controls access and changes to one or more Smart Contracts. Community governed projects like a DAO often require multiple signers to approve a transaction before it will be executed.

Oracle: A trusted feed of data, such as the current market prices of an asset or assets, that provides confidence to users that the data are timely, accurate, and untampered.

Pump and Dump: The term “pump and dump” refers to buyers piling into a cryptocurrency or token to inflate its price and then selling it all at once, which causes the price to crash. In CeFi, pump and dump schemes are often illegal.

Slippage: In crypto trade, slippage refers to a difference in price between buyer and seller expectations. Slippage can lead to a final sale price of the asset that is either more or less than the requested transaction amount.

Stablecoins: A stablecoin is a cryptocurrency that has its value pegged to the value of a stable asset. Stable coins are most commonly pegged to the US Dollar but can be pegged to other assets like gold or a basket of crypto assets

Stake/Staking: The act of depositing a cryptocurrency coin or token into a yield farming project and/or protocol, whether the access to the project is either through CeFi or DeFi methods.

Testnet: A testing network for a new coin, project, or product, or for potential improvements to an existing product or offering. A testnet can also be used by newcomers to ‘practice’ activities like staking and trading.

Tokens: Similar to a type of coin but with much greater functionality. Tokens can also be used as a method of payment like coins, but unlike coins, they can excel at other use cases such as the democratic governance of a protocol or system, or as a means to use underlying coins to make liquidity tokens from these coin deposits.

TVL/TLV: The Total Value Locked (TVL), sometimes also called Total Locked Value (TLV) is a measure of the dollar value of all the investor deposits in coins or tokens locked into a platform, protocol, lending program, yield farming program, or insurance liquidity pool.

Uniswap: Uniswap is a decentralized finance protocol that is used to exchange cryptocurrencies. The Uniswap exchange is an automated market maker. This is a type of decentralized exchange that offers various pairs of tokens for trading and liquidity provision.

Wallet: A software application or hardware cryptocurrency wallet that can hold a variety of coins.