How can arts-based activities affect staff within care home settings? 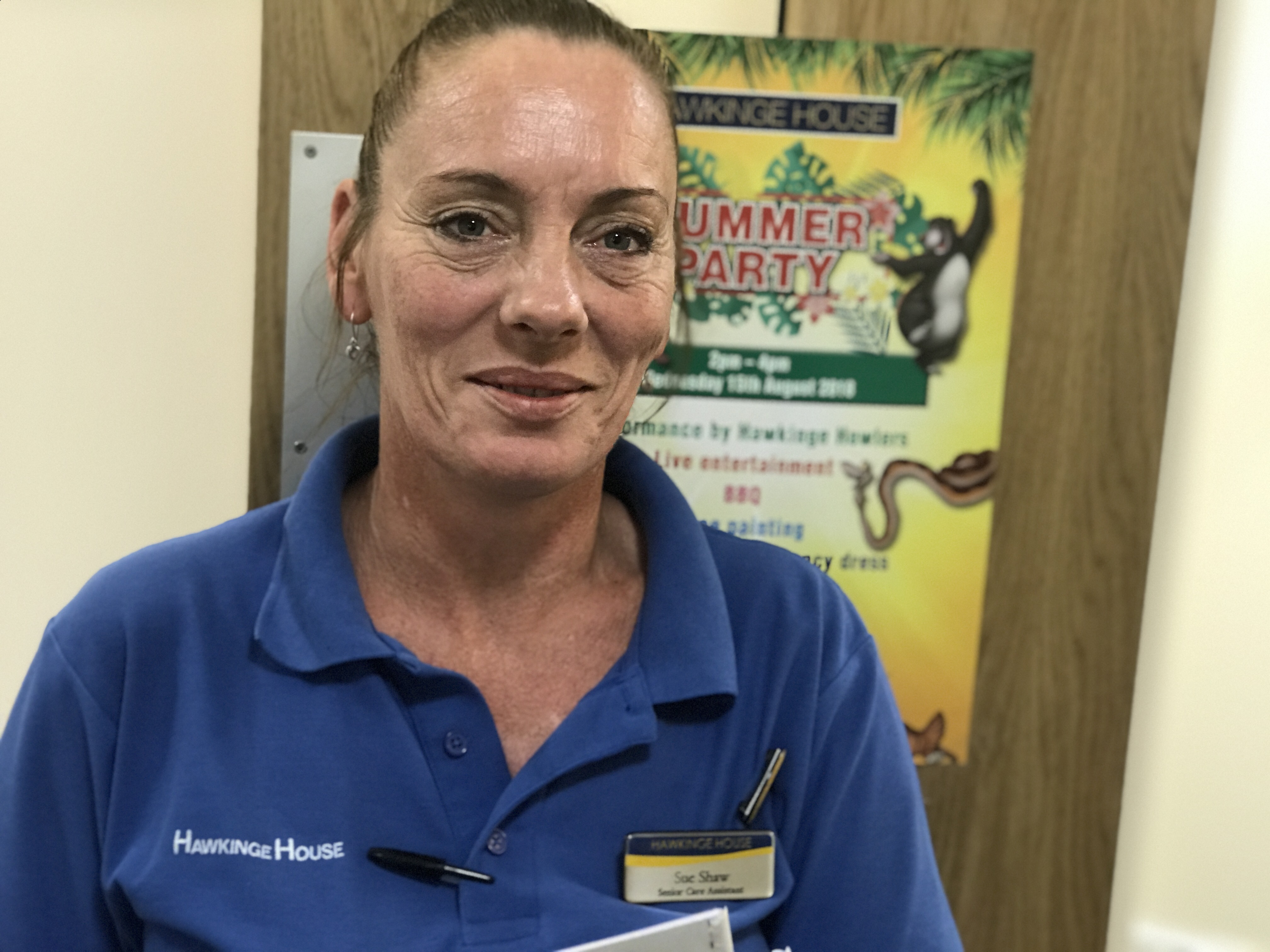 The nursing home took Living Words on to run their writer training programme. At the start, I didn’t really understand what Living Words were doing. It is a different way of thinking, so I didn’t understand it until Susanna spoke to us, one to one.

I was interested in taking part as I am passionate about dementia. I am a very open-minded person and I know it is important to be this way in my job. But not everyone who works in care homes is open-minded. The programme is not necessarily something a carer would normally try, but it is worth a try. I don’t think everybody understands how the arts can impact dementia care and the idea of doing ‘with’ rather than ‘for’. Given more time I think people could understand and take part more, but staff are in such a hurry that doing things for people is easier and faster. When I saw our residents’ books I started to really understand the project. It’s not something we had seen before.

Sofia* was the one who opened the project up to me. You don’t know the resident before; you don’t know about their care plan. You go to each person as a blank page, as it were. But everything in her book makes sense in relation to who she is. She talks a lot and it sounds like rambling but her words that Living Words captured shows us how she sees herself, now. And she is still working in her head.

When her book was read with her she was fully aware of what was happening and that it was her words that were in the book; she agreed and added words as it was read, and said how proud she was. It was amazing.

View Course
There’s something about having the actual book. It means there is something for the resident that the carer can focus on. It can be hard to get someone’s attention sometimes. And with the book, you can both focus on it. For another resident on the project, it seemed like a classic example of relief – she was relieved, happy, felt someone had listened. She felt and looked like she was in a good place. It was so nice to see.
I am an Esther ambassador and coach. Esther is a specific person-centred method used in Kent. I know how hard it is to get staff on board with new ideas, to think differently. People get stuck in routines, they don’t always want to change. There are not enough people trying to communicate and enable self-expression with people with advanced dementia. These people need to communicate. They are frustrated. It is like someone putting a ball in our mouth and us being expected to communicate.
None of us were unsettled by Living Words being in the home. They were subtle and good at blending in; there wasn’t any disturbance in any way. Unknown people can easily affect the atmosphere and chaos can be created on a dementia unit so quickly. But even with Living Words here the whole floor remained calm. And residents responded to them, even though they didn’t necessarily recognise them. Residents just knew that each member of Living Words did something with that made them feel good about themselves. I could see that.

I think the project has opened the carers’ eyes, because through them we have gained more understanding about what each resident is saying, including from people who we don’t normally expect words from. Even though Living Words were with them for a long time just one or two words can make all the difference to our understanding.

It has become a big topic of conversation on the floor – people are intrigued and interested, we are talking about it and want to spend more time with residents. If people are talking about it, it means they are thinking about it and they then want to try it. Because the Living Words team has spent a long time with the residents it has given us a head start, so we can now carry on the conversations. It is a shame we cannot have Living Words all the time, because we would learn so much more, I am sure. Carers don’t get the time to sit with people, as much as we would want to, because we have so much going on.
Through my Esther work and my love of dementia work, I want people to know who these people are, not simply who they were. Of course you can see the person from when they were younger but more importantly, make sure to see them as they are now. I believe in trying things out – go small, then go bigger. I decided to put frames inside each person’s room that displayed their likes and dislikes, and I received negative feedback from some staff about that. But from their negativity came a positive: they got involved. I had done it because I wanted people to communicate with the individual, not just have a one-sided conversation about the weather. Even with the frames it took time to get people on board, for them to recognise that the words in the frames would change, just as likes and dislikes changed – to show that people continue to change.

It is nice to think that people will use these books to communicate, even those who find it difficult. I have to encourage other members of staff to engage. Everyone is different, for some people it is hard to get on board with a project like this, but that is our job – to try, to think differently, to not become stuck in routines.

I will definitely remember this project and I think it should take place across all homes providing care for people with dementia. And I think it should last as long as possible. We have had relatives asking why their relative doesn’t have a book, so people are already lining up for the next project. This shows how important it is.

In general, when doing an arts project, make sure the artists talk to the staff as much as possible. Ask for help. Tell us what you are doing. Explain it. If it is helping us to understand our residents and dementia more then it is great. We know it will become emotional – we all accept that and the artists must too. We have chosen to work in dementia, where it is often a matter of life and death. But if you are an artist coming into a care home accept that not everyone will be on board. Some might even want you to fail, because change is hard for some people. But if you are subtle and carry out your work bit by bit, people can surprise you by coming around. It won’t be everybody, and it might take some time! But if you model your approach, and you might be surprised that people will start copying you.

To continue the process, I’m asking our Key Workers to read the Living Words books with (not to!) the participants from the project, and they have a little notepad and jot down any other words that come from them. I am realistic and accept that not everyone will do this as not everyone has the passion. Let’s also not pretend that we understand what each resident is trying to say. But our residents know – you can tell when they are trying to tell you something, and so we need to listen. They want someone to listen. These books allow that to happen and give us an entry point to more words, more understanding, better caring. I feel that we are here to make a difference and this project gives us a chance to do that. A lot of people went to the workshops and are now talking about residents’ ways of speaking. People are talking, thinking, changing.

If you are a professional carer working in the care home, do you share any of the experiences that Susan has described? How do you think that an arts-based programme such as Living Words would fit in on your unit? If you are a relative of somebody living within a care home, how welcoming would you be of a programme like this one? Please share your thoughts in the comments.