What is Emotional Intelligence?

What is emotional intelligence? In this step, Dr. Diane Hamilton breaks down the features of EI and compares it to emotional quotient. 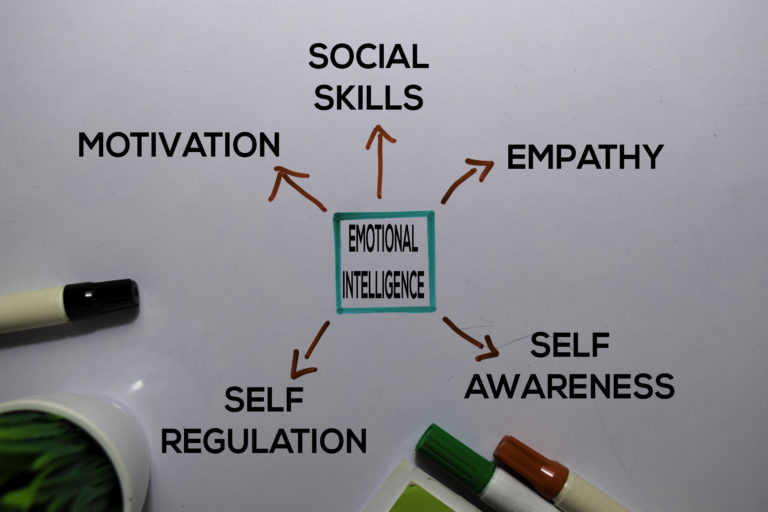 That question may not be as simple as it seems. EI is sometimes confused with the term emotional quotient or EQ, which is the measurement of EI. The two terms can easily be confused. Further, even those who are viewed as pioneers in the study of emotional intelligence all seem to take a slightly different view on the subject.

Some of the earliest studies of EI were conducted by psychologists Peter Salovey and John D. Mayer. In their work, the two established that emotions enhance one’s pursuit of productive outcomes when properly directed, which was in stark contrast to earlier theories of intelligence, which posited that emotions tend to impair logical thought or reasoning.

In their article “Emotional Intelligence” [1], published in 1990, the two professors defined the concept as “the ability to monitor one’s own and others’ feelings and emotions, to discriminate among them and to use this information to guide one’s thinking and actions.”

Their work was considered groundbreaking in the way they dissected the concept of EI into three categories:

Their work is instrumental in defining EI and establishing the relationship between EI and a wide range of behaviors deemed critical to success, from creativity to leadership.

Another pioneer in the study of EI is psychologist, author, and science journalist Daniel Goleman. Though heavily influenced by the findings of Salovey and Mayer, he formed a somewhat different view on the subject. He has authored several books on the significance of emotional intelligence and has been an ardent champion of the notion that our emotions play just as critical a role in our success as does our intelligence. Goleman is largely credited for taking the work of Salovey and Mayer beyond the research lab into the mainstream.

In his definition of emotional intelligence, Goleman described EI as having these five components:

What do the authors, motivational speakers, business leaders, and entrepreneurs say about the two?

Kare Anderson, an Emmy-winning former NBC and Wall Street Journal reporter and a guest on my program [3], took the question to an even deeper psychological realm:

“We need to keep reminding ourselves that what makes us feel anxious, fearful, slighted, or otherwise stressed can have a deeper and longer tug on our attention than what makes us feel happy. Remind yourself that when you find a reason to feel good, in the moment, you can become more observant and able to make smarter choices, learn more and deepen connection with those you are around.”

However, from whichever vantage point you view the subject, the numbers don’t lie.

Forbes reported that forty-six percent of newly hired employees will fail within eighteen months. A lot of that is attributed to miscommunication, interpersonal skills, and soft skills, including emotional intelligence.
People typically don’t lose their jobs because they can’t do the work. They lose their jobs because they can’t do the work with other people, whether it’s colleagues, supervisors, subordinates, or customers. Personality clashes are not a function of intelligence as much as they are a function of emotional intelligence.
Simon T. Bailey is a public speaker, author, life coach, entrepreneur, and author of Shift Your Brilliance: Harness the Power of You, INC [4]. He laid the topic out in very sobering terms on my show:

“There are two different spectrums. There are leaders who are narcissistic and unfortunately will not keep their employees for very long. Then there are leaders who are tapping into that deeper emotional area. They are becoming very self-aware. To borrow a little bit of your work and your dissertation around emotional intelligence, they are becoming aware of their areas where they have failed because whatever you don’t deal with will eventually deal with you.”

Guy Winch, psychologist and author of the bestseller, Emotional First Aid: Healing Rejection, Guilt, Failure, and Other Everyday Hurts [5], offered his view about the universal nature of EI:

“When we experience emotional wounds like rejection, failure, or loneliness, we’re not even aware that these are emotional wounds that need to be treated. Why it resonated with people is because everyone has emotions, and everyone was like, ‘Yes, I have those feelings.’ Maybe that’s correct that we do need to do something about them. Across cultures, languages, age, gender and races, EI is a characteristic that affects us all.”

Kevin Surace, an American technology innovator, speaker, and entrepreneur, made the differentiation between EI (or EQ) and IQ. When I interviewed him on my show recently, the CEO of Appvance, creator of an AI-based software QA platform, and Inc. magazine’s 2009 Entrepreneur of the Year [6], answered this way:

“‘Can AI help us with X?’ is a curiosity question in Silicon Valley today. Often the answer is no. Everyone to your left and everyone to your right has about the same IQ plus or minus ten points. So, your IQ is not what’s going to determine if you can become a CEO. Chances are, everyone is as smart as the next person, so that’s not the determining factor. What differentiates them is EQ, which they’re not taught in school, in college, or at work.”

Okay, so we’ve heard from the scientists, the entrepreneurs, the authors, and the motivational speakers. But what about the tough guys, I mean, the really tough guys.
How would they view the importance of soft skills, including emotional intelligence? Would they characterize EI as being critical to leadership?
I was determined to find out, so I talked with Mark Divine, a Navy SEAL and expert in human performance [7]. He emphasized mental toughness, leadership, and physical readiness. You would think his would be the consummate macho-based program with little or no focus on what we call soft skills. But I’ll have to say, he surprised me when I interviewed him.
When I asked him about the significance of EI in his leadership program, he said, “It is the power of your whole mind that makes a profound impact on the decisions you make and on your quality of life . . . that is the combination of your emotional intelligence, visual intelligence, imagination, visualization, and your intuitive intelligence. Much to the contrast of what many people believe, EI is an essential quality of toughness and leadership.”
There is a wealth of knowledge regarding the importance of developing curiosity. Researchers have concluded that curiosity, especially trait curiosity, has a positive relationship with emotional intelligence.

2. Goleman D. Emotional intelligence: Why it Can Matter More Than IQ. Bloomsbury; 1996.