Stephanie Jesper looks at whether our awareness of mental health issues is increasing. 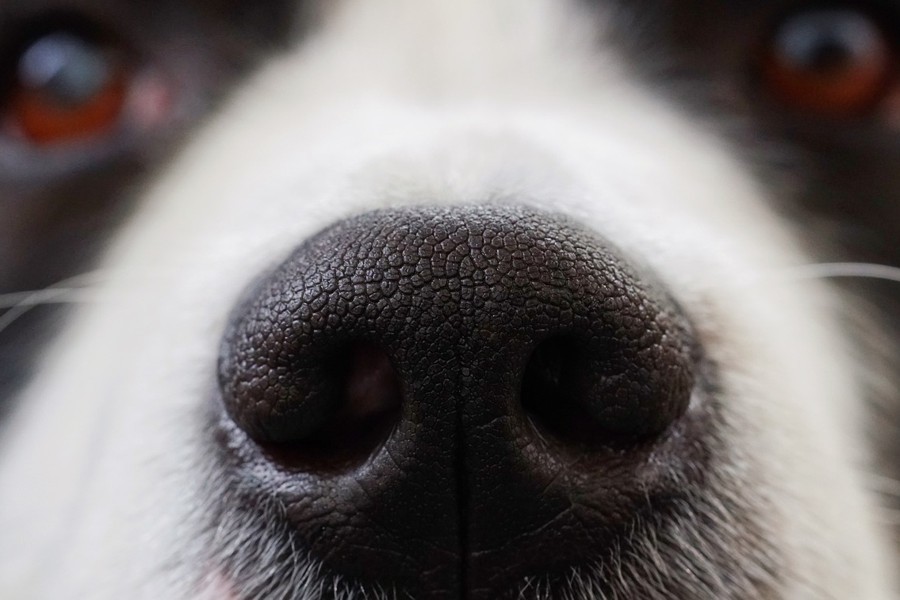 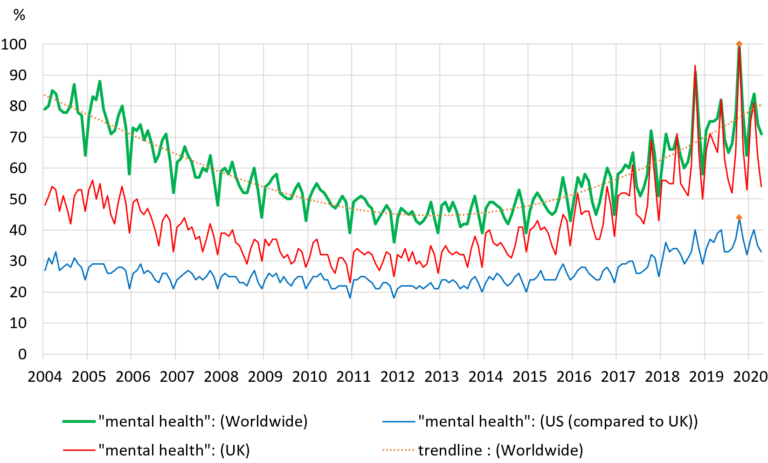 There are clear spikes of interest in that graph: particularly in October, corresponding to World Mental Health Day and in spring, apparently coinciding with a range of other awareness drives. There’s even a decided dip at Christmas. But it’s the overall picture that we need to concentrate on. If we look at the worldwide data, the orange lozenge at October 2019 marks the point when most searches for the term “mental health” took place with respect to other searches. It coincides with World Mental Health Day, as well as the last time we ran a version of this Digital Wellbeing course. This peak forms part of an upward trend in proportional use of the search term since a low in 2012 in the middle of what’s been quite a clear curve of declining and increasing interest since Google’s records began in 2004.

A similar graph for the UK alone makes for an interesting comparison to the worldwide picture. While they share the same peak of interest (October last year), and a similar trajectory since 2004, the UK’s peak exceeds that seen 15 years ago – in other words, the UK has never been more interested in searching for the term “mental health”. The US line (pegged to the UK high in the graph) also had its peak last October, again exceeding the term’s popularity at any point in the preceding decade-and-a-half: the term “mental health” accounts for proportionally less searches in the US than it does in the UK, but both territories are showing an upswing.