For this research case study, we’ll revisit Professor Ric van Noort, this time to learn about his research into the advanced manufacture of facial prostheses, especially for facial disfigurement.

Below are some images of the prostheses described in the video, and an example research paper on the ‘fit’ of crowns produced using computer-controlled manufacture. 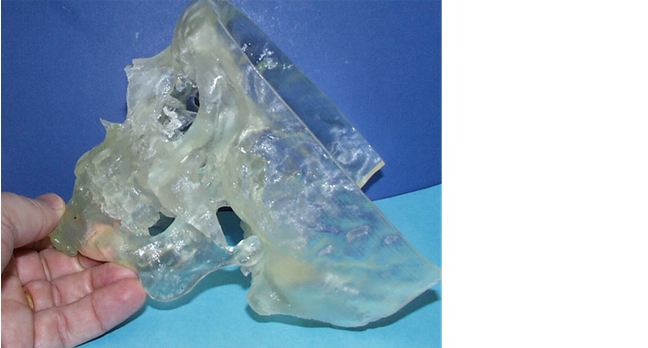 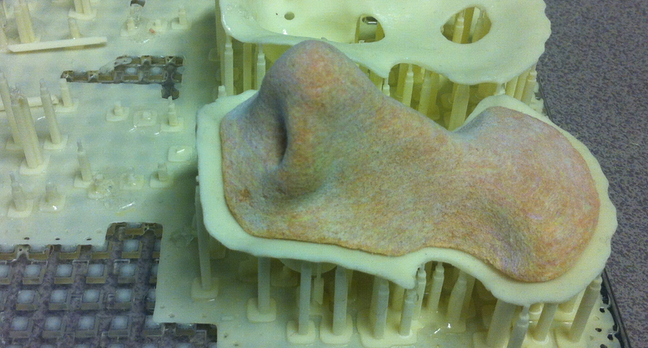 Experimental 3D printed nose produced using powder and binder printing combined with up to four inkjet heads to reproduce colour. Currently produced from a scan of the original prostheses, but computer design methods are being researched. 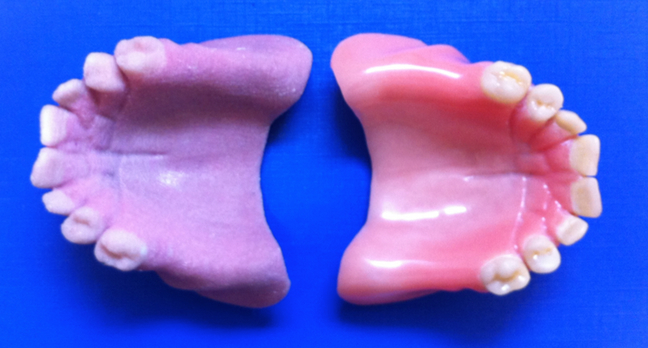 Experimental 3D printed denture (left) produced using powder and binder printing. This one was produced from a scan of the original made using the conventional laboratory technique, but methods to produce the complete denture digitally (from a digital scan of the mouth to the printed denture) are currently being researched.