How is an outbreak triggered?

Declaring an outbreak has started is an important step. Read more from Jimmy Whitworth and Daniel Bausch about how this is done. 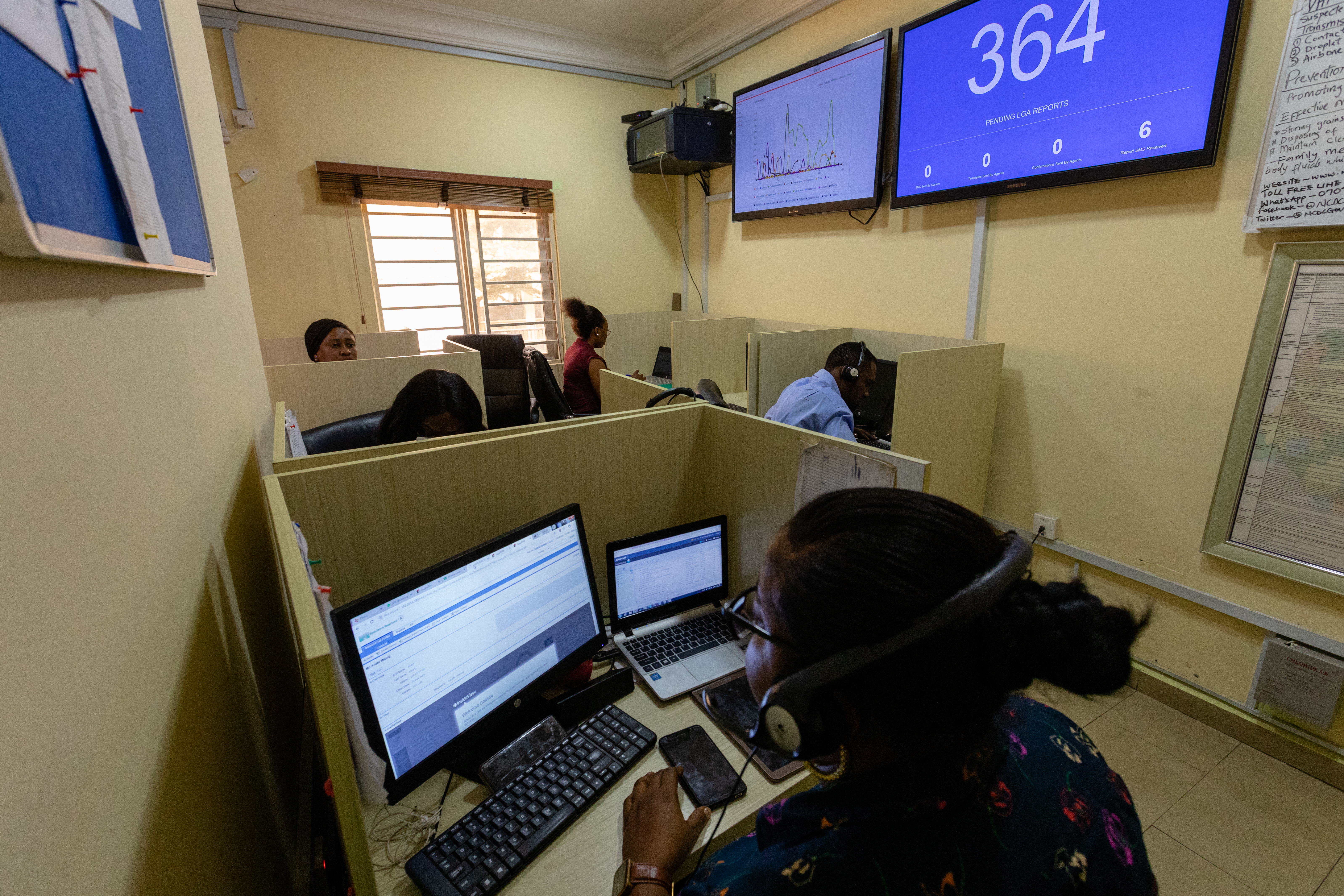 Why is it important to declare an infectious disease event an “outbreak”?

Declaring an infectious disease event an “outbreak” has importance in terms of drawing the necessary attention and mobilizing the required resources for effective control. It is important to “get it right”, since delayed recognition risks unchecked transmission, potentially risking lives, while mistakenly declaring an outbreak when one does not exist wastes resources and diverts energies away from more important health priorities.

Outbreaks can be of any size and severity. For the more serious outbreaks that could be considered emergencies, the WHO Grading System, defines as follows:

The responsibility of determining a PHEIC lies with the WHO Director-General and requires the convening of a committee of experts – the IHR Emergency Committee — who advise the Director General on the recommended measures to be communicated on an emergency basis.

How is an outbreak detected and declared?

As discussed in Week 1, an outbreak is defined as the occurrence of more cases of a disease than would normally be expected in a defined geographic area over a particular time period. In some situations, it is relatively easy to detect and declare an outbreak. For example, since we do not recognise any level of endemic transmission of Ebola virus, a single confirmed case always constitutes an outbreak. For other diseases, especially those which are endemic and/or seasonal, it may be much harder to determine that outbreak level transmission is occurring. For example, peaks of seasonal influenza virtually always occur during the winter in the northern hemisphere. Determining that the level of influenza virus transmission has significantly increased from normal endemic to epidemic levels requires significant epidemiologic and statistical analysis.

Since some outbreak signals may be misleading, careful evaluation is warranted before declaring an outbreak. Often this is achieved by sending a small team for rapid assessment to confirm that significantly increased transmission is indeed occurring. Numerous rapid assessment tools exist, such as the WHO’s Rapid Risk Assessment of Acute Public Health Events. False signals can result from, for example, increased case detection from recent efforts to enhance field or laboratory surveillance, or the arrival of a new researcher or clinician with interest and expertise in a particular disease that was previously under-recognised.

Since many diseases may look alike, laboratory confirmation is usually essential, and is also central to monitoring and tailoring response measures to the causative pathogen. Remember that an ‘outbreak’ may not have an infectious cause. It could be due to ingestion of toxins or poisons, or even a nutritional deficiency. Although not always possible, ideally, biological specimens and detailed supporting clinical and epidemiological data should be rapidly provided to a reference laboratory with capacity to screen for the full range of likely known, as well as novel, pathogens. If initial diagnosis is made at more basic field laboratories, results should subsequently be confirmed by a reference laboratory, or at least through use of assays validated against a ‘gold standard’ with high specificity and sensitivity. The laboratory should be consulted early in the process to assure that the appropriate specimen (e.g. blood, throat swab, or sputum) is collected and to provide guidance on safe collection and shipping, including cold chain requirements. 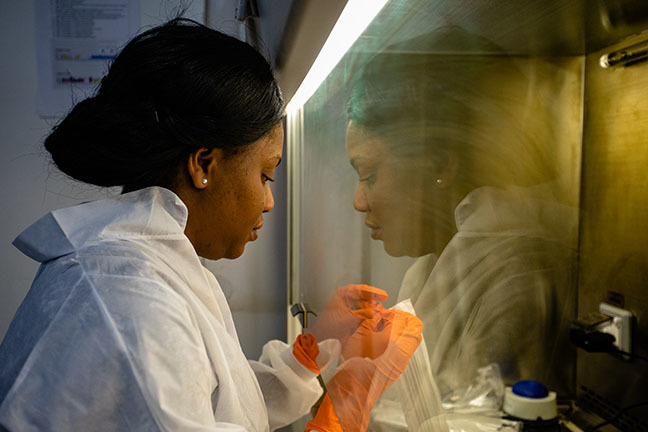 Rapid laboratory confirmation may not always be possible due to insufficient laboratory infrastructure in remote or resource-poor areas, absence of samples for testing (for example, if all suspected cases died before samples could be collected), or if the causative pathogen is truly novel, and therefore not detected by existing tests. Especially if the morbidity or mortality appears to be high, outbreak response measures should be rapidly initiated based on the most likely diagnosis from clinical and epidemiological observations. The response can then be adapted when laboratory confirmation is available.

How is an outbreak response triggered?

Whether and when to trigger an outbreak response is based on a number of both epidemiologic and practical considerations. Ideally, thorough surveillance, reporting and horizon scanning will regularly highlight any potential concerns for early evaluation and, if needed, response. Outbreak signals may originate from various sources, including: 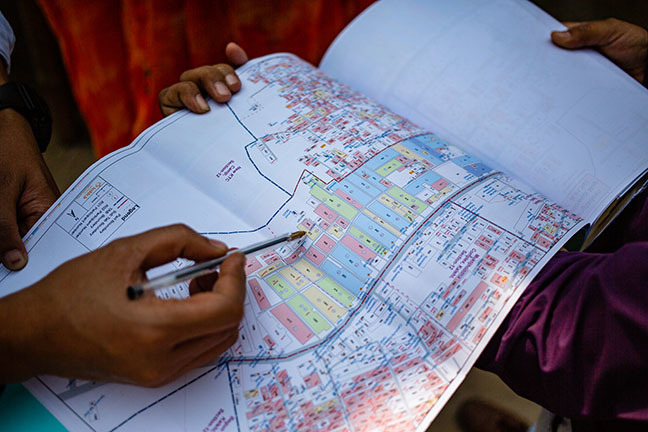 What actions are taken once an outbreak is confirmed?

Once an outbreak is confirmed, there are a number of practical questions to ask:

Who has jurisdiction over the outbreak response, including invitations for outside support? National and local health authorities have jurisdiction over their countries and territories. No response from an outside entity, no matter how well-meaning, can occur unless permission is given. Even WHO does not have the right to act in or on behalf of a country unless granted permission from its authorities. This is often also the case at regional or local levels. For example, federal governments often require approval of local health authorities to engage in response efforts in their state or district.

Who decides whether there is need for international involvement?

Outbreaks can range from one case to millions, depending on the pathogen and a host of socio-economic and political circumstances. The response can similarly range from relatively simple (e.g. sending one local epidemiologist to assess and recommend) to major multi-national efforts cutting across a wide range of public health and biomedical disciplines, classically termed “response pillars”, organised through a central Emergency Operations Centre with dedicated personnel. The required pillars may vary and be adapted depending upon the nature of the outbreak.

Which factors are considered before a response is triggered?

An effective response requires significant human, technical, and financial sources. Once an outbreak is confirmed and an invitation to respond received from the appropriate authorities, the potential responders must consider a number of technical and practical factors. Foremost among them is whether the responding team possesses the human resources and technical capacities required, which are usually set out in “terms of reference” set by the requesting party. Most potential responding organisations will have the required scientific and public health expertise, but not all will have outbreak experience or the required “soft skills” to work effectively as part of a team in a potentially high-stress outbreak setting, or the language skills required. Many of these issues can be overcome through a series of pre-deployment trainings focused on teamwork, security and, over the longer term, language courses.

In addition to the required technical expertise and soft skills, a host of logistical concerns must be addressed, especially for international deployments. These include ensuring that adequate financial resources to deploy personnel (usually for periods of at least four weeks); procuring visas; addressing occupational health issues and establishing medical clearance; arranging flights; lodging; in-country transport and communications; and conducting thorough risk assessments and determination of duty of care should a team member fall ill or have an accident on deployment.