In this article, we'll discuss why domestic violence and abuse is a gendered issue, and how our understanding of gender help survivors. 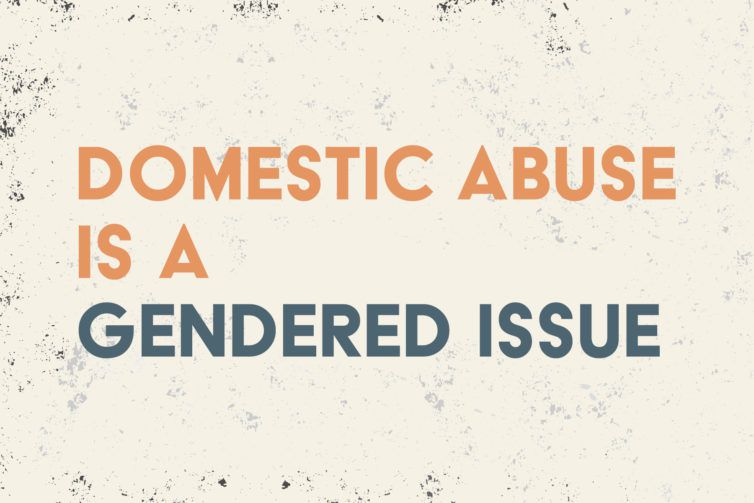 The United Nations defines VAW as:

Any act of gender-based violence that results in, or is likely to result in, physical, sexual or mental harm or suffering to women, including threats of such acts, coercion or arbitrary deprivation of liberty, whether occurring in public or in private life.
United Nations Declaration on the Elimination of Violence against Women 1993

Girls and women are exposed to violence and abuse in every setting. From the privacy of their own homes to public spaces like shopping malls and the workplace.

View Course
In situations of conflict and war in any part of the world, girls and women suffer abuse and violence at higher rates and with higher frequency and intensity. VAW is often driven by attitudes about gender roles that normalise and justify violence.
Here are some examples that you may be familiar with:

One characteristic of gender-based violence is that it knows no social or economic boundaries and affects women and girls of all socioeconomic backgrounds in every country, whether developing or developed.
There are many different examples and forms of VAW and these range from female foeticide, female infanticide, female genital mutilation, child marriage, grooming, trafficking, street violence, acid attacks, rape, sexual assault, stalking, harassment, street violence, dowry-related violence, bullying and harassment in the workplace, forced marriage, honour killing, intimate partner violence and domestic violence and abuse.

Domestic violence and abuse in the home

Whilst GBV or VAW is concerned with all forms of violence and abuse that women experience in both public and private spaces, intimate partner violence (IPV) and domestic violence and abuse (DVA) are specifically concerned with the abuse and violence that they suffer in their own home, at the hands of someone close to them.
Available evidence suggests that one in three women worldwide are subjected to physical or sexual violence at some point in their lives. In most cases, the perpetrator is someone known to the woman, such as an intimate partner, ex-partner, husband, boyfriend or a family member. It can occur in marital, cohabiting, heterosexual as well as same-sex relationships.
DVA/IPV remains one of the most prevalent forms of gender-based violence. In fact, it is associated with child abuse and can be masked and presented as elder abuse later in life. 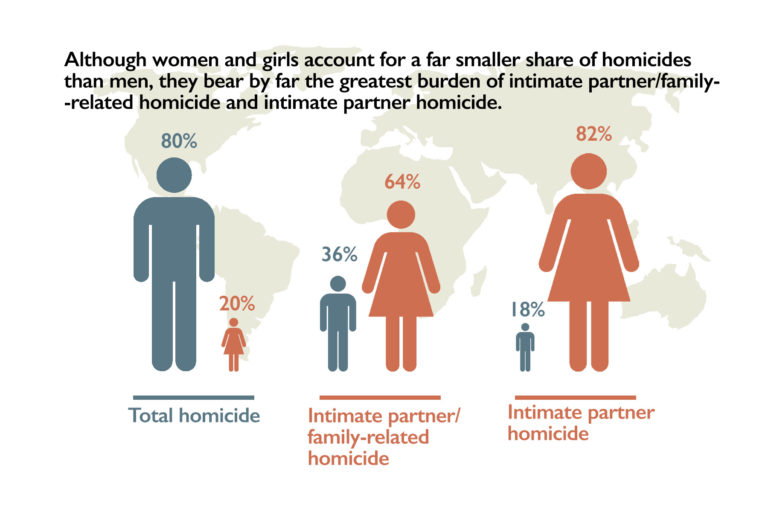 From Global Study on Homicide: Gender-related killing of women and girls, by United Nations Office on Drugs and Crime, © 2018 United Nations. Used with the permission of the United Nations.
Whilst it should be acknowledged that men, women and transgender people in straight, gay or lesbian relationships can all perpetrate and experience DVA, it is important to recognise that DVA is experienced disproportionately by women and perpetrated predominantly by men.
The violence that women experience is more repeated and systematic, more severe and more likely to result in injury or death.
Men, as current intimate partners or ex-partners, remain the most common perpetrators of IPV.
© The University of Sheffield