Forms of domestic violence and abuse

In this article, we'll look at the types of behaviours and acts that can be classed as domestic violence and abuse. 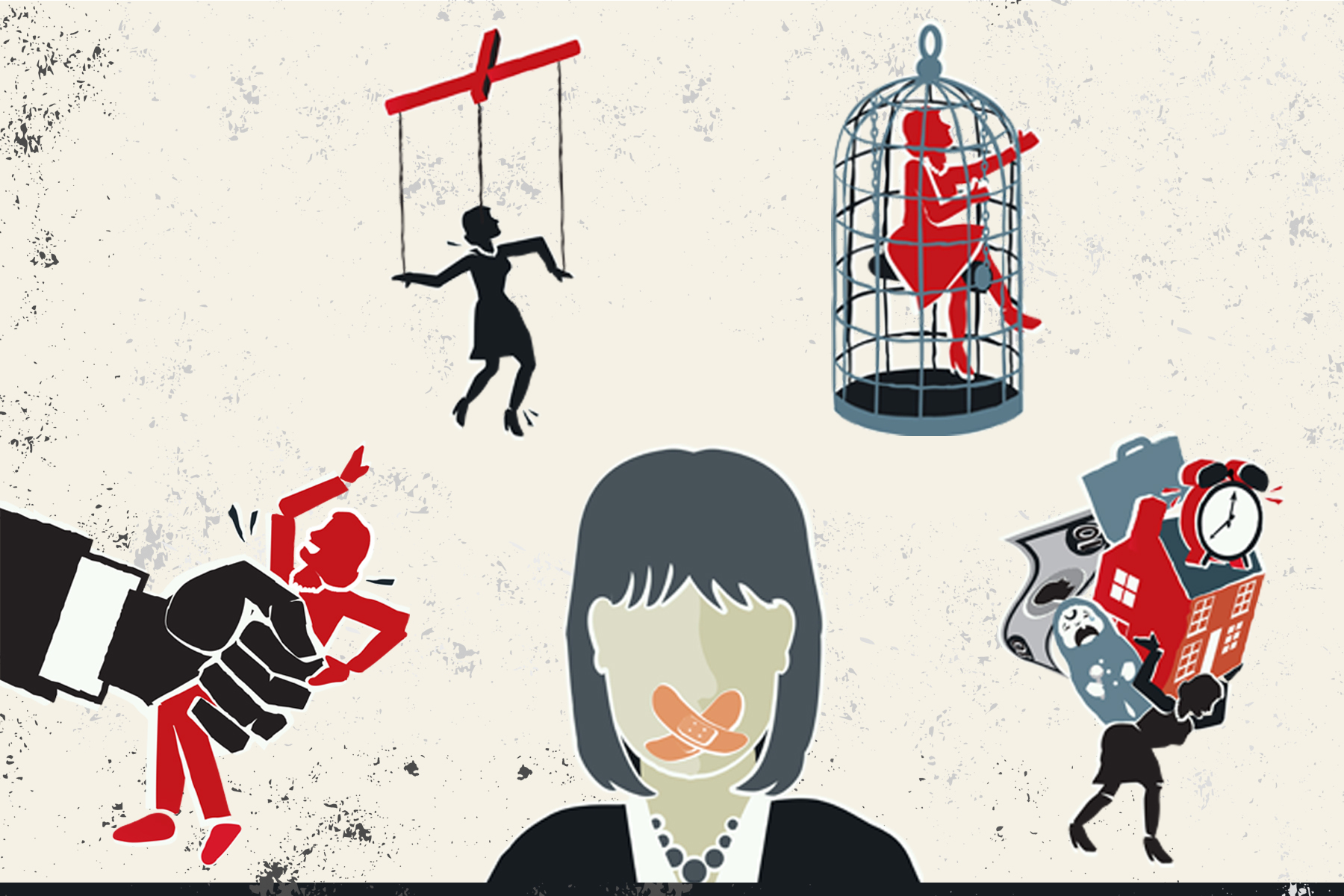 As we discussed in the previous step, domestic violence and abuse isn’t always physical. DVA is any behaviour that is intended to dominate, threaten, coerce and control someone else in an intimate relationship.

It can be useful to categorise DVA in the following five ways:

Examples of physical IPV include beating, kicking, slapping, pushing, shoving, dragging, biting, stabbing, scratching, hitting with or without a weapon, choking, threatening or using a weapon to cause physical suffering to the victim.

This can take the form of forcing or coercing a partner into sexual acts, making unwanted sexual comments and forcing a partner to perform or engage in sexual acts that they find unacceptable, degrading or humiliating.

Financial or economic abuse refers to controlling a person’s ability to acquire, use and maintain their own money and resources.

They may prevent the victim from working to earn their own money for example by not letting them go to work and sabotaging job interviews. They might take their welfare benefits, use their money without consent, build up debts in their name, damage their property and possessions and withhold maintenance payments.

A specific characteristic of IPV is the presence of coercive control. This refers to a range of acts designed to make a person subordinate and/or dependent by isolating them from sources of support, exploiting their resources and capacities for personal gain, depriving them of the means needed for independence, resistance and escape, and regulating their everyday behaviour.

At times, coercive control is used in the absence of physical and sexual abuse and is more difficult to spot. It is now a criminal offence in some countries such as the UK.

In the UK, if the abuser is found guilty of coercively controlling the victim, they can be sentenced up to 5 years in prison, made to pay a fine or both.

A multi-country study conducted by the World Health Organization (WHO) revealed that 23-56% of women reported experiencing physical and sexual abuse at the same time.

Whilst data collected for the Demographic Health Survey (DHS) revealed that in 12 Latin American and Caribbean countries, 61-93% of the women had reported physical and emotional abuse during the past year (at the time of data collection).

We have included links to both of these studies below.

Did you know that DVA includes all of these behaviours?
Is coercive control illegal where you live?