How does DVA affect children and young people?

Children who grow up in families where DVA occurs are severely affected by it. In this article, we'll explore the impact it has on their lives. 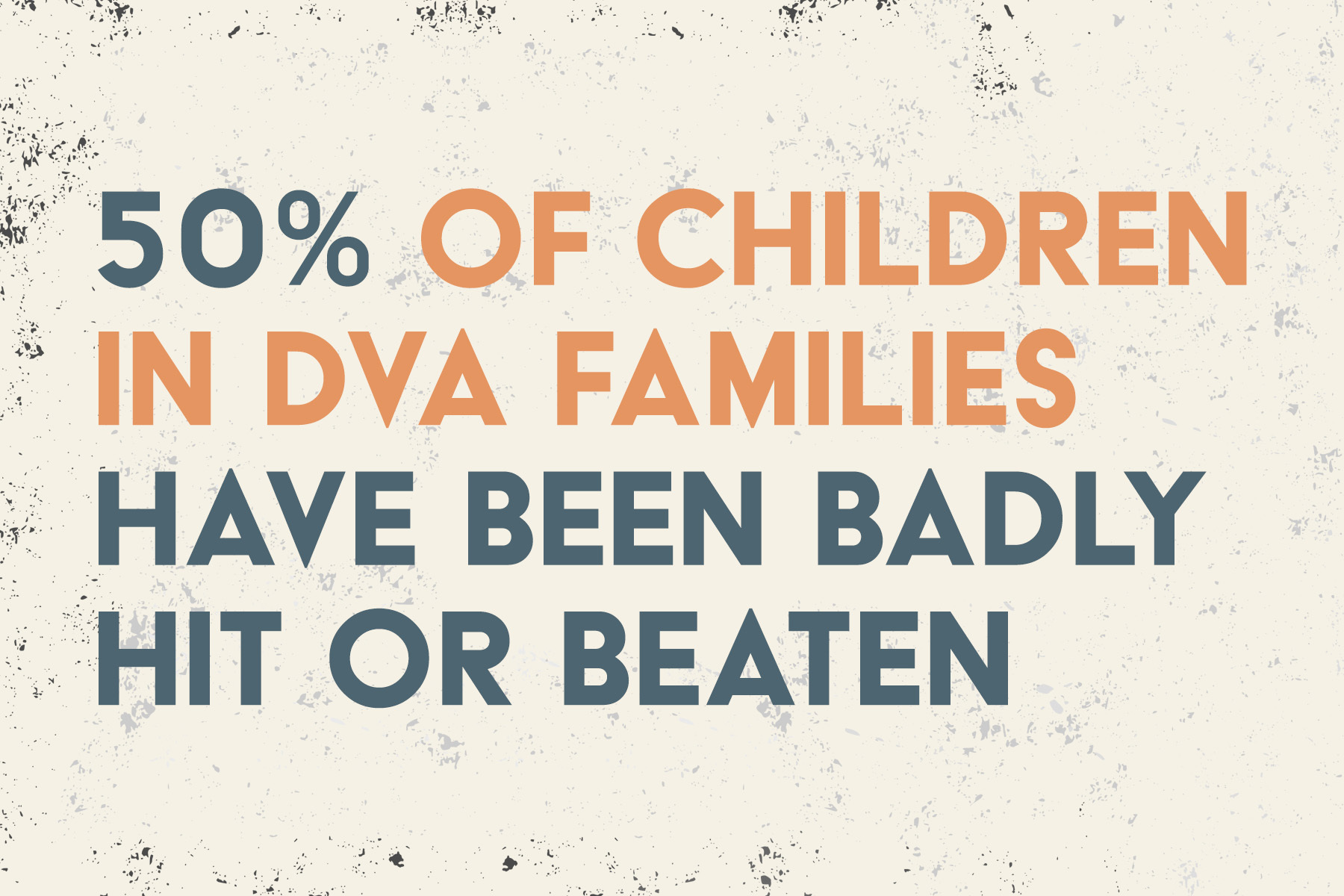 One in seven children and young people under the age of 18 will live with DVA at some point in their childhood. Children who grow up in families where DVA occurs are severely affected by it. In this article, we’ll explore the impact it has on their lives.

Children can experience many of the same forms of DVA as an intimate partner. They may be subjected to physical abuse and can be threatened, controlled or manipulated. They may also experience abuse when trying to protect a parent.

Children can even lose their life as a consequence of DVA. Between 1994 and 2015, 48 children were killed in the UK by an abusive parent (mostly fathers) in circumstances relating to child contact arrangements (Women’s Aid, 2017).

In families where DVA takes place, children may also be affected by neglect. DVA is associated with higher rates of infant and child mortality and morbidity as parents are not able to pay full attention to their child. For example, not feeding them well or seeking medical attention in time if they feel unwell.

A study conducted in London by Refuge found that 34.4% of under-18s who lived in families with DVA, were also abused or neglected by a parent or guardian. Whilst a UK study of 139 serious case reviews (local enquiries into the death or serious injury of a child where abuse or neglect are known or suspected) found that nearly 63% of cases featured DVA.

Signs a child or young person is experiencing or witnessing abuse

Living with or experiencing abuse can inhibit a child’s physical, psychological, cognitive and behavioural development. They may also suffer a range of short and long term behavioural and emotional issues.

Some common signs that children may exhibit include:

Children may also feel angry, guilty, insecure, alone, frightened, powerless or confused. They may have mixed feelings about both their abusive and non-abusive parent.

Witnessing DVA in childhood can also be associated with perpetrating or experiencing DVA later in life.

Every child is a unique individual and will respond differently to their experiences. Some may display negative impacts and others may become resilient. The way a child reacts may also be affected by other factors including their gender, age, ethnicity and the type and quality of the support available to them.

For many children, experiencing or witnessing DVA may be a normal part of their daily life and while they may realise the wrongness of the situation, they may find it hard to talk about it.

There is a growing recognition that the voices of children going through traumatic experiences often go unheard. The support available for children, particularly those who have witnessed rather than experienced abuse, is generally limited. Children need support to ensure they don’t see DVA as a shameful secret and are able to verbalise their feelings.

Professionals working in the DVA context, or with children directly, need to be able to recognise these behaviours and offer appropriate support.