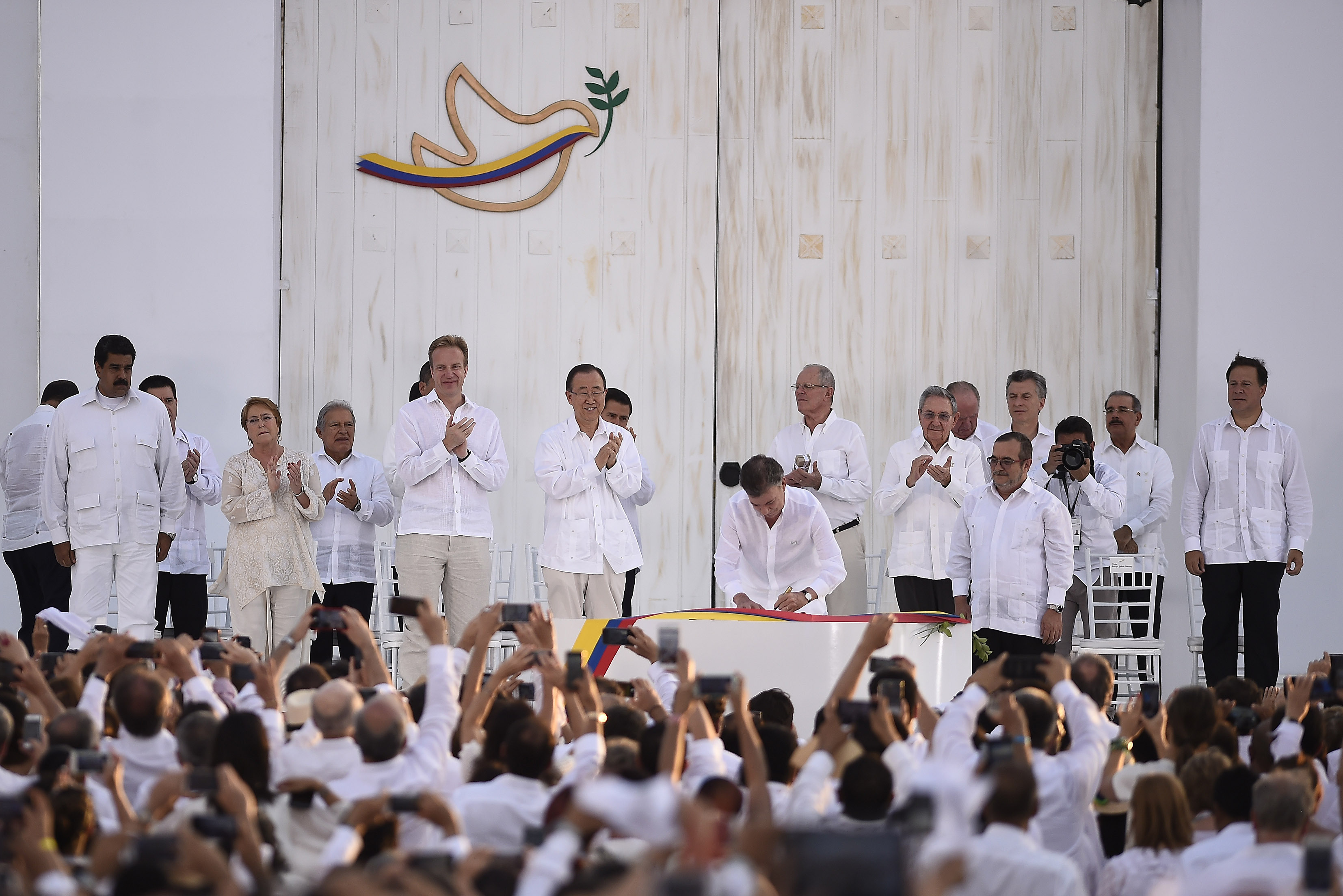 Few peace agreements have dealt directly with the role of illicit economies.

The Colombian peace agreement is the exception, with its strong focus on tackling the drug economy.

As a result, illicit drug economies often tend to be sidelined in peace processes. According to Bhatia (2021) there are three main ways in which drugs have been addressed in peace settlements and processes:

The most common strategy is one of neglect in which peace agreements simply sidestep the issue of issue of illicit drugs. This is likely to lead to the mutation of a criminalised war economy into a criminalised peace economy.

Those involved in illicit economies may be co-opted into the peace process. This might be seen as a ‘pragmatic approach’, but can lead to elite capture and a highly corrupted peace. As you will see in the case study of Myanmar later this week, this was the strategy deployed by the government there to bring ethno-nationalist groups and local militias into ceasefire arrangements.

Criminalisation may in some respects appear ‘principled’, but can be destabilising, leading to more violence and undermining the livelihoods of rural households. In Afghanistan there were attempts to aggressively eradicate or reduce all forms of drug production or trafficking and to prosecute those involved. By contrast, in Colombia, the peace agreement included a promise of temporary ‘differential penal treatment’ for small-scale growers who signed up to the illicit crop substitution programme. This was supposed to allow them to participate in the programme (which implied acknowledging their involvement in an illegal activity before state institutions) without fear of legal proceedings. Draft legislation went further than this, proposing to reduce penalties permanently from eight to eighteen years of prison to one to four years of prison for those with illicit crops of less than 3.8 hectares. This legislation was not passed and, as of 2021, more than five years after the peace agreement was signed, the promised temporary ‘differential penal treatment’ is still not written into the law.

In practice, peacemaking may involve combinations of all these strategies including turning a blind eye to major drug traffickers (neglect), selective eradication of crops (criminalisation) and providing carrots such as key positions for individuals previously involved in the drug economy (cooption).

A fourth option – which has very rarely, if ever, been applied – is one of transformation. By this we mean tying the peace process to major structural changes in a country’s/region’s political economy that address the underlying drivers of illicit drug economies. Colombia, as we’ll see in the next case study, is perhaps the peace process that comes closest to attempting a transformational approach.