In this FutureLearn short course by the University of Leeds explore each of the four methods used for surveying pollinators.

You will now further explore each of the four methods used for surveying pollinators. 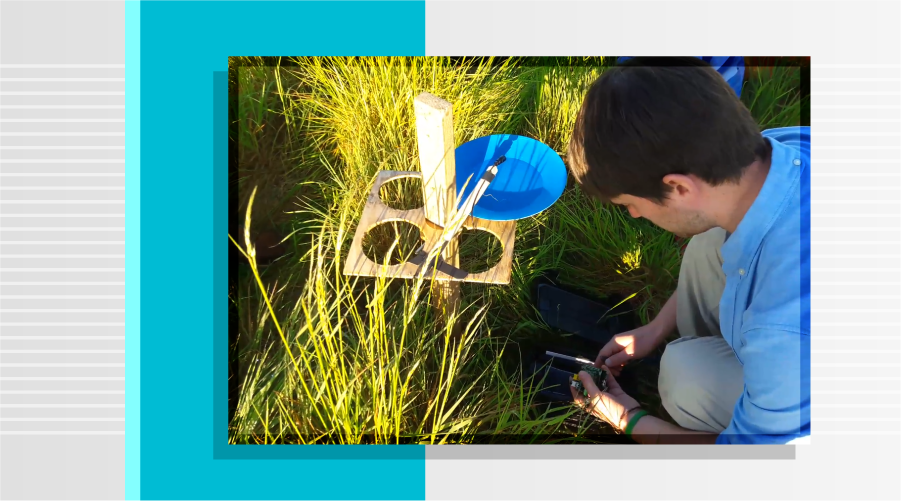 Monitoring large communities of animals is difficult, and no method is perfect. Each method has its benefits and limitations, and often a method is chosen based on the measurements required or resources available, which can be at the expense of other useful information.

The Flower-Insect Timed (FIT) counts, which involve sitting and watching flowers to monitor insects, produce high quality and very specific data. However, this method is very time consuming and is not an efficient way to collect data. It also requires observers to be able to distinguish the key groups of pollinators.

This content is taken from
University of Leeds online course,

Similar observation methods can be used for other communities. For example, snorkelling through coral reefs to count fish, walking through rainforests to count birds, and flying over the savannah to count antelope.

Pan trapping is not a method widely used, as it involves destructive sampling – the killing or damaging of the animals when they are captured. The traps only catch a very small proportion of animals, so the method does not provide an accurate insight into the proportion of animals captured or the diversity of species living within a community. Many animals are still caught, however, so it takes someone with a lot of taxonomic expertise a long time to identify them all. The key benefits are that researchers then have the specimens, so they can verify what species are present and can take further measurements from them, e.g. size, evidence of disease, colour, pollen.

Similar techniques, such as pitfall traps, are used in monitoring ant and beetle communities. These methods involve the animal falling into a trap that is dug into the ground, rather than being mounted at the level of flowers.

Metabarcoding identifies the species found in communities. For example, looking at the microorganisms that make up the microbiome living on the skin or in the gut of animals, or the huge diversity of viruses that live in the ocean.

It involves taking a sample of genetic material, analysing it in a laboratory to read its genetic code, and then comparing that code against genetic codes in a database to identify which species it came from.

Think of it like using a barcode at a supermarket to look up and find an item at checkout. Metabarcoding is relatively fast and does not require detailed knowledge of the species.

There are three main issues with metabarcoding:

Bioacoustics can be applied to a wide variety of organisms and communities, including bats, birds, whales, and crickets.

At its simplest, bioacoustics involves listening to the sounds made by animals in an area, to identify the different species present. This often involves making audio recordings for analysis. New technologies like machine learning and AI can processes this data automatically. However, this technique has the opposite problem to that of metabarcoding.

The difficulty with pollinator bioacoustics is that species cannot be identified accurately with just their sounds because the sounds are too similar: one buzz is very much like another. This makes it difficult to understand how many species visit the trap.

Conservation biologists have to balance the quality of the data collected against the amount of time or money that it takes to collect those data. They also need to take into account conservation priorities within the ecosystem that they are studying.
Now that you have explored the benefits and limitations of the four methods used for surveying pollinators, consider which of the techniques might be most suitable if you could only choose one.
To help you choose a technique, you might want to answer the following questions:

If you live in the UK and are interested in taking part in monitoring our pollinators, everybody is free to take part in the Pollinator Monitoring Scheme. You can find out more details, including how to carry out a FIT count, on the Centre for Ecology and Hydrology website.

This content is taken from University of Leeds online course