Scottish Palaeography: A History of the Medieval Church

In this article, we provide a summary of the church prior to the Reformation in 1560, which was key to Scottish protestants.
© University of Glasgow

The church or ‘kirk’ of Scotland was arguably the most important institution in the early modern period.

Its organisational structure of parishes and courts gave it a power of oversight that was unrivalled by any other body. The parish church lay at the very heart of local communities and the discipline exercised by its session court was crucial to its self-appointed role as the moral arbiter of Scottish society.

The church was also central to the identity of early modern Scots as Scottish Protestants were in little doubt that they were members of the ‘best reformed kirk’ in Europe. While the desire for further reform never completely disappeared and church officers regularly complained of the huge numbers of the profane and ignorant in their midst, the Church of Scotland was remarkably successful in its pursuit of religious instruction and social control. However, as the kirk session records make clear, uniformity was never completely achieved at the local level as significant variations existed across the parishes of Scotland. 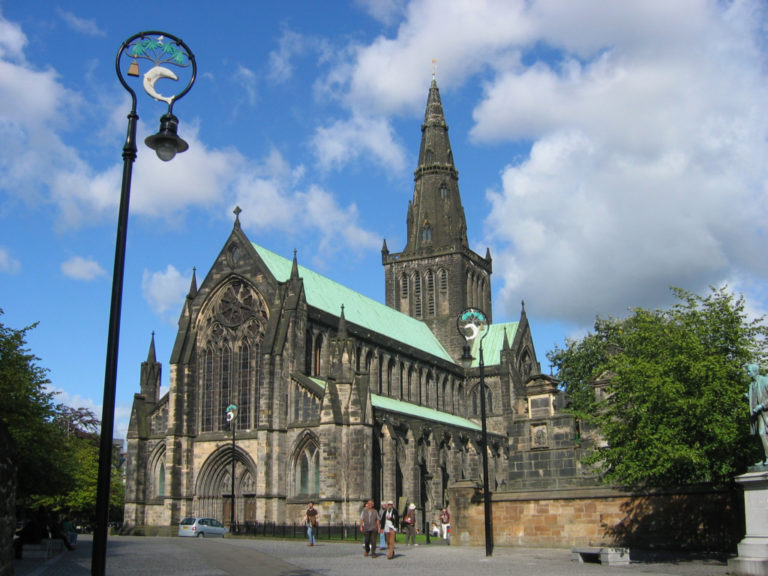 The sixteenth century Protestant Reformation stemmed from late medieval criticisms of the Catholic Church, such as those led by the Oxford professor John Wycliffe (d. 1384) and the Czech reformer Jan Hus (c. 1369-1415). Wycliffe objected to the privileges and luxury of the clergy and the corruption of the Papacy. He was also an early advocate for a vernacular bible. He influenced Hus in Bohemia, who promoted a vernacular liturgy, communion in both kinds (i.e. bread and wine), married priests, and assorted doctrinal changes including the elimination of the concept of purgatory. Recent research by Katie Stevenson has suggested that such heresies were more extensive in Scotland than previously supposed (K. Stevenson, ‘Lollardy, Hussitism and the Scottish Inquisition, c. 1390-c. 1527’, Revue d’histoire ecclésiastique, 110 (2015), pp. 684-715).

Nevertheless, the dawn of Protestantism is traditionally dated to Martin Luther’s defiance of the Catholic Church in 1517. In his Ninety-five Theses Luther attacked the issuing of ‘indulgences’ where sinners purchased their absolution from divine punishment. Under pressure he refused to renounce his position and was excommunicated by Pope Leo X at the Diet of Worms in 1521. The central tenets of Lutheranism were justification (i.e. salvation) by faith rather than good works, direct access to God by those who believed in Christ (‘the priesthood of all believers’) and the primacy of scripture as the revealed word of God (sola scriptura). The ecclesiastical authorities were especially fearful of the emphasis placed on the individual’s relationship with God, calling into question the need for spiritual intermediaries.

These ideas penetrated the British Isles in the 1520s. Henry VIII of England broke with Rome in 1534 but historians continue to debate the sincerity of his commitment to Protestantism. His disagreement with the Pope over the annulment of his marriage to Catherine of Aragon saw him initiate the English Reformation and appoint himself as supreme head of the Church of England. This had profound consequences for English society and religious life. It also saw the Anglo-Scottish border become a confessional boundary.

The initial response by officials in Scotland to Protestantism was one of repression. Most notably, the Scottish preacher Patrick Hamilton was burnt at the stake as a heretic in 1528. There was, however, a brief spell of official backing in the 1540s when James Hamilton, 2nd earl of Arran and regent of Scotland, had his so-called ‘godly fit’. Aligned with a pro-English faction, Arran attempted to negotiate the marriage of Mary Stewart (the future Queen of Scots) to the infant Prince of Wales (later Edward VI of England). Soon after he joined the pro-French faction and consented to the marriage of Mary to the French Dauphin (later Francis II). He earned the duchy of Châtelherault in the process but his oscillating political commitments saw Henry VIII attempt to enforce the Anglo-Scottish match during a seven-year period known as the ‘Rough Wooings’. There is little doubt that Henry wished to incorporate Scotland into his Protestant English empire, thereby allowing him to concentrate on his wars with France. Henry’s death in 1547 saw Edward Seymour, duke of Somerset and lord protector, change tack by publicising a providential vision of a Protestant ‘British’ empire. This did have a modicum of Scottish support but was ultimately rejected, with the Scots subsequently defeated in battle at Pinkie in 1547. The military occupation of the lowlands was broken in 1549 by a combination of French aid and the collapse of the Somerset regime.

The 1550s did see attempts made to reform the Scottish church from within. The Archbishop of St Andrews, John Hamilton, called a series councils (in 1549, 1552, possibly in 1556 and in 1559) which targeted clerical indiscipline and lay and clerical ignorance. Specifically, clerics were to no longer keep concubines, use the church’s patrimony to support their own children, or engage in such secular pursuits as trading or farm leasing. Instead, they were to focus on the ‘proper cure of souls’. Other legislation promoted regular preaching, the examination of ministers and the production of a catechism to ‘rightly instruct the people in the Catholic faith’.

There was one heresy trial in 1550. Adam Wallace, a self-taught layman, was accused of preaching without a license and baptising his own child. He appealed to the sole authority of scripture and argued that the absence of a ‘true minister’ led him to conduct the baptism. He therefore stepped outside the bounds of the institutional church and asserted his membership of a separate ‘true church’. As the historian Jane Dawson has shown, he can be accounted the first native Protestant within Scotland (J. Dawson, Scotland Re-formed, p. 184).

However, in the early 1550s the authorities tended to leave evangelical men and women alone. At the same time, there was very little open defiance. Yet the over-turning of the English Reformation after the accession of Mary Tudor in 1553 (labelled ‘Bloody Mary’ by Protestants) did send English and Scots into exile. Among them was John Knox, who settled amongst English congregations in continental Europe – most notably at Geneva, the city of famed reformer John Calvin. The exile community produced a vernacular translation of the bible and forms of prayer which provided liturgical foundations for Scottish Protestantism. Furthermore, the shared experience of exile fostered a ‘British’ perspective among the reformers, a perspective which proved to be durable in the decades, and indeed, centuries, which followed.