Local administration of the church and society.
© University of Glasgow

The kirk session was undoubtedly the most significant innovation of the Reformed church.

It was the vehicle of choice in the drive to create a society of Protestant Scots. With discipline pivotal to the church’s self-definition, the session was tasked with intervention in the parish community to ensure that exacting moral standards were met. In its direct contact with individuals and families it had no judicial rival.

The session comprised the parish minister and a group of local elders. In rural areas the elders were generally landholders but by the seventeenth century they could include substantial farmers. In the burghs they were usually drawn from the merchant class but also the wealthier craftsmen. Regardless of social class, service as an elder supplemented their established status as local elites or prominent men in the community.

The session met regularly, at least weekly, and each year elders were elected. A system of congregational election was the stated ideal, but elders tended to be nominated by the minister and their peers. There was also a degree of continuity in membership, suggesting that the sessions were not dissimilar to the self-perpetuating burgh councils. 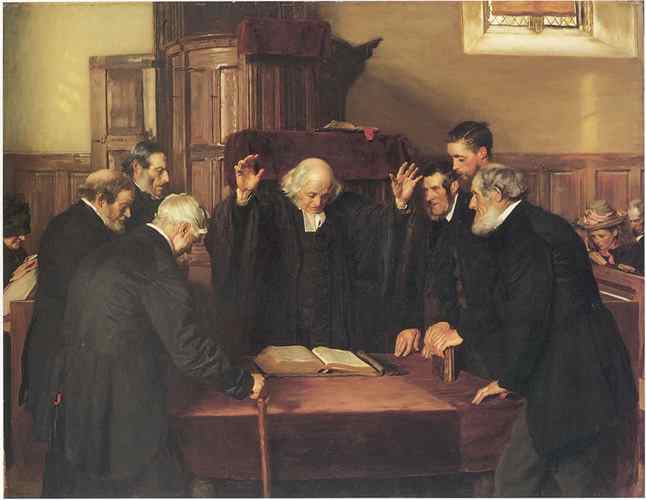 The work of the session was focused on administration and discipline. It had a vast remit. It investigated and punished sexual deviance, drunkenness, quarrelling, doctrinal controversy, and breaches of the sabbath. It also administered poor relief, promoted education, regulated marriage, baptism and burial, supervised building works, directed communion, and liaised with the higher courts. As well as censuring moral transgressors in the localities, the session provided a conduit for those in need of aid or assistance. 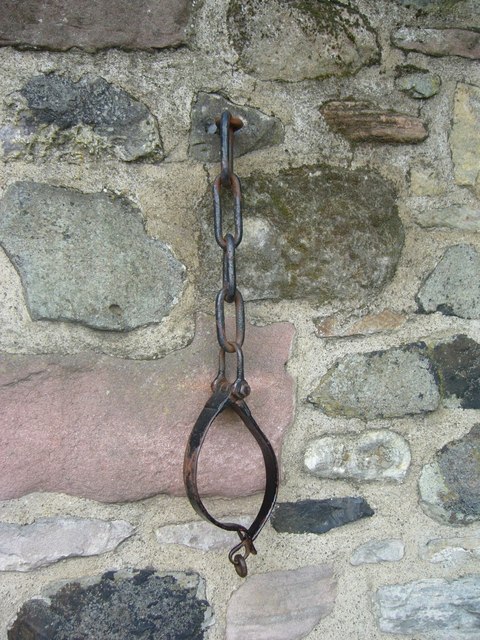 The jougs at Duddingston Kirk by Kim Traynor (Own work) CC BY-SA 3.0 via Wikimedia Commons

The Protestant reformers may have made much of their destruction of ritual, but Margo Todd has observed how the Reformed church in general, and the kirk session in particular, were no less sites of ritual (M. Todd, Culture of Protestantism in Early Modern Scotland, pp. 5-7, 127-82). For example, penitential performances in sackcloth or on the infamous repentance stool were designed to convey a message to local congregations as much as the individual sinner. Indeed, the weekly performance of penitential rites affected every member of the community irrespective of their age, status or gender.

Similar performances were at play during communion services: stipulated to be held quarterly but more often celebrated annually, communion was a conspicuous demonstration of church membership. That performative features mattered when the sacraments were administered was made clear in 1617 when James VI’s introduction of kneeling at communion caused considerable uproar.

In addition to the ministers and elders with their collective oversight of local affairs, every session employed a clerk to record the intimate details of its conduct. Together they formed a bureaucracy that took great care in its keeping and management of records. Indeed, the Church of Scotland shaped a ‘culture of organisation’ (Alistair Mutch, ‘Systematising Governance in the Church of Scotland’, Scottish Historical Review, 93 (2014), pp. 240-261).

As a result of these practices, the survival of the clerk’s minute books provide an unparalleled insight into the lives of early modern men and women. These extant records will be explored and transcribed in forthcoming activities.