In this article we continue our study of an alleged case of witchcraft in Lanarkshire.
© University of Glasgow

Last week we considered the wider context of the Lanarkshire witch-hunt.

We will now turn to the extant records.

This step will focus on the minutes of Lanark presbytery. In order to familiarise you with the style and structure of such records, they have been transcribed for you.

This will also allow you to get to grips with early modern Scottish vocabulary.

You will have an opportunity to transcribe passages yourself in Week 3.

First mention of alleged witches appears in the presbytery minutes on 8 November 1649. The passage below has been transcribed into modern English but the names kept as they were found in the records:

‘The which day there were sent from the Marquess of Douglas out of the parish of Crawford, to appear before the presbytery Jont McBirnie, Lilias Moffet, Helene Acheson, Marion Moffet, Male Laidlaw, Bessie Gibsone, Jonet Acheson, Marion Hunter, Margaret Kilpatricke, Bessie Williamson, Marion Moffet, delated for the crime of witchcraft by Jonet Cowts, a confessing witch, now in prison in Peebles’

William Douglas, 1st marquess of Douglas, was a magnate and scholar whose seat of Douglas Castle was in Lanarkshire. His suspected Catholicism and half-hearted commitment to the Covenant led to frequent clashes with the presbytery.

As was common in minute book entries, the passage began ‘The which day’. In Scots law ‘to delate’ was to accuse, charge, inform against or denounce. The burgh of Peebles lay to the east of Lanark.

On 22 November the case was resumed by the presbytery. The transcription below has kept the original spelling and punctuation:

‘The which day, William Lockhart and Alexander Lyndsay, servants to my Lord Marquesse of Dowglasse, did present the persones accused of the crime of witchcraft, who being brought before the presbyterie, and posed, as the day were before, were obstinat. The presbyterie desired the Magistrates to incarcerat them; and ordained Mr Robert Birnie to write for George Cathie the pricker, for helping discover the marke’

In line 2 note the phonetic spelling of ‘Dowglasse’ and the plural ‘es’ for ‘persons’. In line 3 note the use of ‘ie’ for ‘y’ in the word ‘presbytery’. In lines 3-4 note the omission of ‘e’ in the words ‘obstinate’ and ‘incarcerate’. In line 5 note the additional ‘e’ at the end of ‘mark’.

Robert Birnie was the minister of Lanark from 1643 and the elected moderator of the presbytery. George Cathie was a professional witch-pricker from Tranent in East Lothian. To ‘discover the mark’ was to locate an area of the body which was insensitive to pain or did not bleed; it was believed to be given to the witch by the devil in order to seal the demonic pact. If the accused witch did not confess to having the mark then men such as Cathie would be hired to find it. 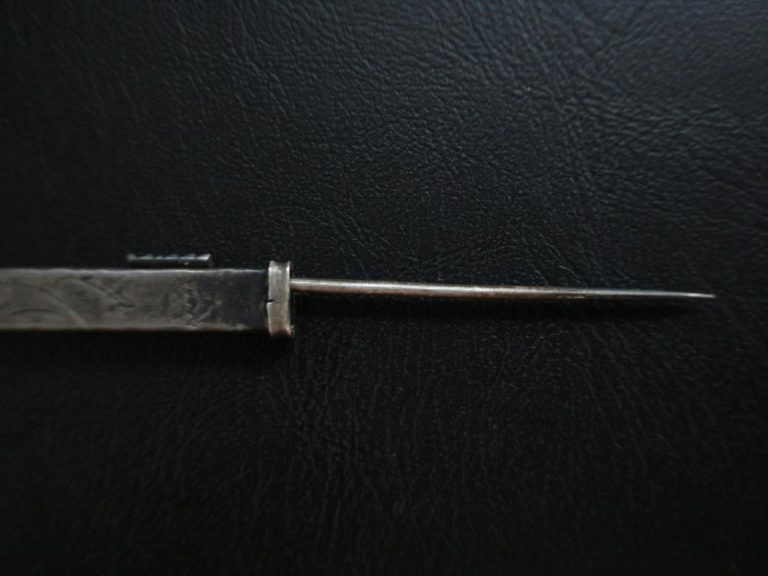 It was reported on 6 December that Cathie ‘did prik pinnes in everie one of them, and in diverse of them, without paine the pinne was put in, as the witnesses can testifie’. Not only does this sentence contain similar spelling conventions and grammatical characteristics as noted above, but also the legal ritual and perverse spectacle of a witchcraft investigation

By the end of the month the presbytery was so concerned with the allegations that they authorised John Hume, minister of Lesmahagow, to request a commission from the committee of estates ‘for trying, confronting, imprisoning, entertaining, watching, and doeing what else is necessarie concerning persones delated and suspected for witchcraft’.

Next week you will transcribe passages from the records yourself and discover how this dramatic case was concluded.

If you would like to test your skills now, try your hand at the ducking stool game by the National Archives.