Transcribing the kirk session records: the parish of Montrose

Test your palaeography skills by transcribing this extract from the kirk session records.
© National Records of Scotland

In this step you will utilise your new skills in order to transcribe an extract from the kirk session records of Montrose.

You can re-read the extract as much as you want.

Should you wish, you and your fellow palaeographers can work together using the comments section below.

The parish of Montrose is situated in the county of Angus. Part of the parish was removed in 1879 to form the quoad sacra parish of Hillside.

During the sixteenth century a second charge of the parish was erected and in 1829 a chapel-of-ease (which later became St John’s church) was opened for public worship. In 1931 the two charges of Montrose parish were united.

The entry dates from 1638 and is a trickier example of the secretary hand.

Don’t panic! This is only an optional example. You can always return to it later once you have further developed your skills.

For reference, the full extract is below. 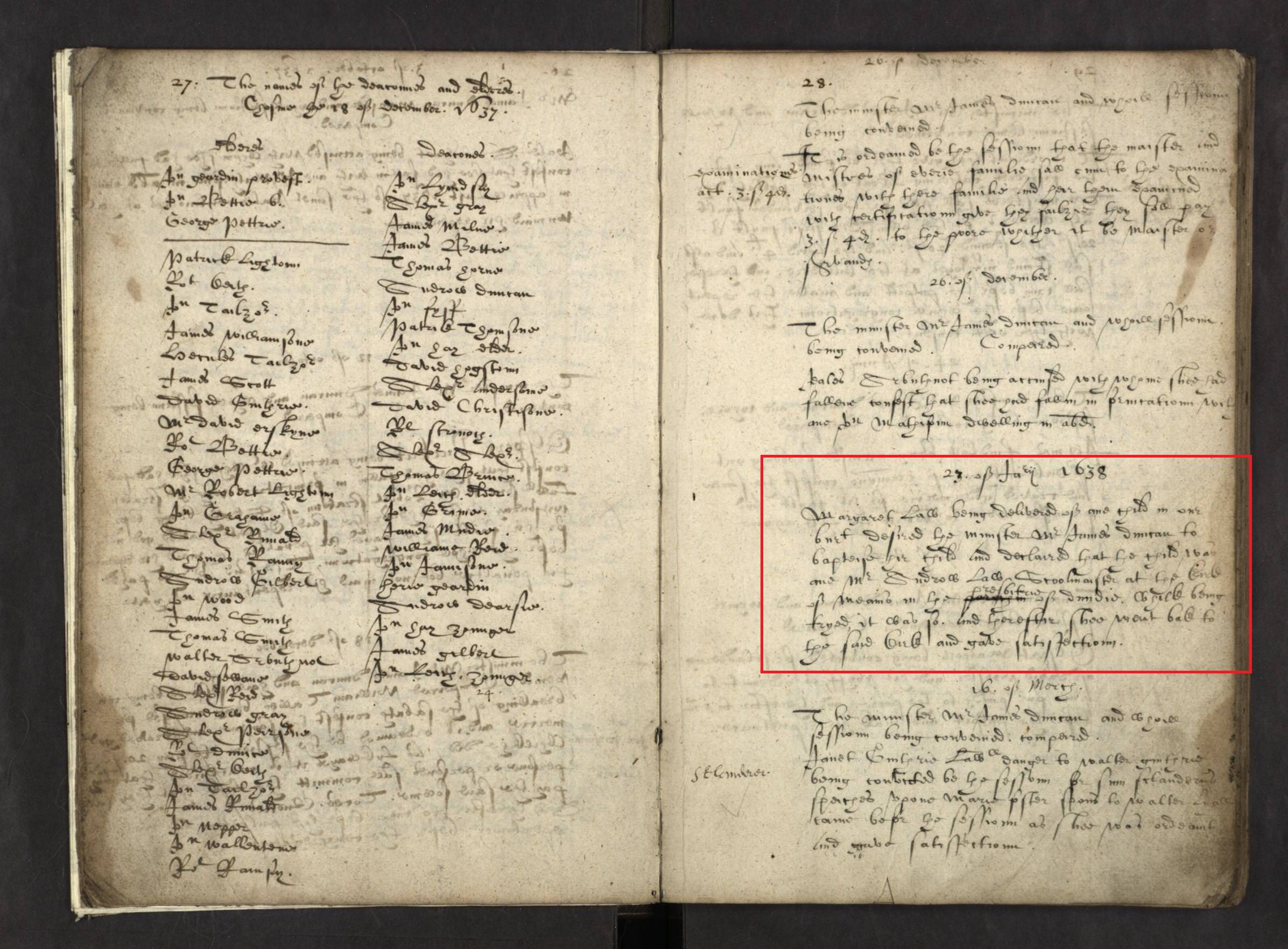