Tools for Understanding Users and Stakeholders

Learn about some tools that you can use to enable a community to research building users and stakeholders and their attitudes, needs and experiences.

Designers use different tools and techniques to help identify users and stakeholders in a design process, and to start researching their needs, aspirations, experiences and attitudes. Here you will focus on three such tools: user profiles, user personas and empathy maps.

A user profile summarises the characteristics of the user population that will use the building or be affected by changes in it. So it focusses on user groups and their typical characteristics such as ‘age’, ‘gender’, ‘educational background’, ‘physical limitations and requirements’, ‘motivations’ and ‘attitudes’. A design project will typically involve more than one user groups and it is important to recognise their varying needs.

For example, the Sheffield Buddhist Centre which you examined as an example earlier, has the following user groups: Buddhist community residents, broader members of the Buddhist community, and different types of visitors (e.g. schools, people attending wellbeing or educational classes). 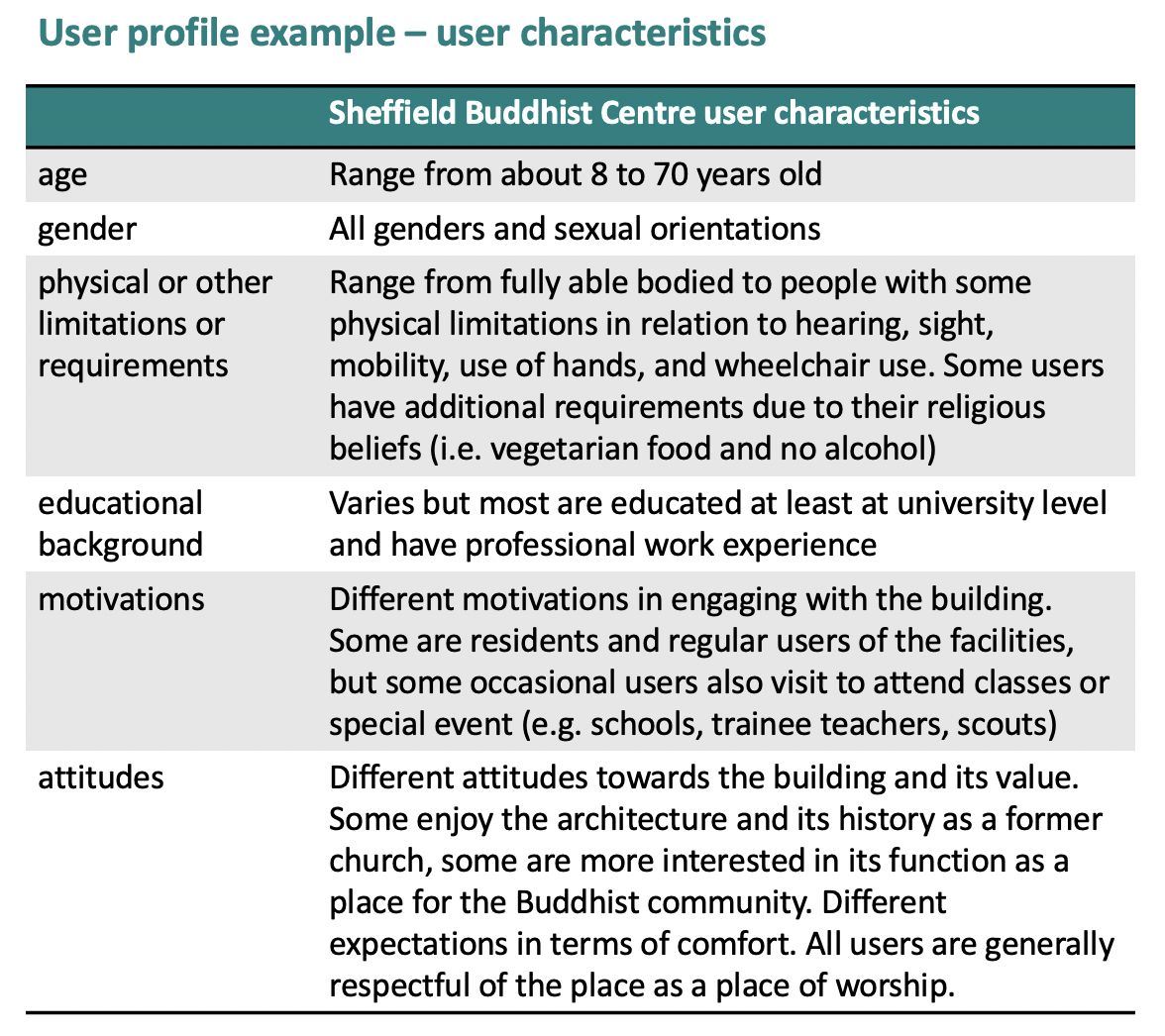 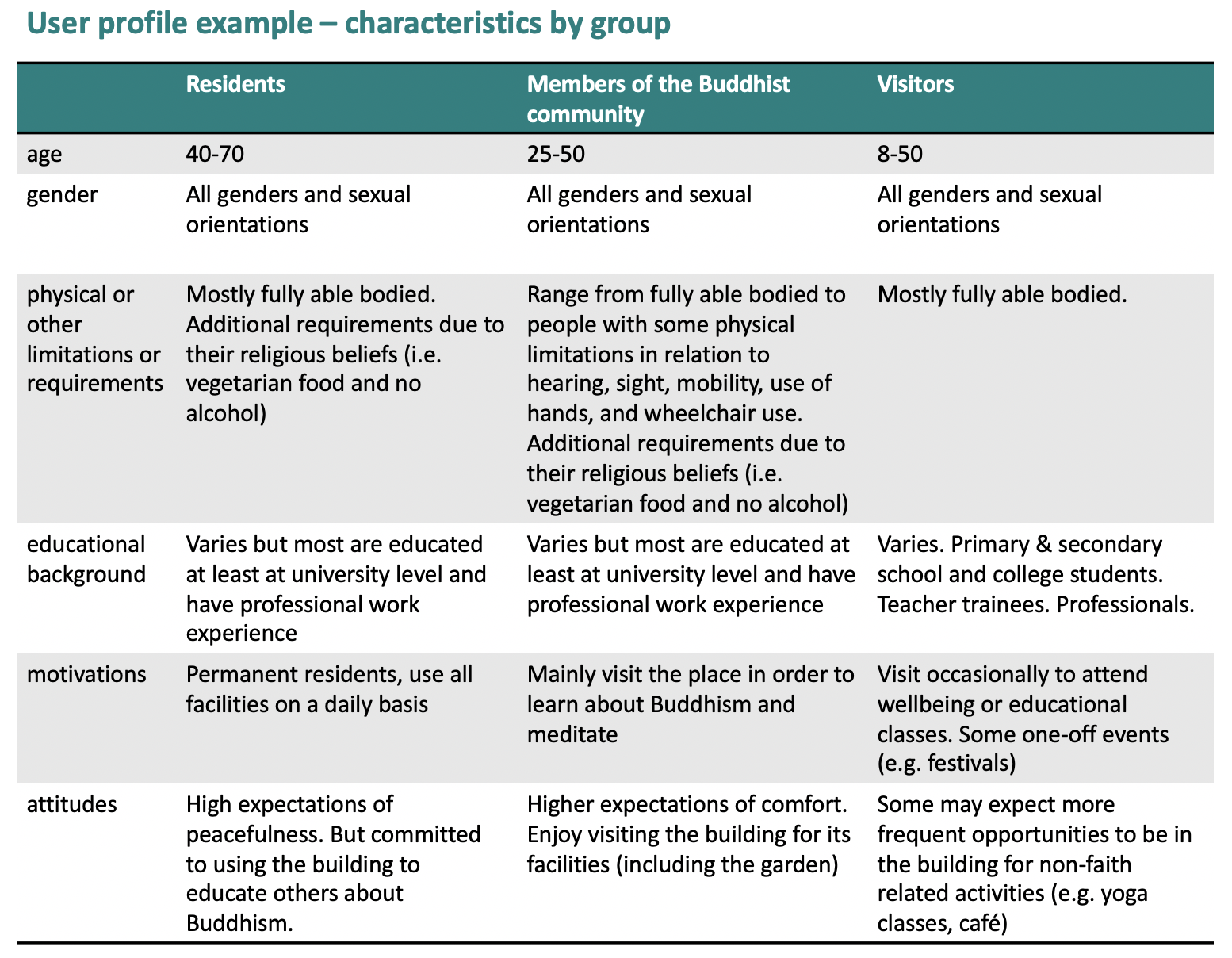 The information in a persona needs to be as specific as possible and the persona should be given a name and an image (you can use a stock photo or do a quick sketch). All these details serve to make that persona a concrete person in the designer’s mind, and in the minds of the design team.

This is an example of Stella, a visitor of the Buddhist community in Sheffield Buddhist Centre. 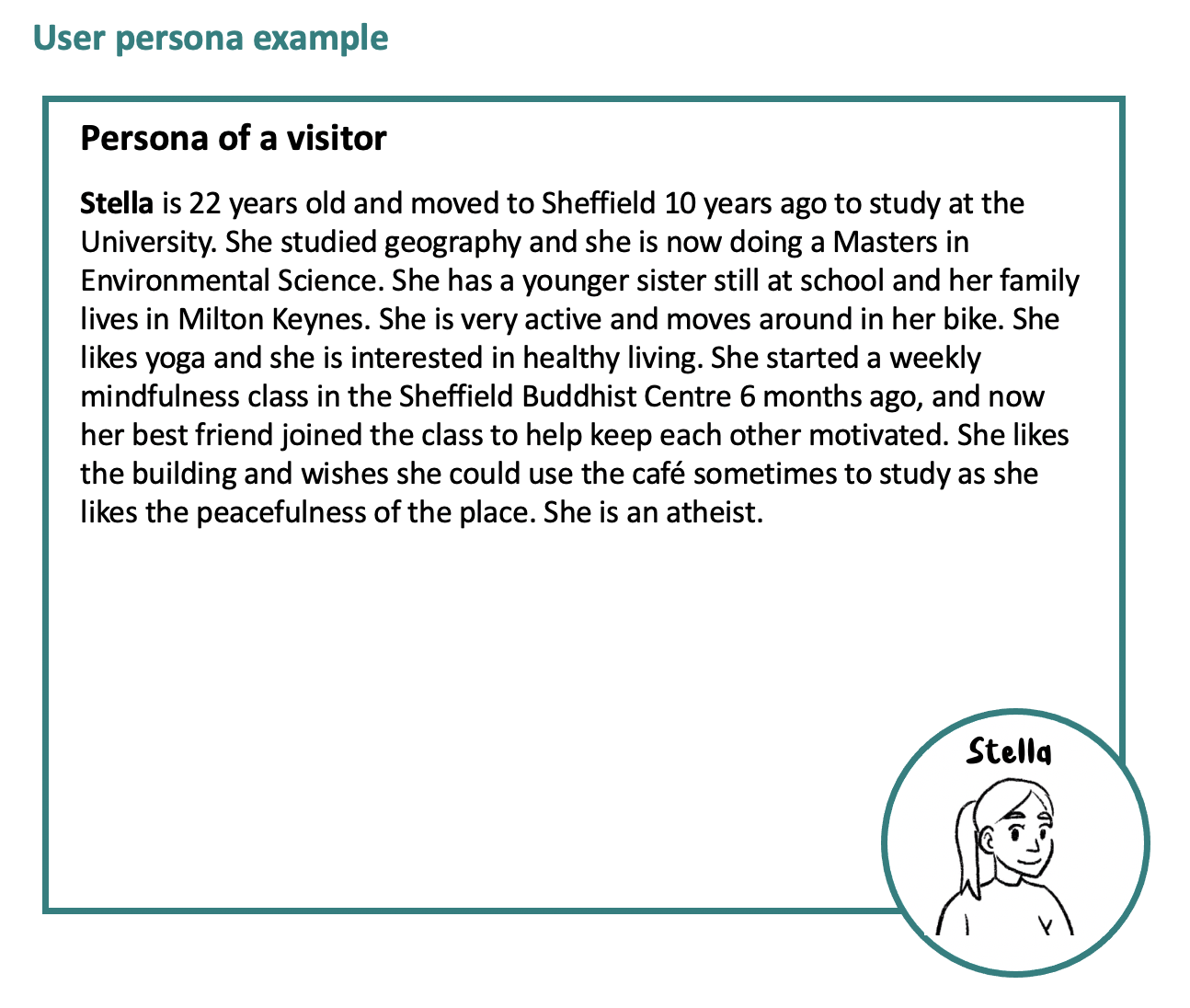 Empathy maps are a way to draw out knowledge about users by focussing more on behaviours, emotions and attitudes. Empathy maps typically capture information about what the users ‘say’, ‘think’, ‘do’ and ‘feel’. They also often contain information about ‘pains’ (i.e. challenges and frustrations) and ‘gains’, (i.e. things that they enjoy, value or want to achieve).

Empathy maps can capture one particular user (like the personas) or can reflect an aggregation of multiple users (like the profiles).

See an example of an empathy map for a resident member of the Sheffield Buddhist Centre. 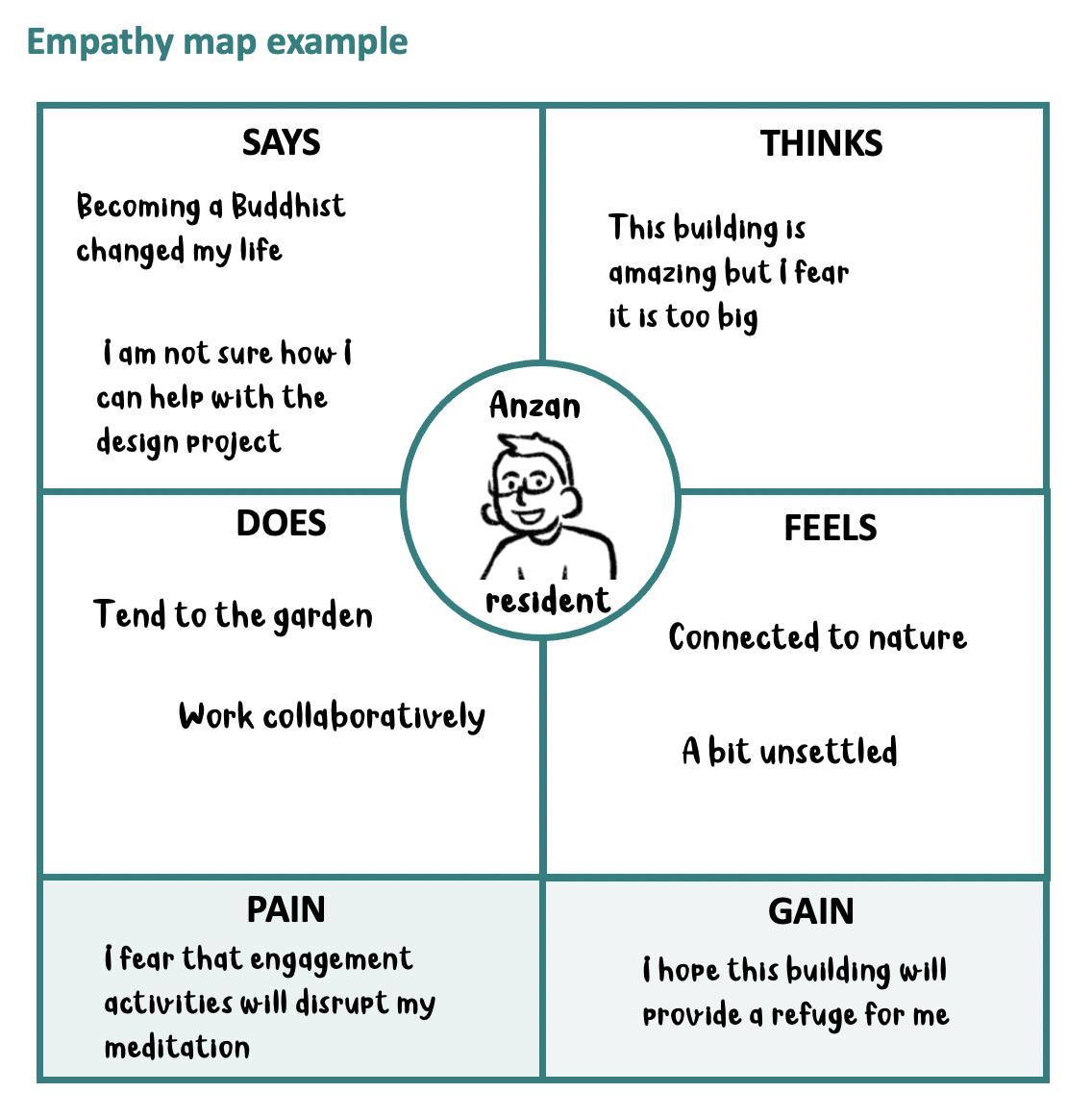 Note that empathy maps do not have to be fictional. One can use the tool in conversation with a user (or a group of users/stakeholders) to help unearth their experiences and perspectives.