Community leadership does not develop in a vacuum. Read a story that illustrates the role of place in instigating community-based leadership.

This week is focussed on how one can instigate and nurture community-based leadership in the design and adaptation of historic faith buildings. Clearly, there is no ‘one size fits all’ solution to this question. How this is done, depends on the place in which the activity will be focussed. We use the term place-based community leadership to highlight the fact that place is the starting point of community leadership.

Each place is different. It is shaped by different people, different communities, with different stories and histories, values and needs. All these idiosyncratic characteristics of a place present different challenges and opportunities for design, and generally bear upon the potential of people to embark on a leadership role.

The key challenge, as a design enabler, is to find ways to unearth and channel the energy and power that ‘lies within’ a place to spark a movement in designing.

This point is illustrated in the following story.

St. Martin’s Church is a Grade II* listed building. It is the only surviving medieval building in Bilborough, built on high ground in the 14th century, in what was then a small rural village but is now a built-up suburb of Nottingham. By the 2000s, the church was in need of urgent repairs to protect the fabric and its 700-year role in the local community.

In 2007, when Reverend Amanda Cartwright took up her post as priest-in-charge, the original medieval church was out of use, so the congregation were worshipping in an extension. The roof was leaking, the wall paint was peeling and there had also been a lot of vandalism on the church fabric. A bit later, a woman named Hilary Wheat became a churchwarden. Together they secured some funding for repairs in 2009 to restore the ceiling and tower and to sort out issues with the electrical wiring of the church that had been damaged by damp.

As the work of repairs began, something extraordinary happened: the electricians discovered a mural on the east chancel wall which was thought to have been destroyed in the 1970s building project. The hidden mural was the work of an artist called Evelyn Gibbs (1905-1991) a very significant artist and teacher. At that time, even Gibbs’ biographer Pauline Lucas thought that these paintings had been destroyed. The mural, depicting the Annunciation when the Angel Gabriel told Mary she would bear God’s son, was partly covered by a false ceiling and hidden behind two layers of emulsion. You can visit BBC’s article and video from 2013, telling the story of the mural discovery. 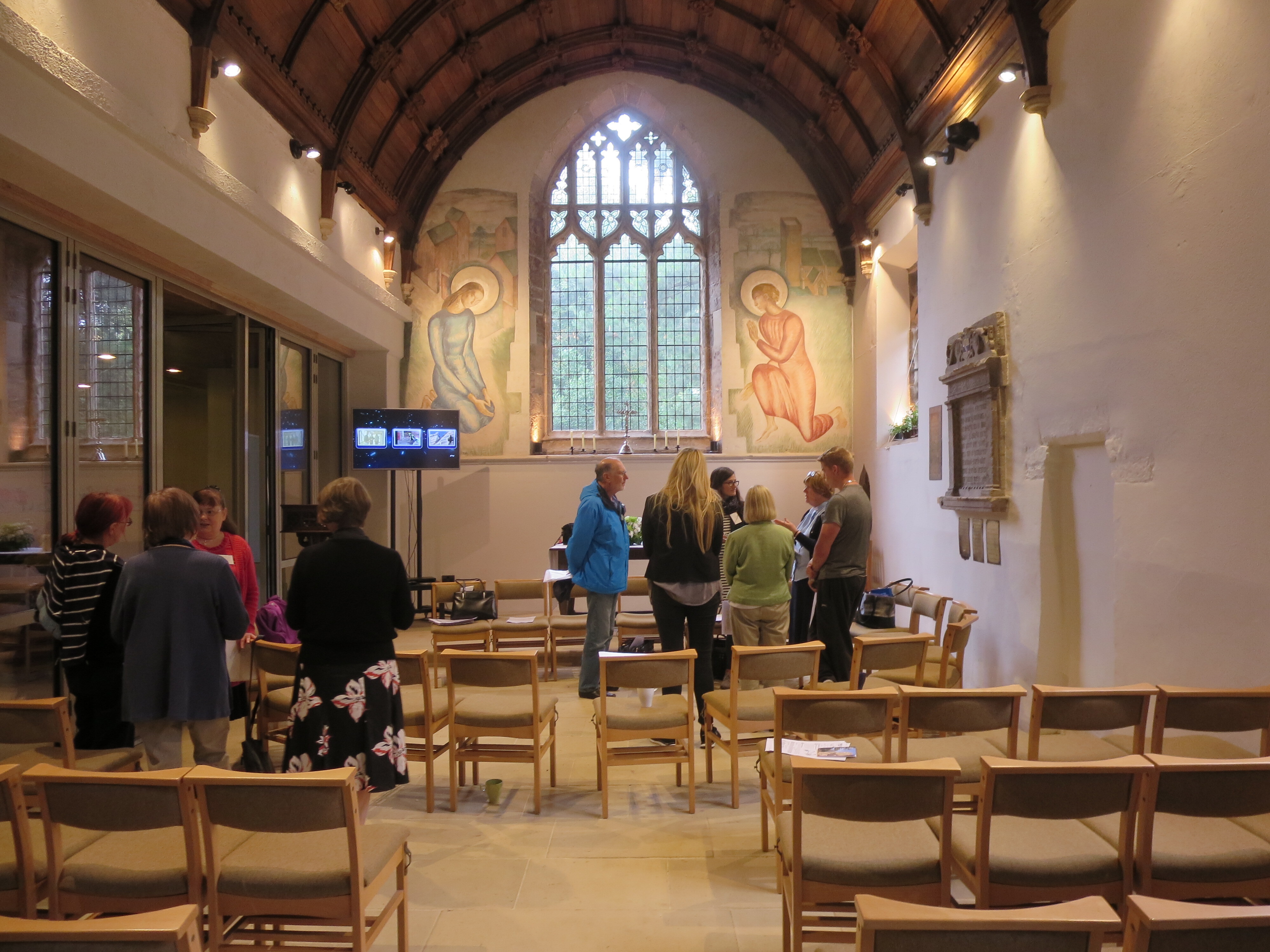 Hilary Wheat, felt the power of this mural for her church. She also saw the opportunity to inspire and bring together the community to think about the future of this place. She organised a number of community events for people to gather and socialise around the newly discovered mural. The mural became a focal point for a debate within the local community. It triggered conversations about the meaning and role of the church for the congregation but also the wider community. People came forward expressing their feelings, visions and ideas about the space. A growing number of people started advocating the value and potential of this place for their everyday life. Many observed that the mural, with its raw artistic and theological meaning, had a transformative role in re-imagining the church. A community of church-goers as well as people who did not go to church engaged in reflecting about issues and potential of the place, creating a vision for the future and developing ideas for shaping the church as a place that is truly for the whole community. Different people came forward and led initiatives where they could bring their own skills, experiences and resources in the development of the place. A community movement was born!