Satellite imagery: Why do we see what we see?

In this section you will learn how we can see archaeological sites and features in satellite imagery, and why it's possible.

What we can see on an image depends on a variety of different factors, including what is in the image and when it was taken. Here we will look at why we can see archaeological sites and features in imagery.

Archaeological features often create an uneven land surface, because of the remains of walls, ditches, ponds and other features. The angle of the sun, as well as the angle of the camera, at the time the image was taken will affect how well we can see these (Figure 1).

Figure 1: Features in the relief are affected by the angle of the sun and camera. (Click to expand)

A mounded feature is visible on the imagery because it is higher than the surrounding ground level and therefore casts a shadow. The size of the shadow depends on the angle of the sun (Figure 1).

The season in which an image is taken will also affect the visibility of features. Some features are easier to see when covered in snow, or when the soil is wet. Sometimes we can see changes in the growth of plants because of underlying archaeology. For example, the soil filling old ditches and pits retains water, so plants can grow better, while stony surfaces such as buried walls or roads make it harder for plants to grow. Satellite imagery can pick up these different growth rates, but only at certain times of year (Figure 2).

Figure 2: visibility of some features are often affected by seasonality (Click to expand)

Some kinds of land cover can obscure the soil surface and make it hard to see underlying archaeology, dense tree-cover for example. Also, the regular use of irrigation can mean that sediment contained in the irrigation water may conceal the underlying soil surface. 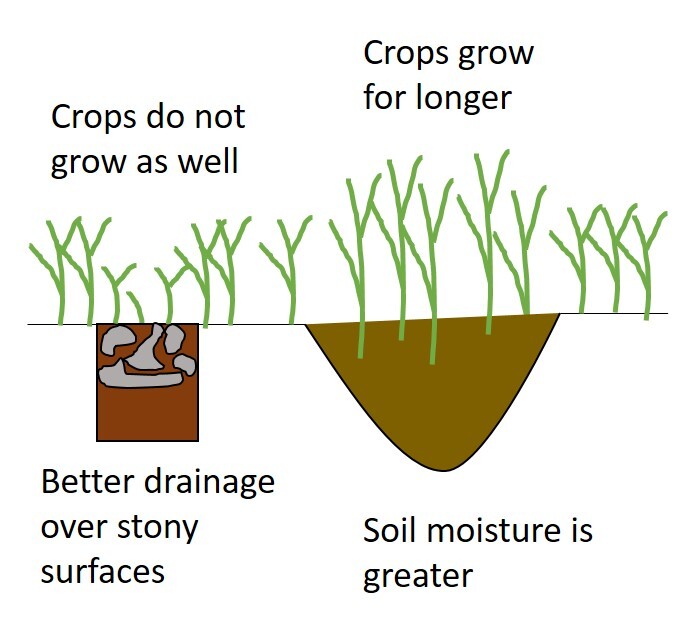 Sometimes archaeological sites can appear as an area of soil that is different in colour from the surrounding area. This is usually because the site has been ploughed, and building material such as stone or mudbrick, and things like ash and domestic rubbish have been spread across the landscape. This means the area where the site was located will show a different coloured soil from the surrounding area (Figure 4). 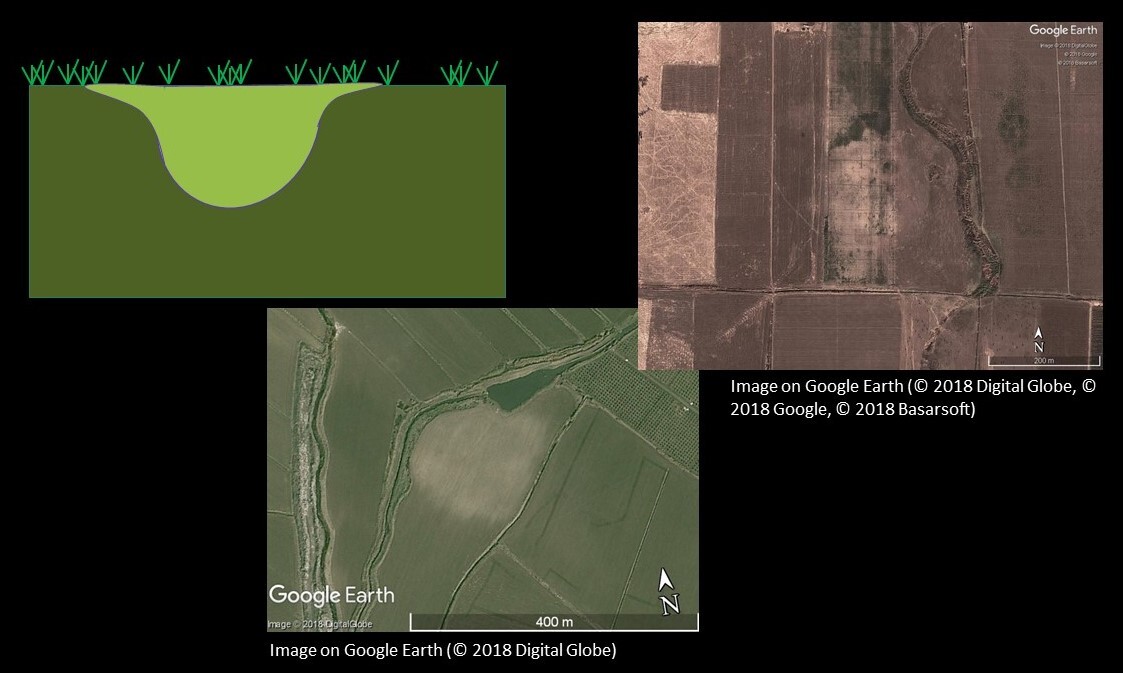 Sometimes natural features like geological formations can look like archaeological sites. This can be embarrassing if you send someone to excavate! Modern human-made features, like irrigation systems can also trick us (Figures 5 and 6). 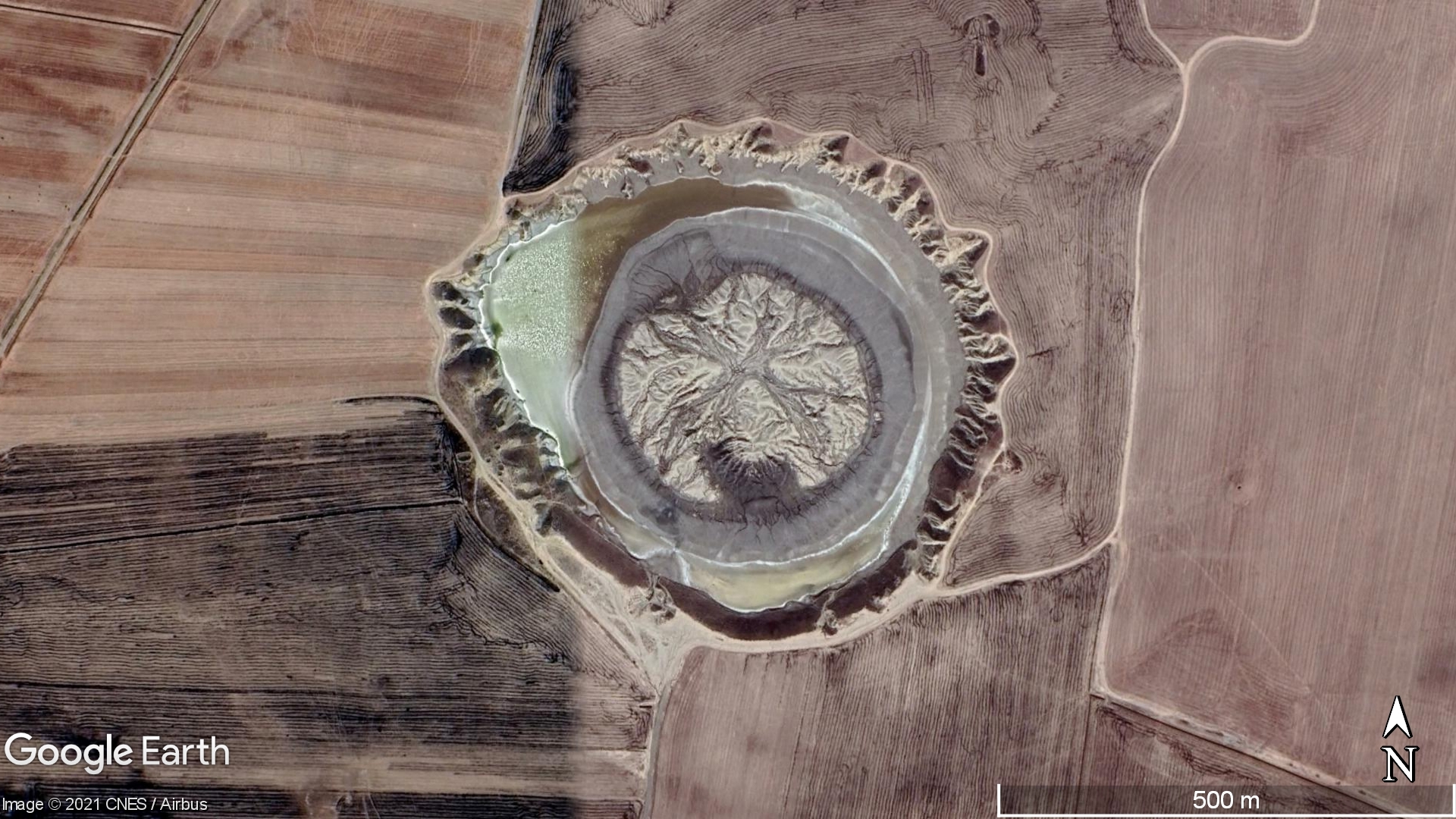 Figure 5: Geological feature that might accidentally be mistaken for a ‘tell’ or mounded archaeological site on Google Earth. Image © 2021 CNES/Airbus. 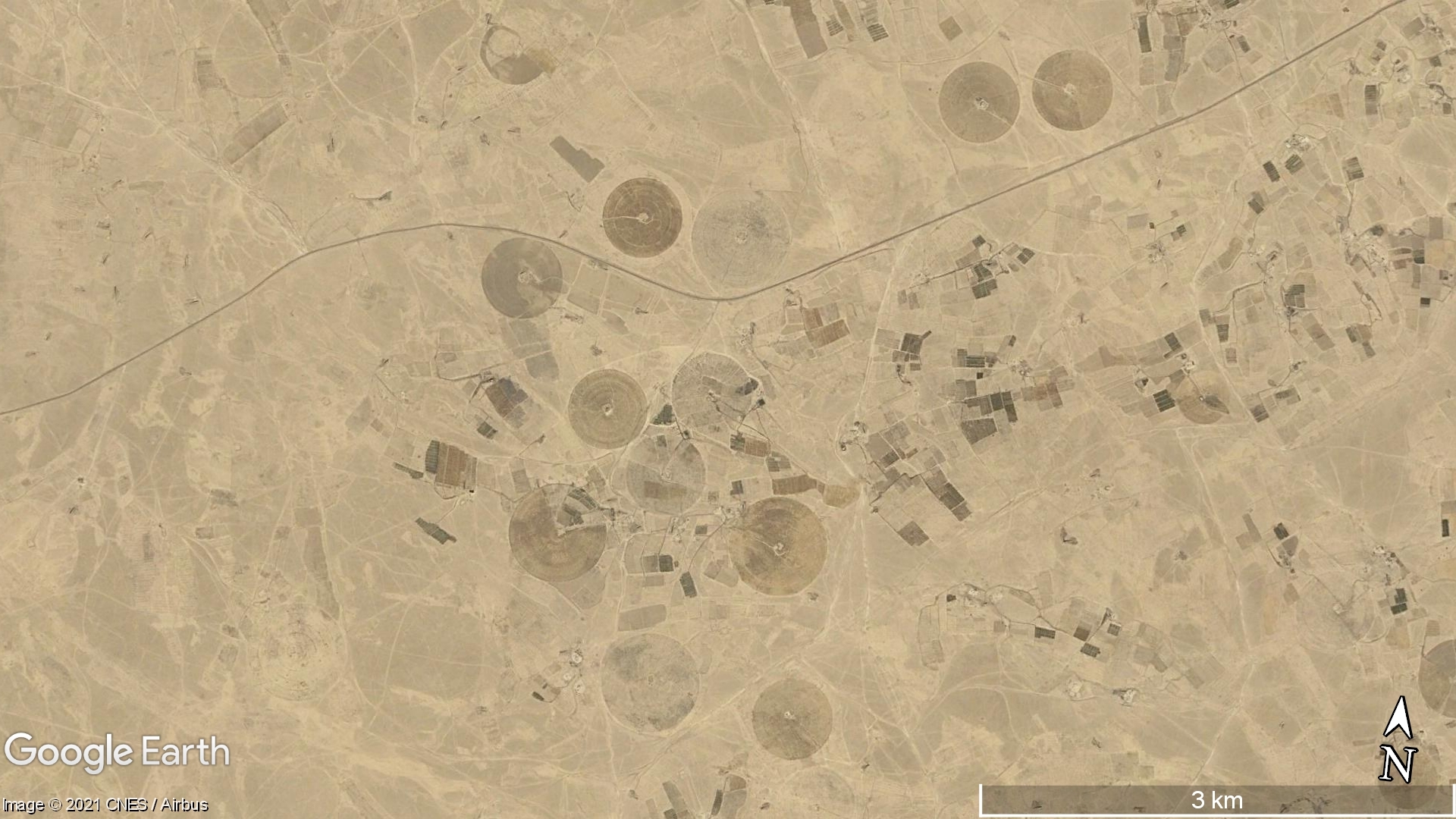 Figure 6: Pivot irrigation systems, as seen here on Google Earth, look like large circles from above. This could trick you into thinking they are ‘tells, but they are often much too large and too regular in shape. Image © 2021 CNES/Airbus.

Interpreting images means we must make decisions about what we can see using a series of logical steps.