In this step we will work through some examples of damage that have affected archaeological sites.

There are a number of things that can cause damage to archaeological sites. Here we will look at some examples caused by looting, development, mining and agriculture.

In the context of cultural heritage, looting defines the act of illegally taking an artefact from an archaeological site. This can range from a simple removal of a piece of pottery while hiking to deliberately digging and removing objects from sites to sell or keep. Today, looting is a serious issue that can impact scientific and historical understanding, violate another’s cultural heritage, and detracts from someone’s ability to interact with the past. The destruction of archaeological resources by looters is an international crisis and threatens world’s cultural heritage.

Illegal excavations by the looters leave distinctive pits across the surface of an archaeological site. Such “looter’s pits” have no resemblance to the surface changes made by official, methodological archaeological work. Such pits can be identified by satellite imagery (Figures 1, 2, 3 and 4) and can be used effectively to keep an eye on sites where looting has been known to occur. 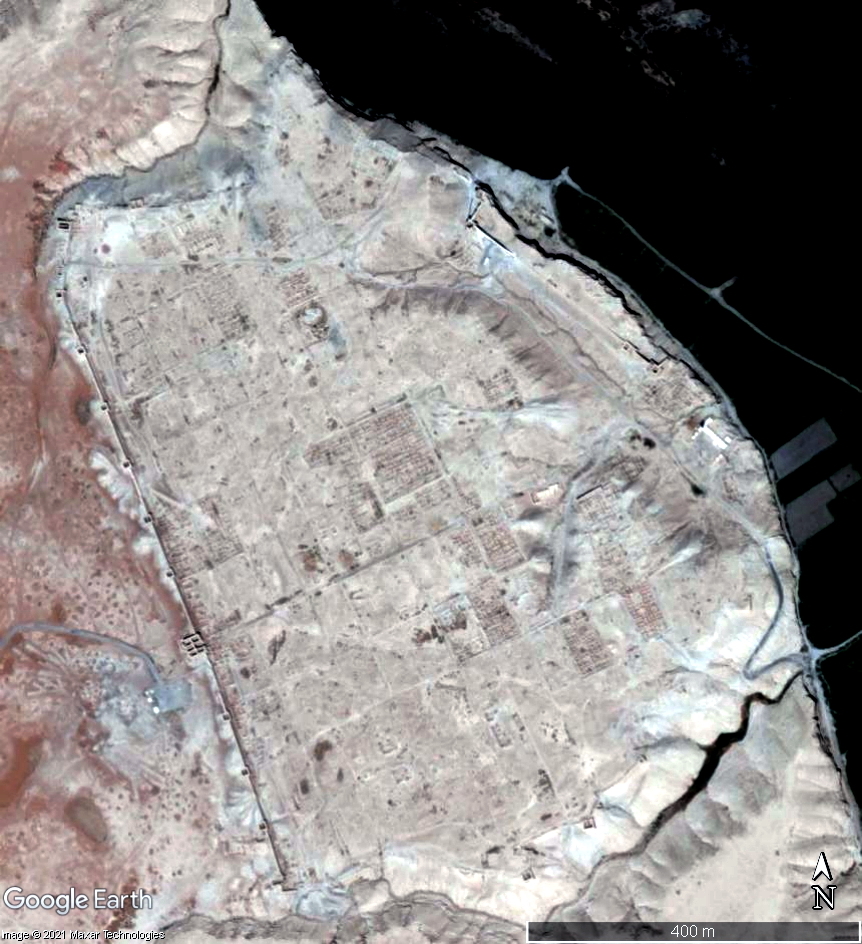 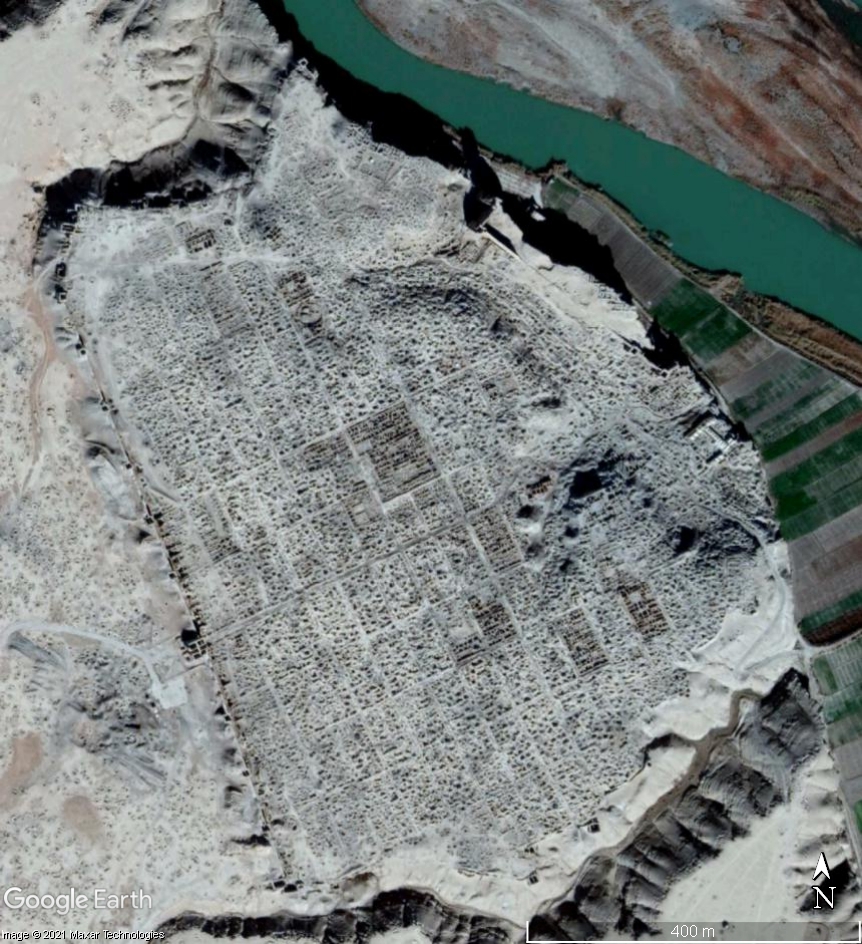 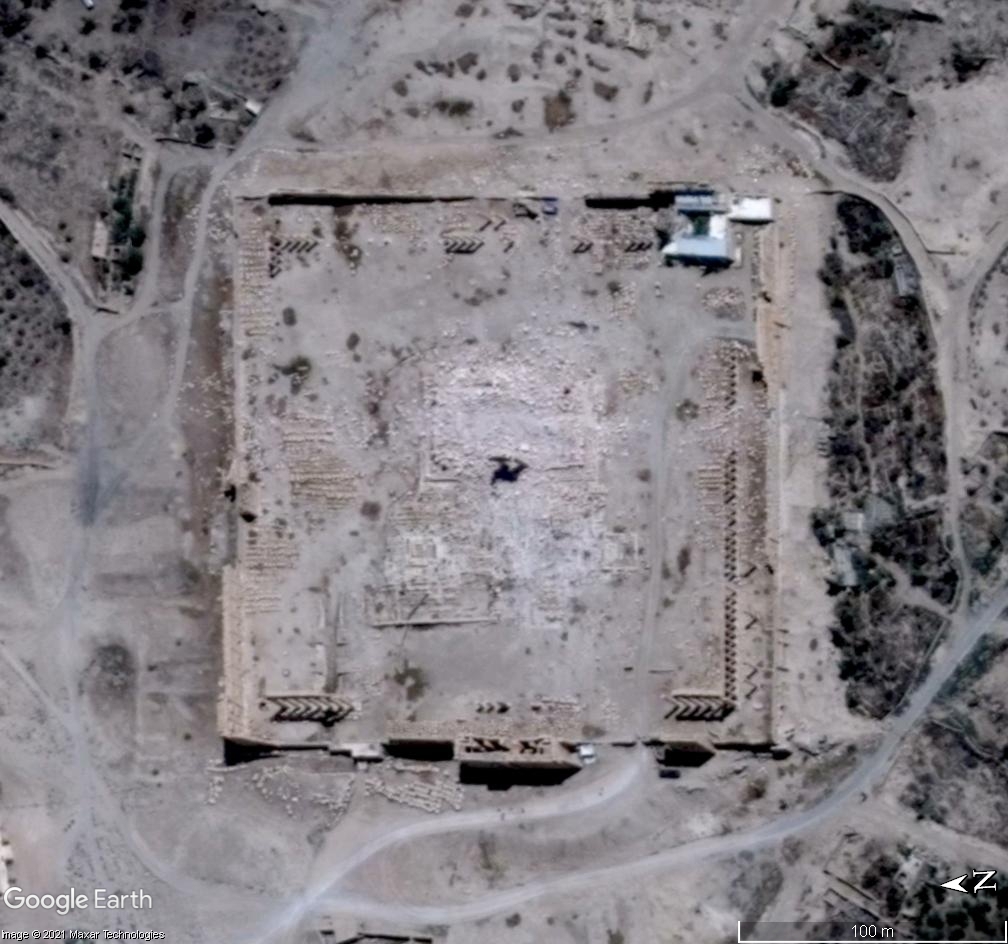 Figure 4: The Temple of Bel at Palmyra, Syria as seen on Google Earth in April 2016. Image © 2021 Maxar Technologies

There are some aspects of human development which are thought to be positive and progressive, such as construction and expansion of buildings and roads. However, these can threaten the security of cultural heritage. The formidable forces of unplanned development, rampant innovation, and heedless technical advance can dramatically alter the natural environment and archaeological landscape and magnify the scale of their destructive potential—a prehistoric site, or a historic building.

Through remote sensing it is possible to identify such threats which can endanger cultural heritage. In the figures below (Figures 5 and 6) one can see the encroachment of houses, buildings and roads within the periphery of well-known archaeological sites. 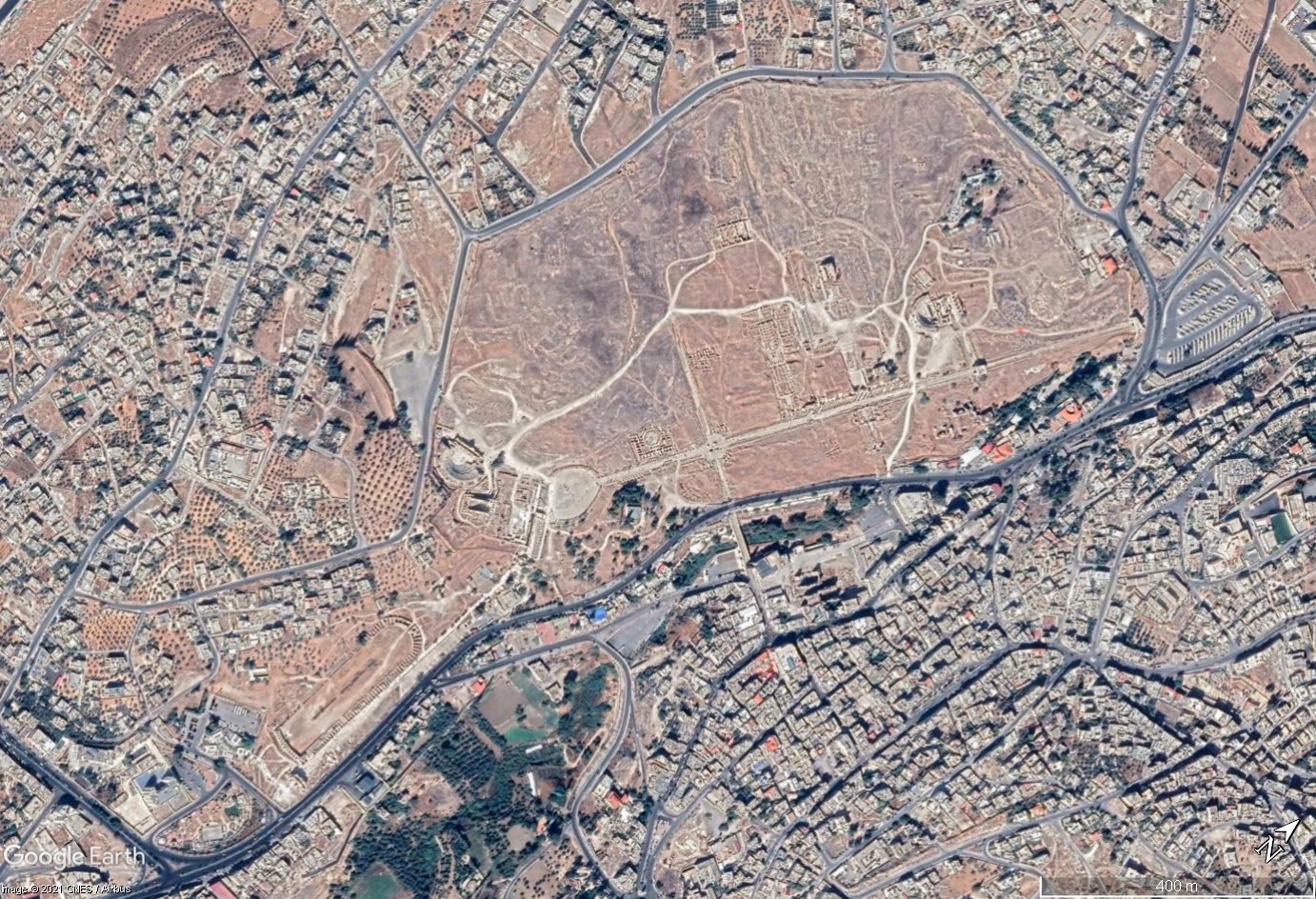 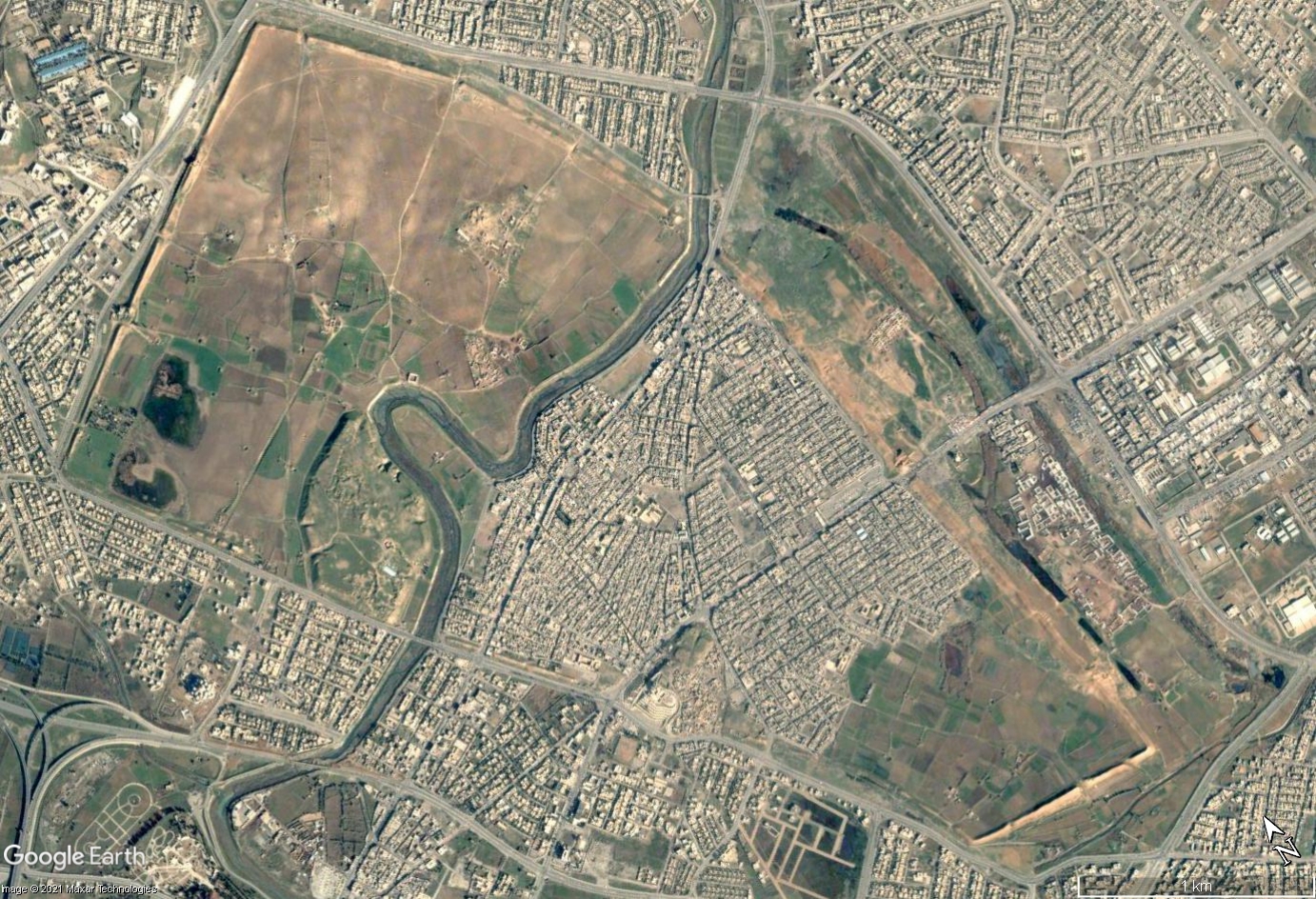 Another major threat that can be identified through satellite imagery is mining. In order to maximise profit and quick economic gain, often cultural heritage are put in to risk. In fact, examples of heritage lost to mining can be found on all continents. Below (Figures 7 and 8) are examples of increased mining activities and the rising threat to archaeological sites. 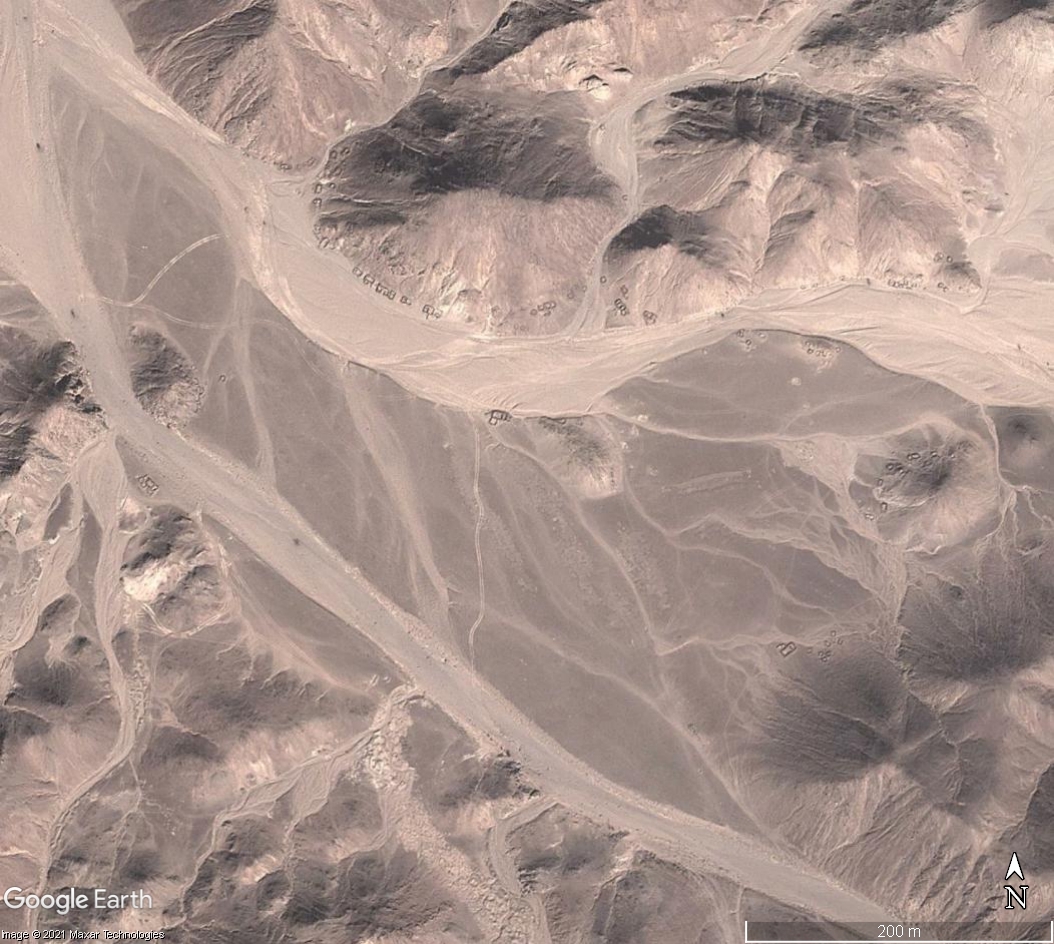 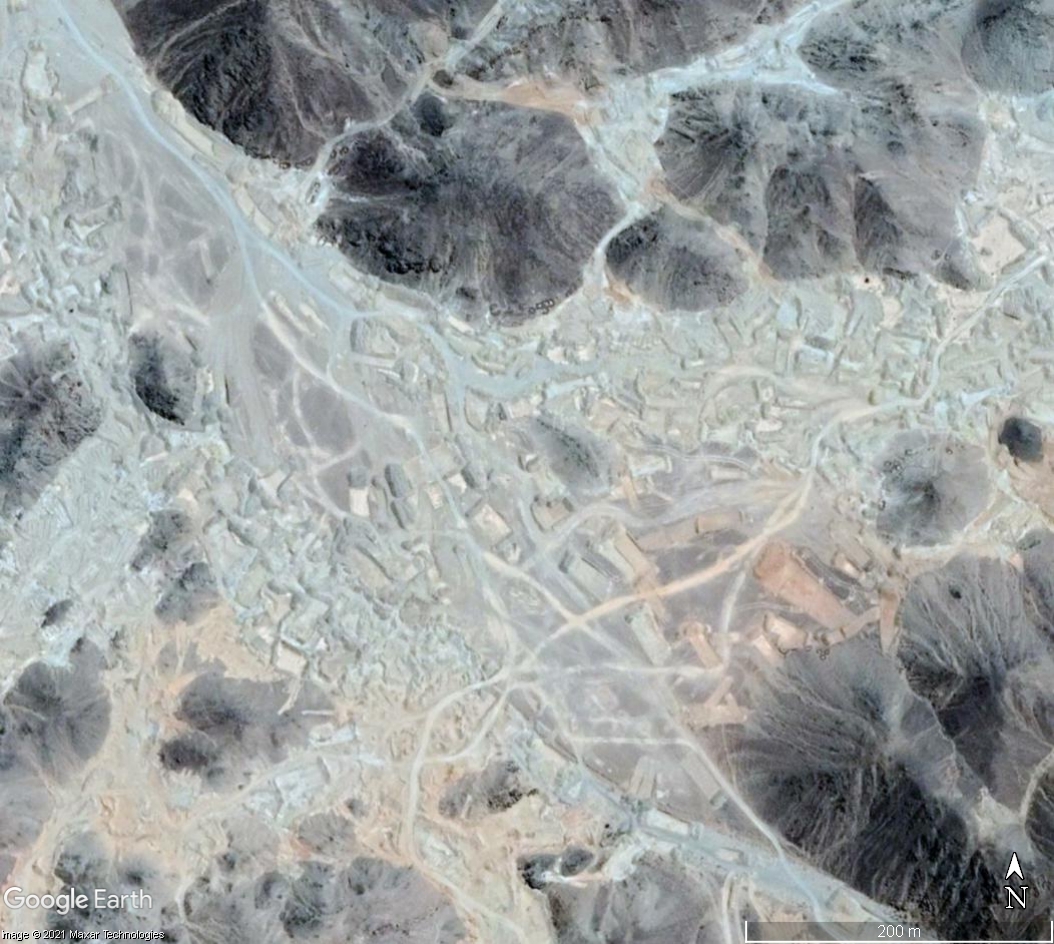 Figure 8: the same area of the Eastern Desert, Egypt, now seen on Google Earth in July 2018, after mining has heavily disturbed the area. Image © 2021 Maxar Technologies.

Thousands of archaeological sites worldwide lie under the ploughzone. Agriculture, therefore, is a major threat to cultural heritage. Archaeological “tell” sites or mounds are often ploughed over and flattened out for the ease of cultivation. Such higher grounds are often the easiest target for farming as they provide arable topsoil and better drainage. Figures 9 and 10 show satellite images of the effect of agriculture on archaeology. 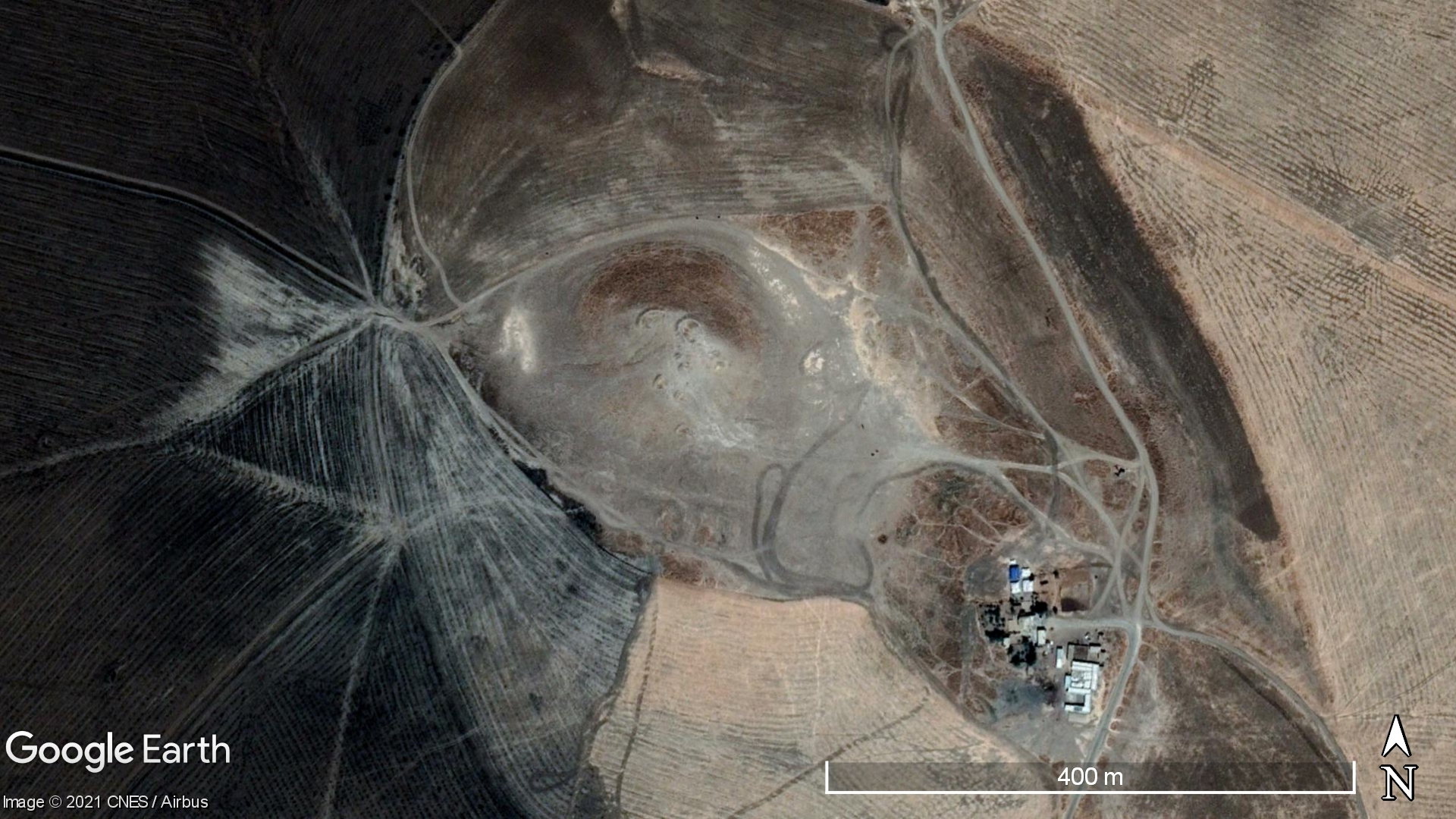 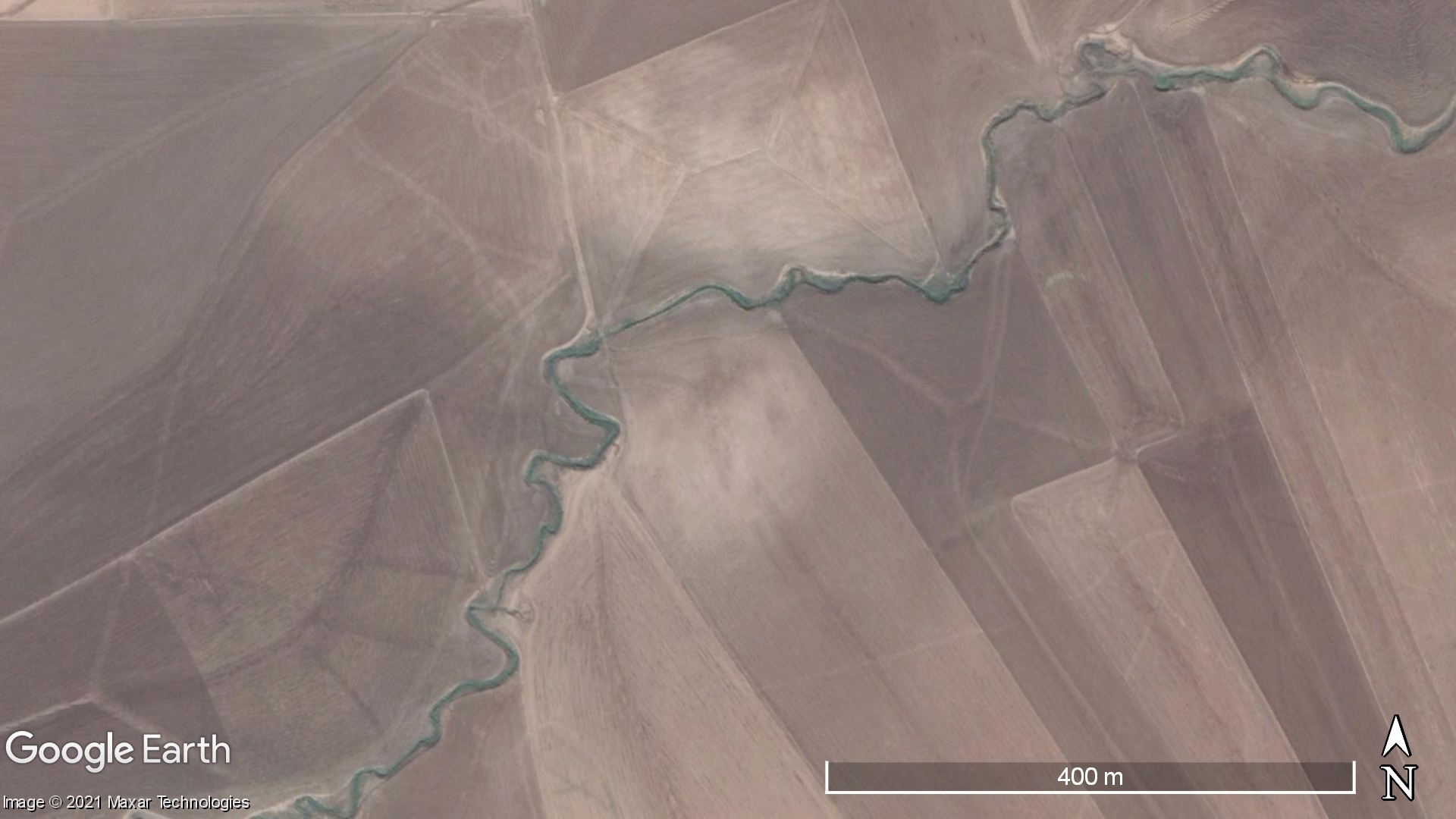 Figure 10: An example of a ploughed-over site. Image © 2021 Maxar Technologies