In this section you will learn what fortified structures may look like on satellite imagery.

Fortifications are structures typically built for defence – but often secondarily as highly visual expressions of power. Examples of fortifications include castles, forts (or fortresses), and defensive walls and ditches. They are often large features and so are preserved in the landscape.

For more than 5000 years, defences have been built to protect communities and their resources against theft, attack, and warfare. We have seen examples of settlements with defensive walls around them. There are also examples of fortified buildings such as military garrisons, or castles and fortresses.

Below are two examples of fortified sites seen in satellite imagery. 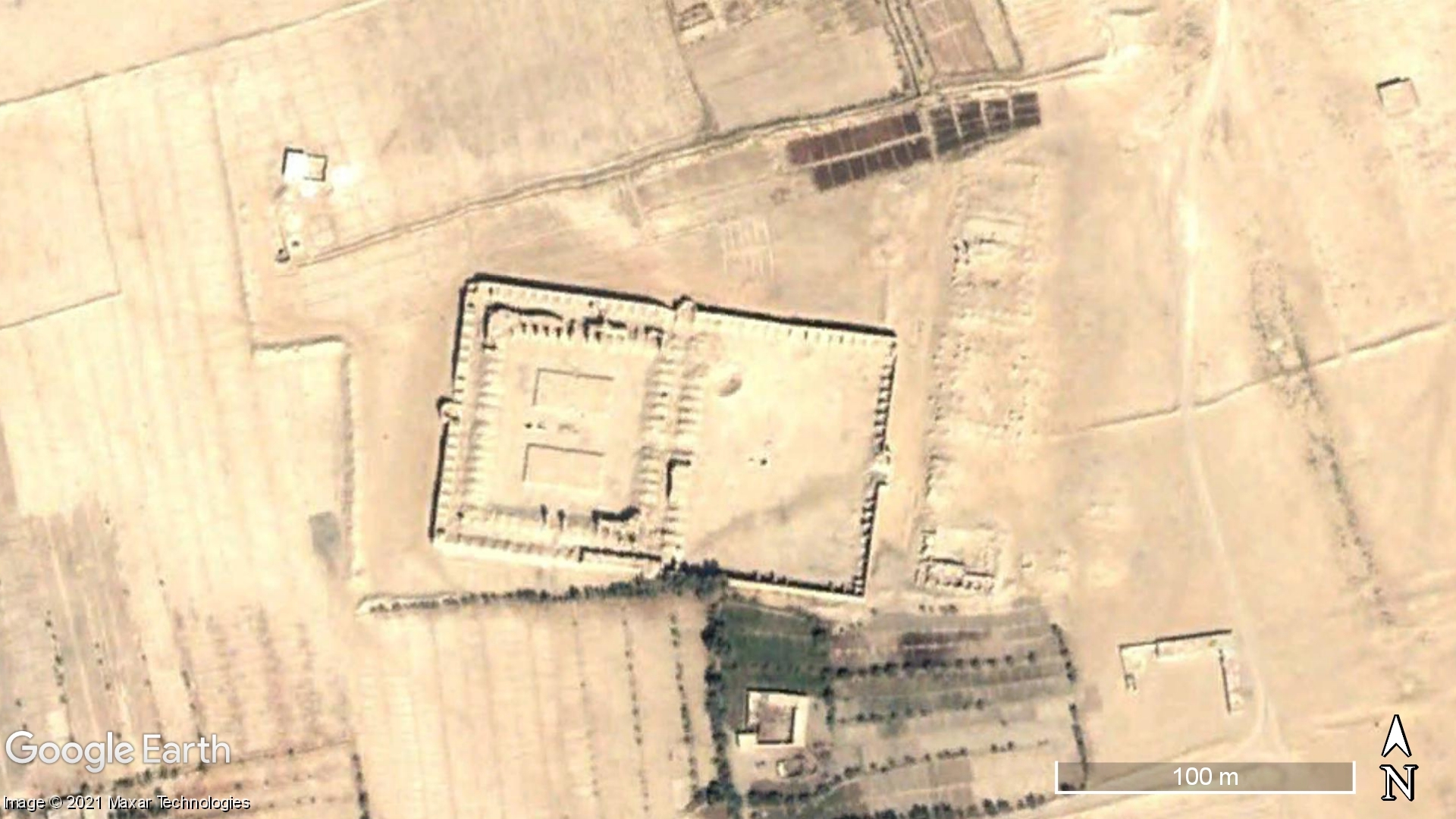