Article 2: What do artists and philosophers think of the savanna hypothesis?

In this article two philosophers give their interpretations of the 'People's Choice Project'. 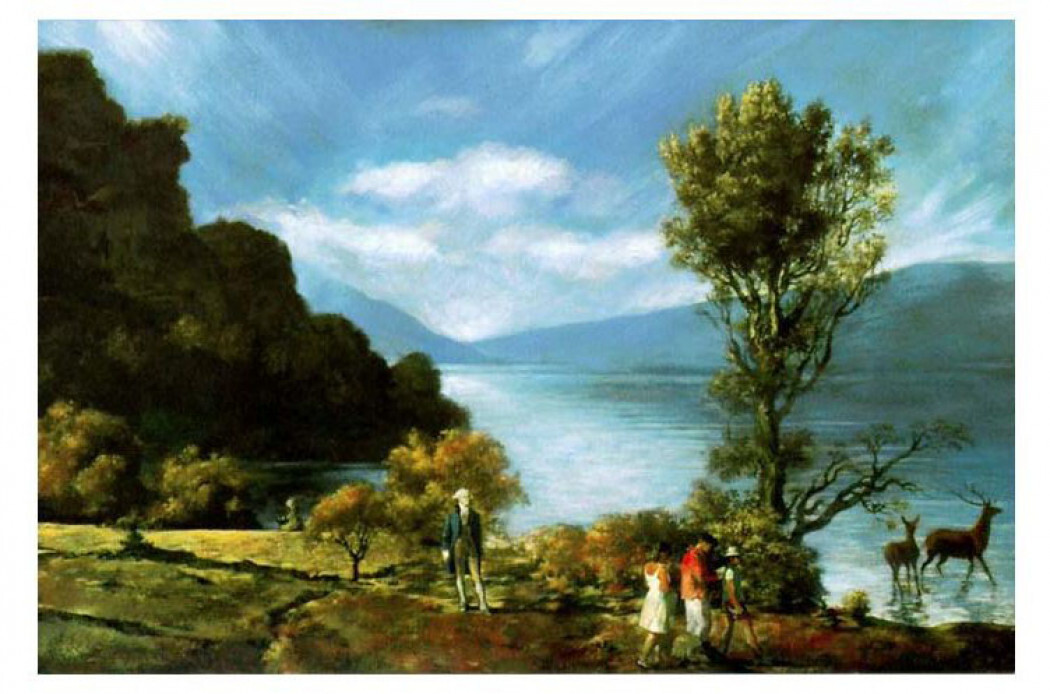 In 1995 a poll was carried out in fourteen different countries to find out the kind of pictures people would most like to see. The poll was called ‘The People’s Choice’ and was carried out by a market research company with the help of two Russian artists, Vitaly Komar and Alex Melamid. The most loved pictures were landscapes with water, people and animals. These pictures they called ‘blue landscapes’.

The two artists were very surprised that people from very different countries such as different as China, Kenya and Iceland liked the same landscapes. In fact, they thought that the blue landscape must be a genetic imprint. They said it is almost as though it is an image of “the paradise within “, the place we came from and most want.

Komar and Melamid produced paintings based on the preferences for each country. You can visit their exhibition at: The Most Wanted Paintings

In addition, Danto argues that when most people think of beautiful art they think of calendar landscape paintings. For example, over 90% of people from Kenya say the art they have in their homes is pictures from calendars. What is more, the painting ‘Kenya’s Most Wanted’ looks like a painting from North American in the nineteenth century. It does not look like the dry landscapes of Africa (see Danto, 1997).

The late Denis Dutton was professor of philosophy at Canterbury University in New Zealand. He disagrees with Danto. He says that there are places in Africa that look like North America, such as Mount Kenya National Park. Furthermore, he thinks Danto’s view people learn what landscapes and paintings to like from calendars is wrong.

According to Dutton, the calendar industry does not influence what we like, but tries to provide us with the pictures we like to see. Dutton believes our attraction to the the blue landscape is part of human nature. We inherited this attraction from our pre-historic ancestors who evolved in Africa 1.6 million years ago. The blue landscape is just the ideal habitat of our ancient African ancestors.