A brief history of New Zealand flora and fauna

Where did the New Zealand forests and wildlife come from and what has happened to them? This article gives a brief overview. 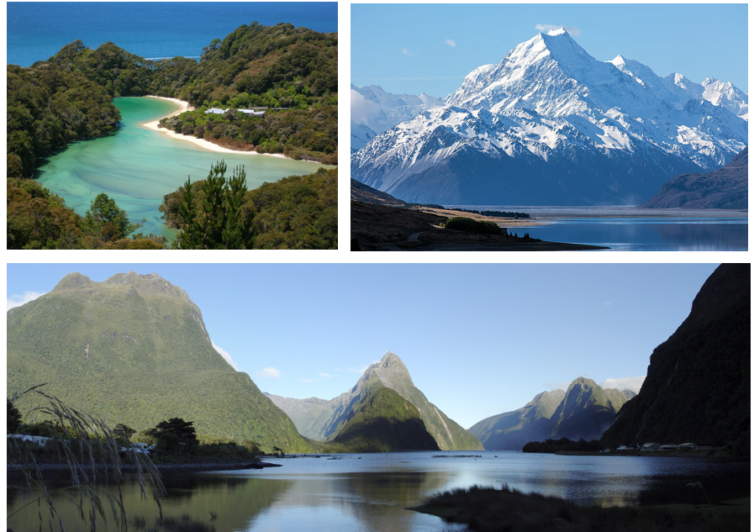 New Zealand is a large archipelago in the South Pacific. There are two main islands called the North Island and the South Island along with numerous offshore islands. New Zealand has a landmass about the size of Great Britain.

New Zealand was once a part of a supercontinent

During the age of dinosaurs (146–65 million years ago) and before the age of mammals, New Zealand was part of a supercontinent called Gondwana that included Antarctica, Africa, South America, India and Australia.

Through the slow process of continental drift, Gondwana broke up. New Zealand split away about 85 million years ago and it has been isolated ever since.

The first humans in New Zealand and the forests they found

The first humans came from Polynesia and settled from the mid-thirteenth century (1250-1300) (MCH, 2021). The descendants of these people are the Maori. They called their new home Aotearoa which means ‘The land of the long white cloud’.

They found a land mostly covered in dense forest. There are two basic types of forest in New Zealand. They are the conifer-hardwood and the beech forests, both of which are related to the ancient forests of Gondwana.

The conifer-hardwood forests are dominated by conifer trees called podocarps and have an under-storey of hardwoods. One podocarp example is the kahikatea or white pine.

These ancient trees are from Gondwana and have not changed in 190 million years. They differ from other conifers in that their cones are like berries that birds like to eat.

Beech forests are those dominated by beech trees of which there are five species. These trees are hardwoods and evergreen. The forests floors are often covered with moss with scattered under-storey shrubs.

The first humans in New Zealand and the animals they found

In the forests, there were the ancient Gondwana reptile called the tuatara (Sphenodon) (figure 1), and ancient birds such as the wattlebirds (figure 2).

Many other birds are descended from ones that arrived from Australia such as the tui and bellbird (figures 3 & 4). There were no land mammals except for two bats. 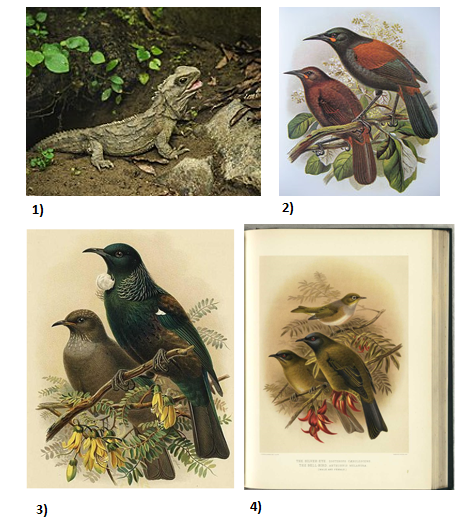 Some bird species were flightless such as other birds of ancient origin kiwi and kakapo (Figures 5 & 6). 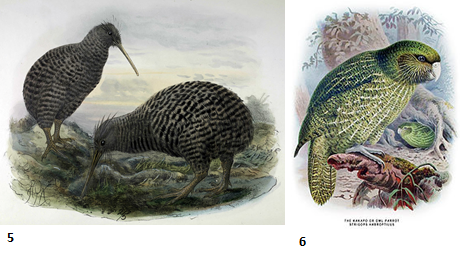 In a generation or so after the arrival of the first humans a large number of species became extinct and vanished off the face of the Earth. This included the 13 species of the flightless Moa and the Giant Haast Eagle (Figure 7). 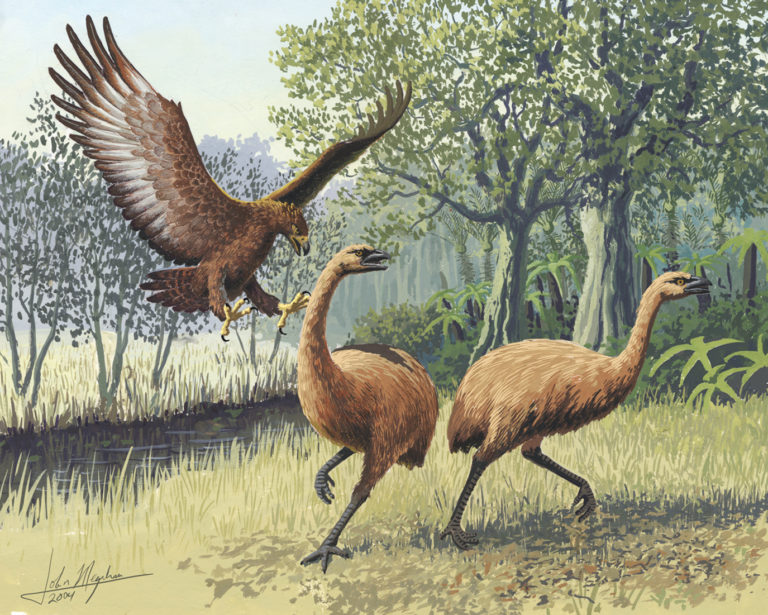 By the time the first Europeans arrived in the eighteenth century about 75% of the forests remained. These settlers cleared enormous areas of forest for agriculture and by the twentieth century, only about 25% was left. This resulted in further loss of bird species such as the Huia.

Most European settlers were from England. They brought with them the plants and animals they needed for farming and to make New Zealand a home away from home.

The introduction of rabbits

They introduced rabbits to provide food for settlers. In the absence of predators, the rabbit population exploded and damaged the valuable pasture lands. In response, stoats were introduced to control the rabbits (figure 8).

Unfortunately, these predators entered the remaining forests and began to prey on the easy to catch native birds. This led to further extinctions. 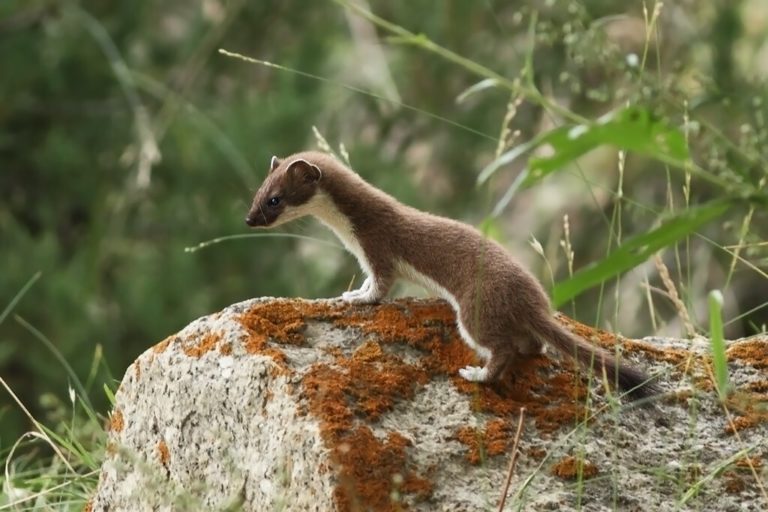 The introduction of herbivores

The Europeans also brought herbivores such as deer, goats, and boar and the omnivorous possum from Australia. All of which cause severe damage to native forests.

These exotic animals have changed the character of the native forest. The plants they found good to eat (palatable) become scarce and the unpalatable ones increased (Salmon, 1980).

All in all, the once-great forests of New Zealand were largely reduced to scattered fragments surrounded by farmland and a few national parks. These forests have problems with exotic species that continue to drive native ones to extinction.

The damage of the past

Given the massive and irreversible changes, it is impossible to turn back the clock to undo the damage of the past. It is likely that the only hope for New Zealand flora and fauna is in the creation of sanctuaries free of mammals on off-shore islands.

Good island projects are Tiritiri Matangi Island off the coast of Auckland and the inshore island reserve Otamahua/Quail Island near Christchurch. Successful mainland sanctuaries are Zelandia near Wellington and Brook Waimaramara Sanctuary near Nelson.

Ministry for Culture and Heritage (2021) ‘Pacific voyaging and discovery’. Available at: https://nzhistory.govt.nz/culture/encounters/polynesian-voyaging