How to make a persuasive argument – Toulmin method

In this article, you will see how you can make a persuasive argument, and describe the main parts of the Toulmin method.
© Ray Genet NMIT

We’ll first look first at using a logical and well-structured argument, then we’ll touch on the use of emotion to convince an audience.

There are many ways to make a persuasive argument. Let’s look at a couple.

1) A simple and effective plan of a persuasive argument has 4 basic steps.

2) The following is similar to the first one but has 5 or 6 steps and is based on the work of the English philosopher Stephen Toulmin. So, we’ll call it the Toulmin Method.

The first 3 steps are the most important. They are called ‘Claim’, ‘Evidence/Data’ and ‘Warrant’ (figure 1) 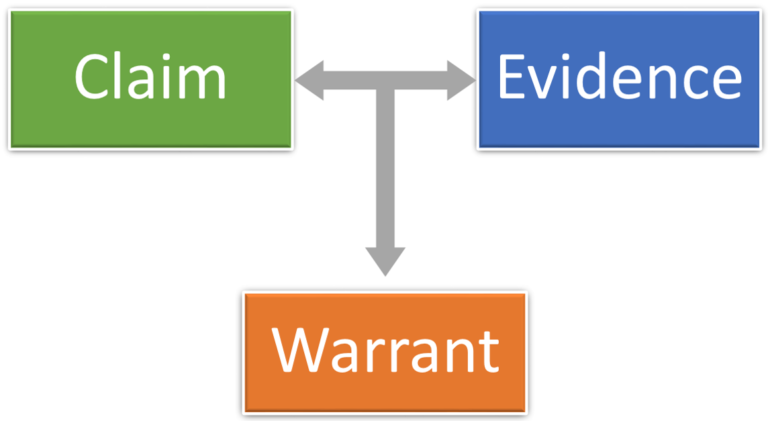 1) Claim: The point the speaker wants to make.

Lead poisoning is a threat to kea and is causing massive population decline.

2) Evidence/Data: Evidence the speaker uses to support the claim. The Data is really the basis of your Claim. The Claim is the conclusion you made from the Data.

3) Warrant: This is a statement of a principle or a well-known theory. The Warrant justifies using the Data to come to your Claim. The Warrant is the most important part of your argument. Your argument is only as strong as its Warrant.

Lead in the environment is harmful to ecosystems, wildlife and humans. This includes the death of microbes in the soil which affects insects and plants and the animals that feed on them. Lead poisoning causes brain damage and organ failure in people. Lead poisoning affects animals in the same way as it affects humans.

4) Backing: This is more facts and data to support the Warrant

Photos of young kea eating lead (figure 2). Evidence from research studies showing keas has lead poisoning. The effect of lead poisoning on kea such as brain damage and loss of ability to find food, and affects their ability to escape predators. (figure 3) 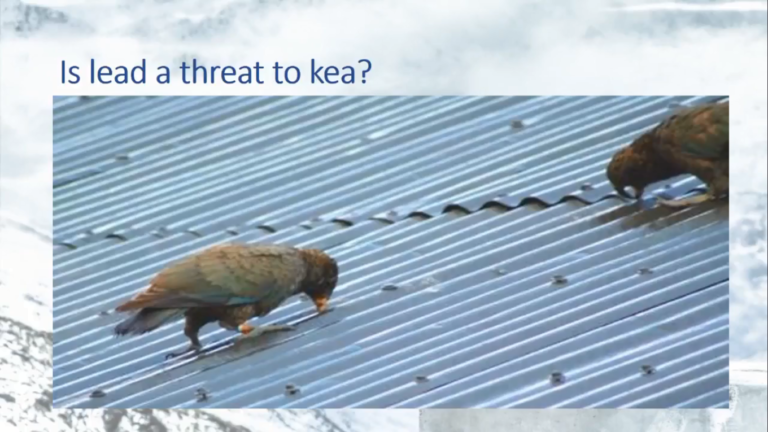 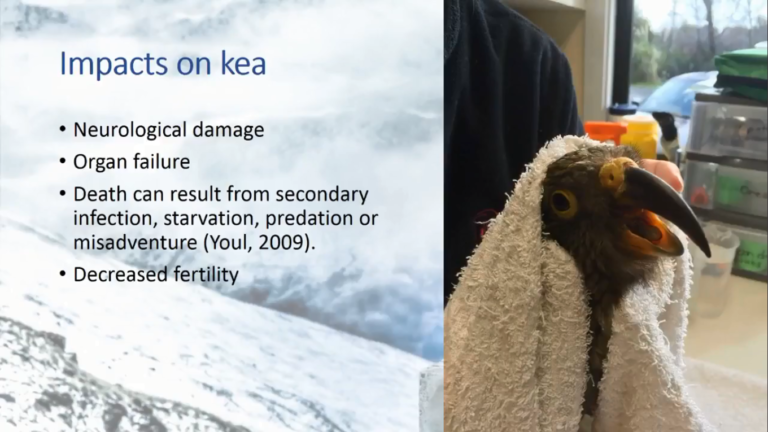 Figure 3 PowerPoint slide of a kea being treated by a vet for lead poisoning. From Tamsin Orr-Walker’s presentation. (image source: keaconservation.org)

Critics may say that the real cause of the death is that kea eats the poison 1080 used to kill mammalian predators.

6) Rebuttal: Rejection of the counterclaim and an affirmation of the Claim.

While it is true that a few kea dies from eating 1080 poison our data shows that this does not have a great effect. The main cause of the population decline is lead poisoning together with predation.

Moving an audience emotionally is a very effective way to persuade. This can be done with words and with pictures.

In her presentation on kea and lead poisoning, Tamsin Orr-Walker uses two techniques to get the audience emotionally involved.

Firstly, she points out that humans and kea suffer in the same way from lead poisoning. This makes us feel empathy for the kea and highlights the connection between all living things.

Secondly, Tamsin uses a picture of a sick kea at the vet’s wrapped in a towel. This reinforces the empathy between the kea and humans. This is because Kea is a very cute and charismatic species and dolphins look like they are smiling. The towel makes the kea look more human as it is partially dressed in human clothes (see figure 3).

In a persuasive argument, you will put forward your point of view. You will provide evidence to support it.

To show that you are not biased and your claim is reasonable, you should give a counter-claim. You will then rebut it.

The effectiveness of your persuasion will increase when you appeal to the emotions of your audience.