Studies have revealed much about what the citizens of the Roman Empire ate, but how did Rome supply food to all its citizens? To understand changes in the food supply during and after the Roman Empire, it is important to take into account the cura annonae, a system that directed grain supply, oil and pork for state organisations, such as the army, citizens of Rome and the eastern capital of Constantinople. 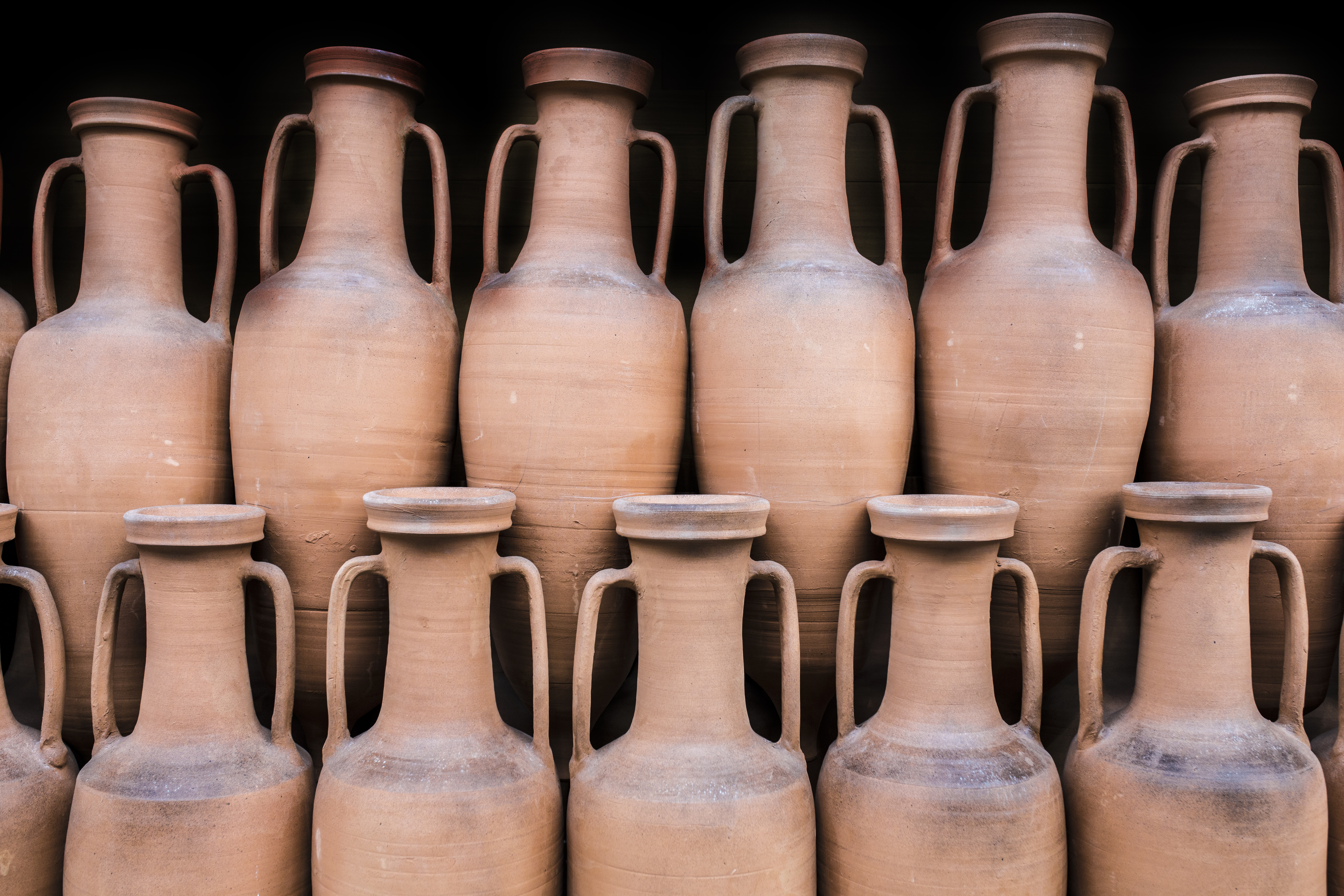 Studies have revealed much about what the citizens of the Roman Empire ate, but how did Rome supply food to all its citizens?

To understand changes in the food supply during and after the Roman Empire, it is important to take into account the cura annonae, a system that directed grain supply, oil and pork for state organisations, such as the army, citizens of Rome and the eastern capital of Constantinople.

As far back as the second century BC, the Roman state had tried to ensure a low-cost or free food supply for the citizens of Rome, who had come to number anywhere from 750,000 to 1,000,000 inhabitants. If the minimum annual consumption of grains is around 250 kg per person (the minimum quantity for subsistence calculated by the Food and Agriculture Organization of the United Nations or FAO), Rome alone needed about 400,000 tonnes of wheat per year. 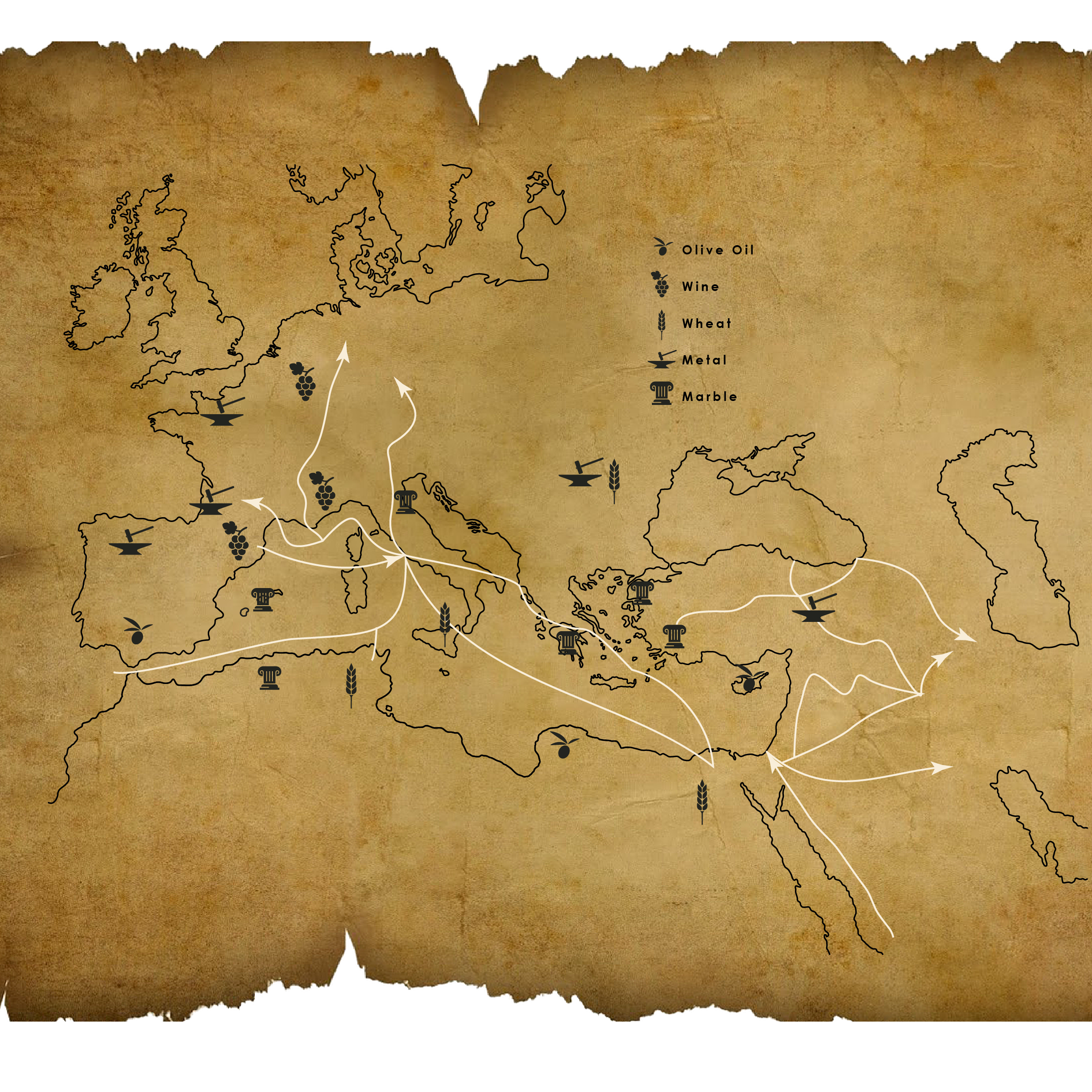 A map of the cura annonae

The cura annonae met this demand. Created in the 1st century CE, this intricate system of import and distribution was able to feed all of Rome’s residents. Its later collapse had grave consequences to the stability of the Roman Empire.

This steady supply of food gave citizens a sense of order and security, providing us with one of the earliest examples of a safety net ensured by the state.

In addition to the cura annonae, there were also independent trade routes outside of the system that contributed to this supply. But there has yet to be a quantitative assessment of such trade so our understanding and evaluation of the economic consequences of the end of the annonae system is somewhat limited.

Clues in the carriers

Since the 1970s, archaeologists have tried to understand these economic trends through the study of amphorae and imported ceramics which carried and stored the food within this system. They would observe their presence in different regions and analyse how certain products moved about, how far they traveled, and in what context. 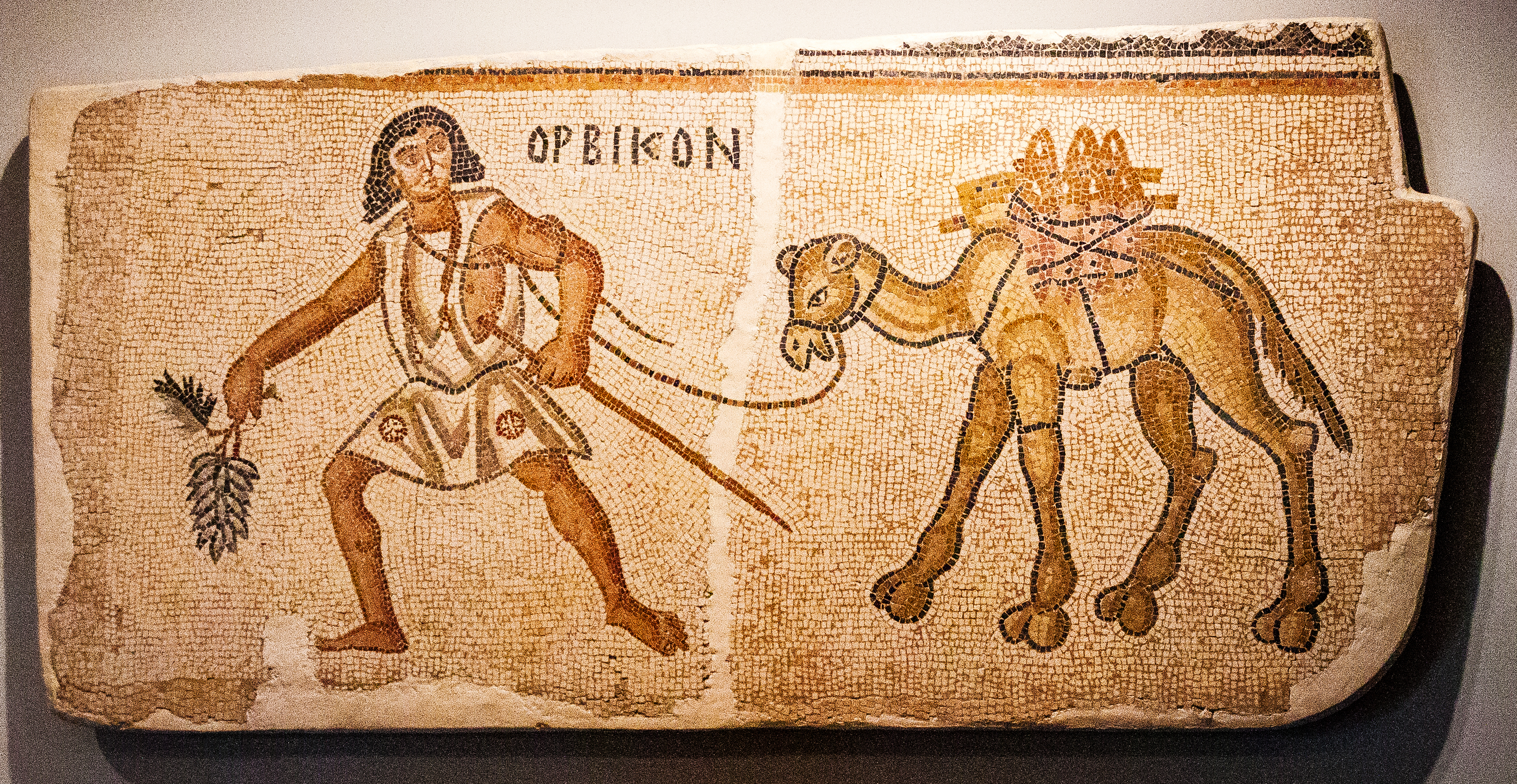 The study of amphora production and distribution centres in the Mediterranean demonstrates the transfer of primary products (oil, wine, sauces, fish, etc.) which may have travelled with grains and with many secondary goods.

Some types of amphorae, such as Late Roman Amphora 2 or the Keay 52, have been linked to the food supply system. 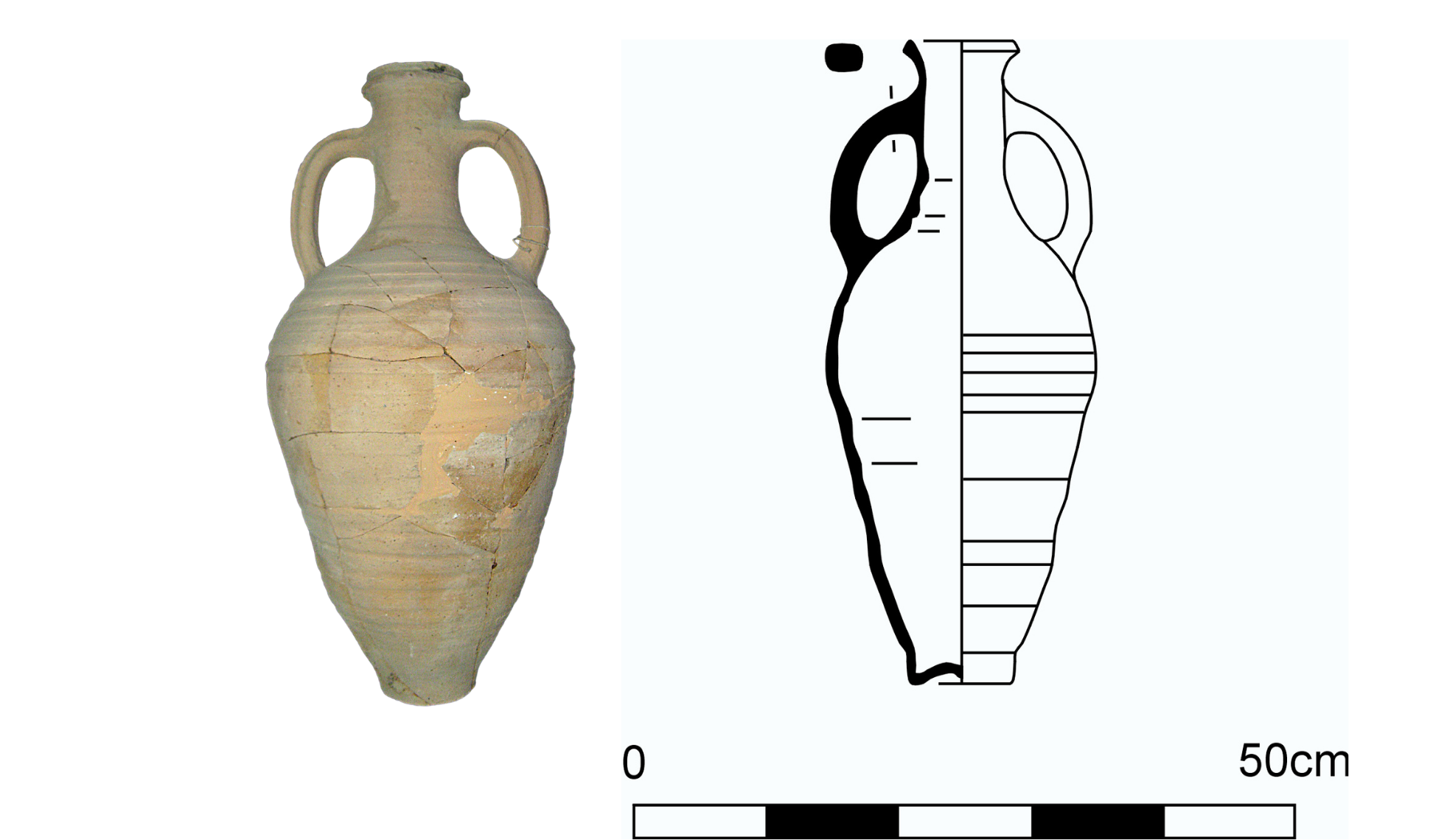 Keay 52 amphora from the East

The first type, coming from the East, was used in general for military supplies, an element that can help us identify the ships used to ‘officially’ transport supplies for the annona, and to identify the sites connected to the Byzantine defensive system. 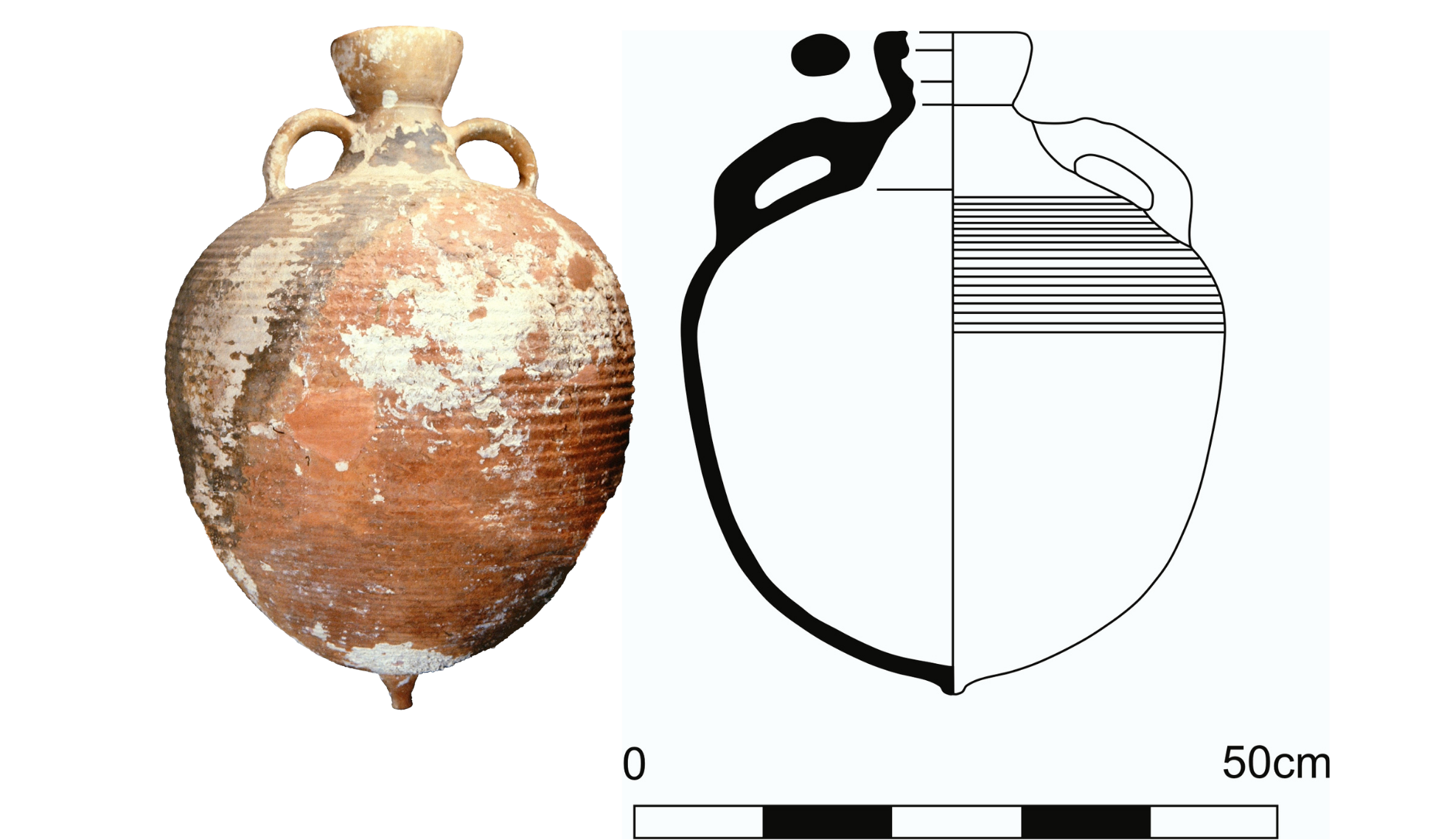 The second type was probably made in southern Italy (Sicily/Calabria) and contained wine, which would continue to be produced by the Church when these areas became property of the Popes.

In addition to amphorae, between the late first century and the sixth century CE, African tableware ceramics were also imported in bulk into Italy with such ‘standardized’ productions that today we can accurately date the archaeological strata.

Although there seems to be a tendency towards the regionalization of trade starting in the sixth century, this does not mean that long-distance exchanges came to an end.

Amphorae are only one of the many possible containers that were used to transport and store food. Many others existed that were made of perishable materials, such as barrels and sacks and unfortunately these survive only under very particular conditions.