The Study of Human Bones

The study of human bones is the most tangible source for understanding the lives and deaths of all past populations - elites in some cases, but also the vast majority of people who generally receive little attention in the written sources and are poorly represented in the general archaeological picture of the post-classical period. 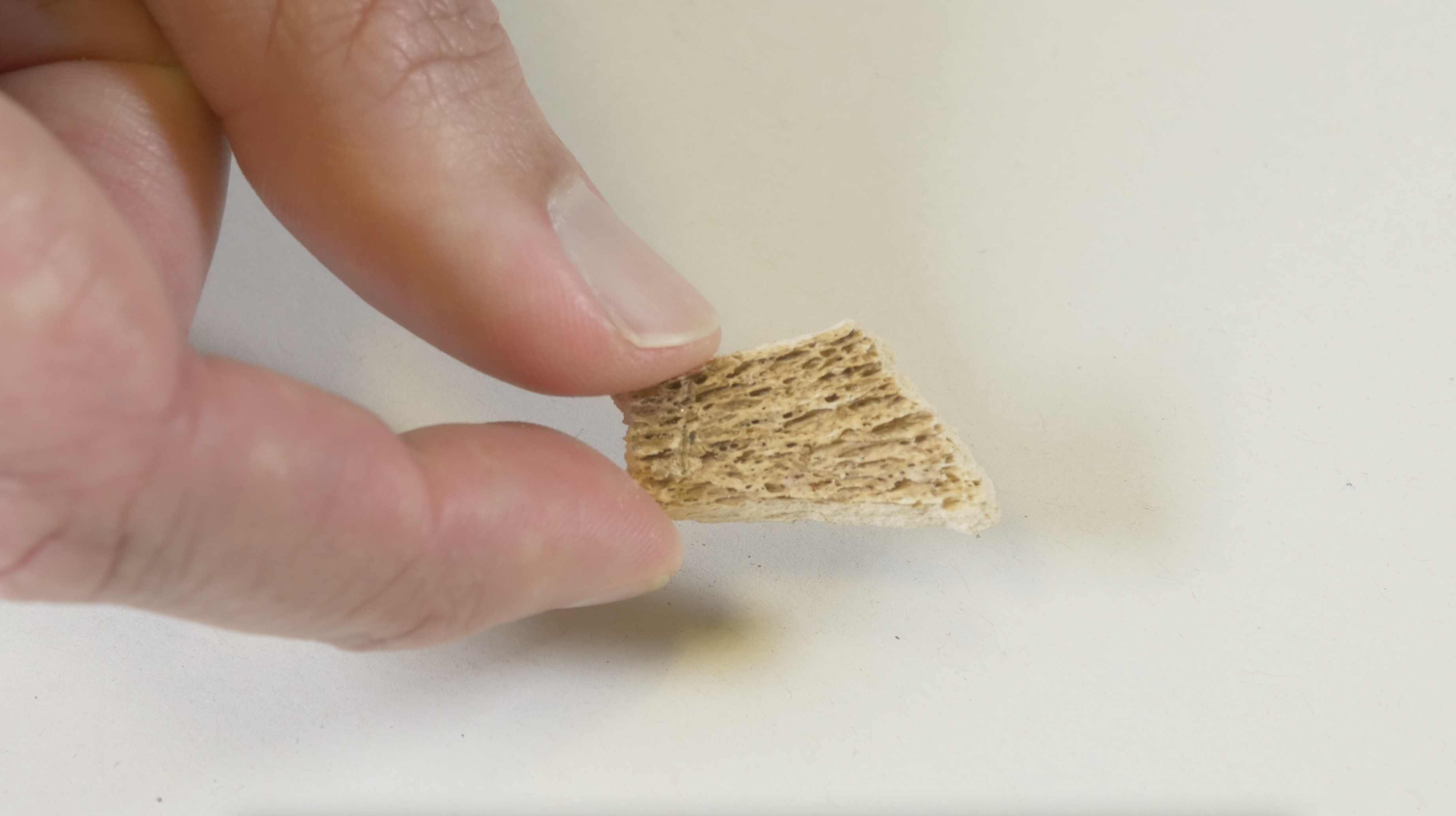 The study of human bones is the most tangible source for understanding the lives and deaths of all past populations – elites in some cases, but also the vast majority of people who generally receive little attention in the written sources and are poorly represented in the general archaeological picture of the post-classical period.

Preparation for stable isotopes analysis at the Department of Geosciences, University of Padua

Macroscopic and biomolecular analysis of skeletons can provide us with fundamental information on many different aspects. This includes origins and migration, demography, physical activity, diet and health. And these results provide insight on activities and social status as well as the environment and climate changes and even causes of death.

View Course
This information should be contextualized in relation to data on the topography and structure of the cemetery as well as the personal objects found in the tombs in order to understand, for example, the social status of the deceased.

Generally speaking, the pathologies may affect either the bones directly (although more rarely) or the soft tissues, and in the case of an acute and/or chronic phase the response of the bone occurs, albeit slowly, and can thus be observed. It won’t be possible to observe all the diseases that affected those buried over the course of their lives – only the chronic cases, which did not necessarily cause the deaths of those affected. Paradoxically, therefore, very serious diseases that quickly killed the affected person usually cannot be detected.

This means that skeletons with no signs of diseases on the bones were not necessarily in excellent health. This is known as the ‘osteological paradox’.

From the point of view of health (in individuals with equivalent social status), it is evident that living conditions deteriorated considerably in Italy after the end of the Roman Empire. In various case studies, a comparison between Roman cemeteries and early medieval ones indicates an increase in dental cavities and more generally a worsening of health, caused by a greater consumption of carbohydrates, malnutrition and poor hygiene and sanitation.
Malnutrition or infections and debilitating diseases for very prolonged periods can be traced through non-specific lesions such as cribra cranii, cribra orbitalia, and dental hypoplasia.

Analysing skulls with non-specific lesions
The first two pathologies, until a few decades ago, were considered a response to chronic iron-poor anemia or chronic diarrhea as a result of poor hygiene. Recent studies have highlighted various causes: chronic and acute bleeding, or loss of blood cells in megaloblastic anemia, which in turn is caused by a low intake of vitamin B12. Another suggested cause is the lack of hygiene and gastrointestinal infections during weaning. 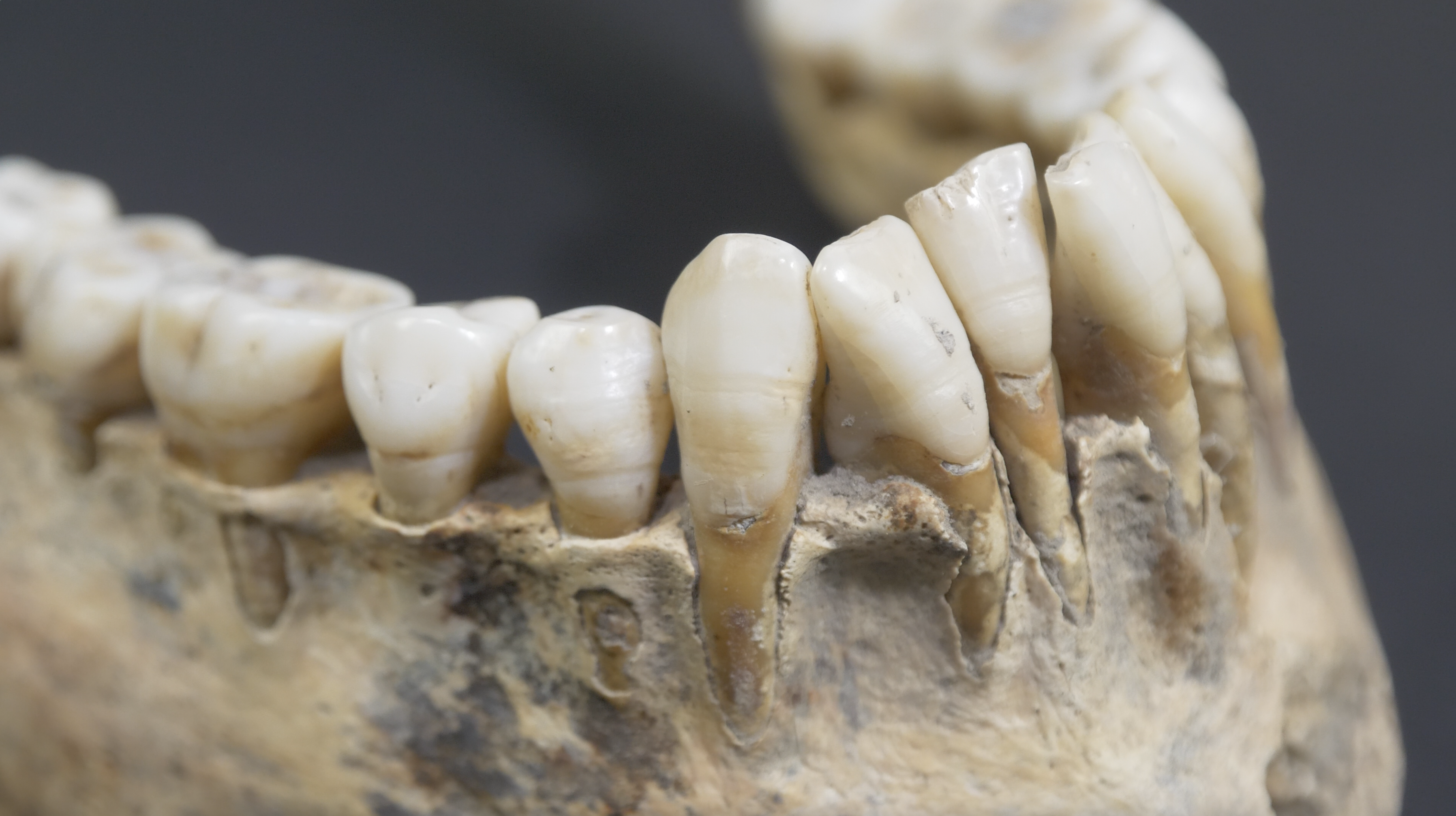 Teeth with signs of Hypoplasia
Hypoplasia is a dental alteration characterized by parallel and horizontal grooves on the crown of the teeth. The etiology has not yet been fully clarified, but it may be due to malnutrition or infectious diseases during the development phase.
Most scholars agree in linking, at least for the post-classical period, adverse climatic conditions to the development of some illnesses and the spread of diseases, which was mediated by malnutrition due to food shortages. In some areas, arthritis (osteoarthritis) was the most common pathology. This illness is linked to cold and humid weather as well as to ephemeral building materials, both characteristic of this period.

Infectious diseases are caused by viruses (as we are all aware this year!) or bacteria and are generally associated with inflammatory processes. They leave traces on the bones only in the case of chronic and subacute conditions that affect the skeleton. They can be divided into two large groups: non-specific and specific infections.
Non-specific infections are those for which it is not possible to identify the etiology, since the bone responds in the exact same way to a variety of microorganisms.
On the other hand, specific infections can be detected when the reaction of the bone is peculiar and related to a particular infectious agent. An example of a specific infection is tuberculosis. This disease allows us to verify the social cost of change in lifestyle and subsistence activities. Tuberculosis is caused by bacteria of the genus Mycobacterium, which are pathogenic for both humans and animals. Infection spreads by air or through the consumption of meat and the derivatives of infected animals. The effects of this pathology are mainly pulmonary but can also affect bones through the blood.

New research has recently been carried out in the study of dental calculus. This type of analysis allows us to recognize all the particles inside the tartar. 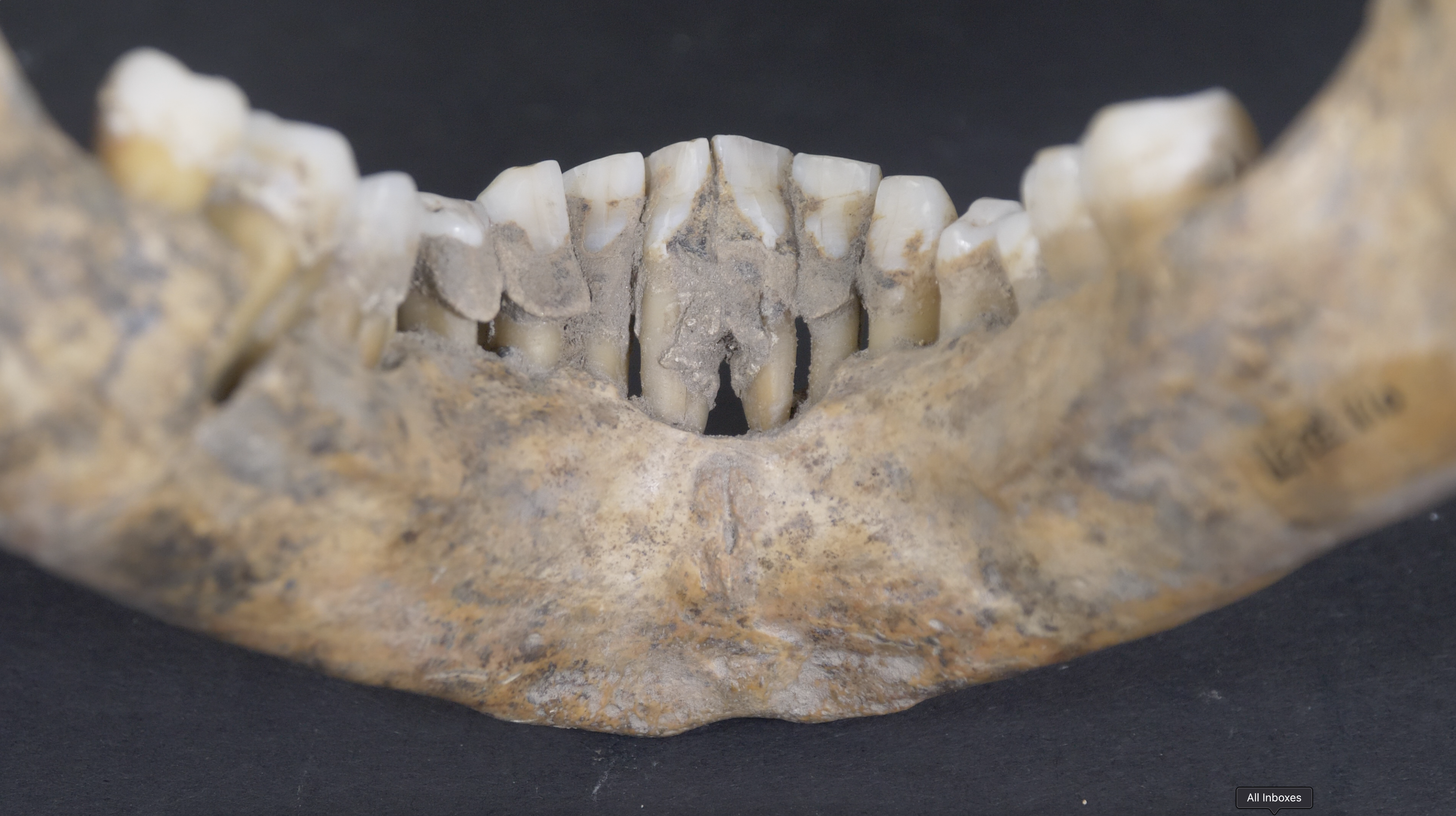 Looking for clues in tartar
These were present in the environment and in human activities which come into contact with the mouth (they can accidentally enter, for example through oral breathing, or the use of teeth as a third hand or through food).

These elements in tartar can therefore give useful information for the reconstruction of the diet, environment and information on people’s lifestyle.

However, when analysing human skeletons, it is always important to understand aspects such as their social status – something that can only be deduced from their archaeological context and specifically the place where individuals were buried (for example, in a church or conversely an isolated cemetery in the countryside), the qualities of their tomb structures, or the grave-goods which accompanied them to the after-life.