This piece focuses on the Goths and Lombards, the two predominant barbarian groups which settled in the Italian territory during the Early Middle Ages. 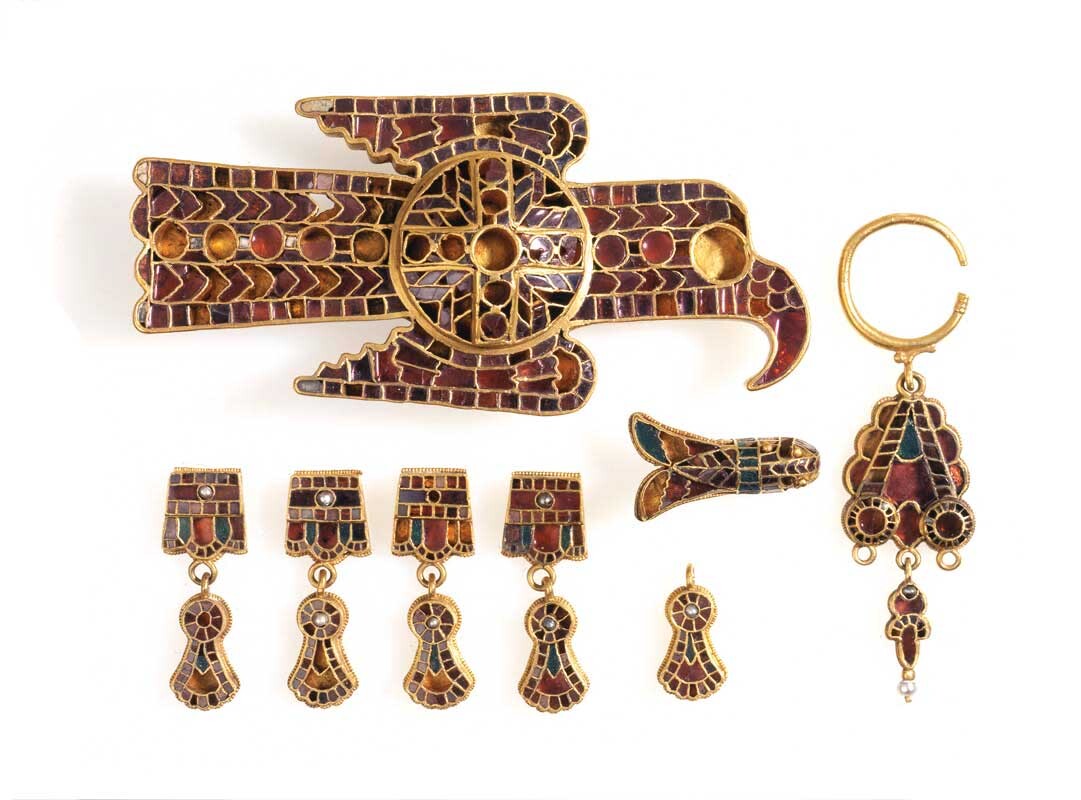 This piece focuses on the Goths and Lombards, the two predominant barbarian groups which settled in the Italian territory during the Early Middle Ages.

In the Roman Empire, major cities had been as cosmopolitan as many of the metropolises of our modern globalised society. In studies of skeletons found buried on the outskirts of Rome, the strontium and oxygen present in the dental enamel of first molars (formed in the first three years of life) has verified the presence of many immigrants. At the site of the 2nd-4th century village of Vagnari in southern Italy (Puglia), a combination of oxygen isotopes and DNA analysis has documented the presence of a woman of East Asian descent, whose grave and burial goods, similar to those of her neighbours, did not mark her out as a ‘foreigner’. 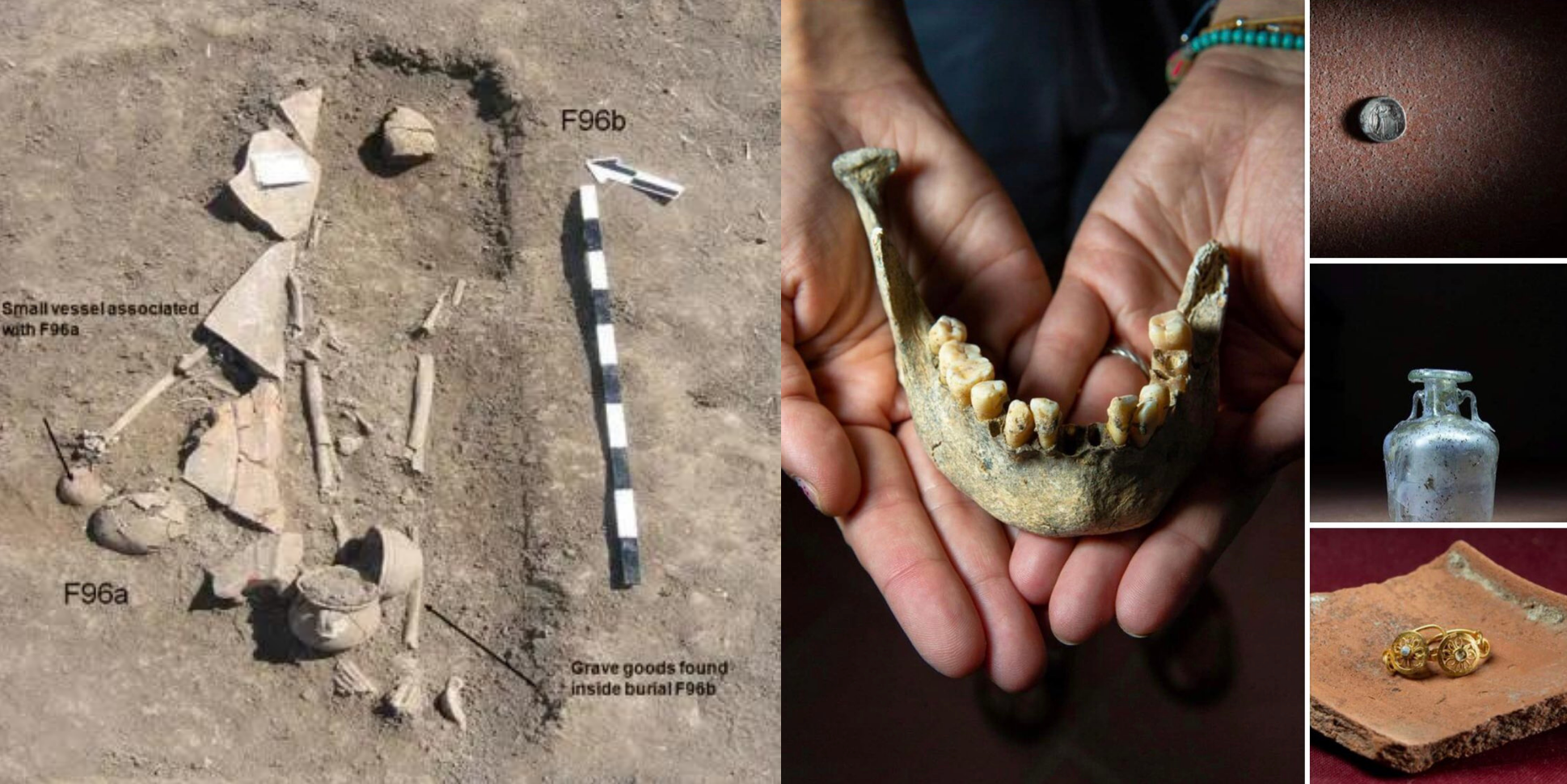 Grave and burial goods from Vagnari

Immigrants were often traders and entrepreneurs who came from other provinces and many, especially in late antiquity, were soldiers or slaves who were often sought out for their specialized skills.

How and where did new immigrant populations settle on the Italian peninsula?

The forms of settlement of the Ostrogoths, who reached the Italian peninsula in 493, is still the subject of broad debate. It is likely that the victorious warriors received productive land from their King Theodoric, derived from the confiscation of the state properties of his defeated predecessor Odoacer’s and a smaller proportion of land from dispossessed Roman aristocrats. The very few documented Gothic settlements (such as Frascaro and Domagnano), often directly connected to a preceding Roman estate, seem to confirm this hypothesis. 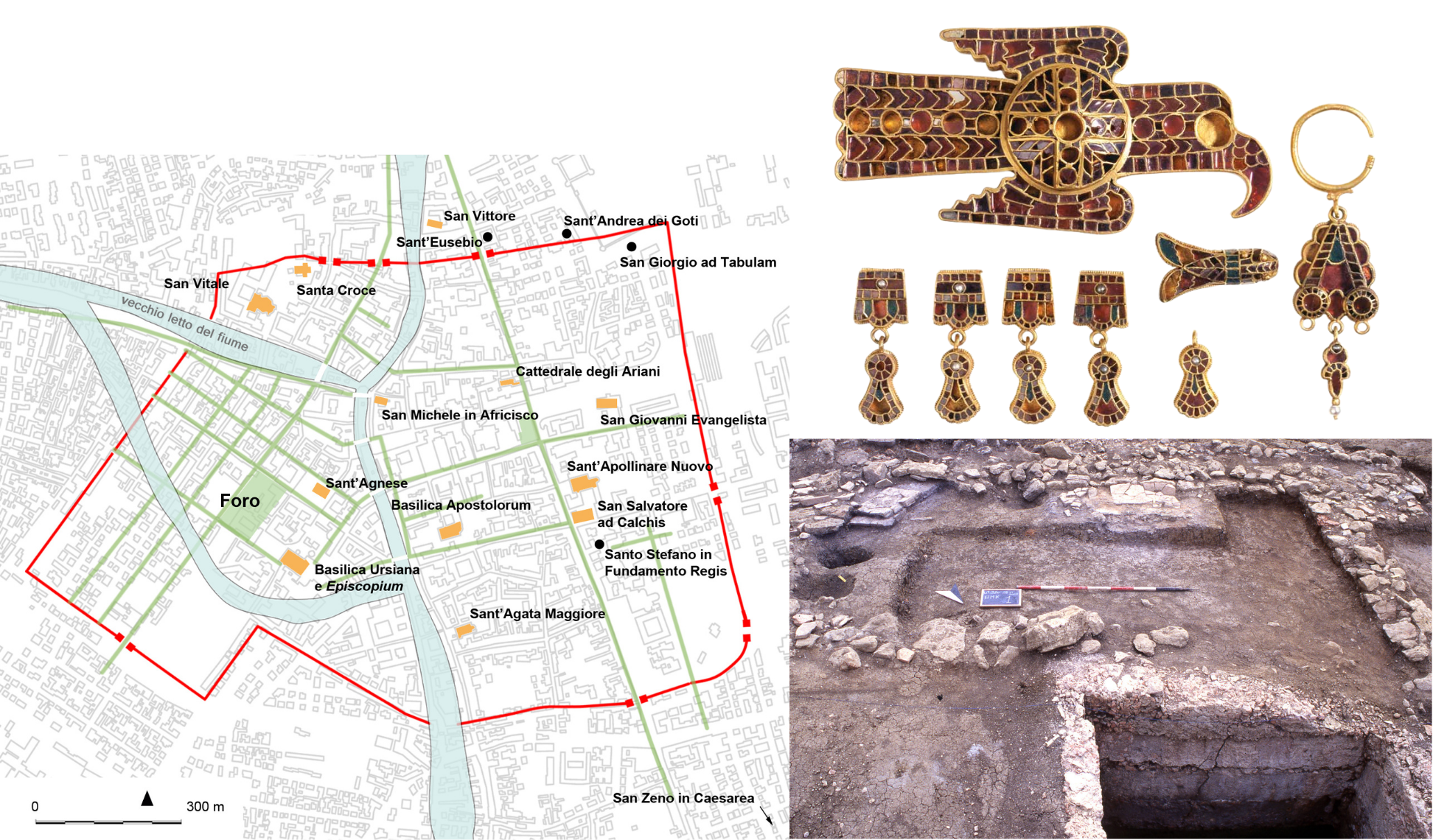 King Theodoric (454-526) and his court settled in the city of Ravenna, the capital from the start of the fifth century, and took up residence in what was possibly a pre-existing late Roman monumental house, located in the eastern area of the city. 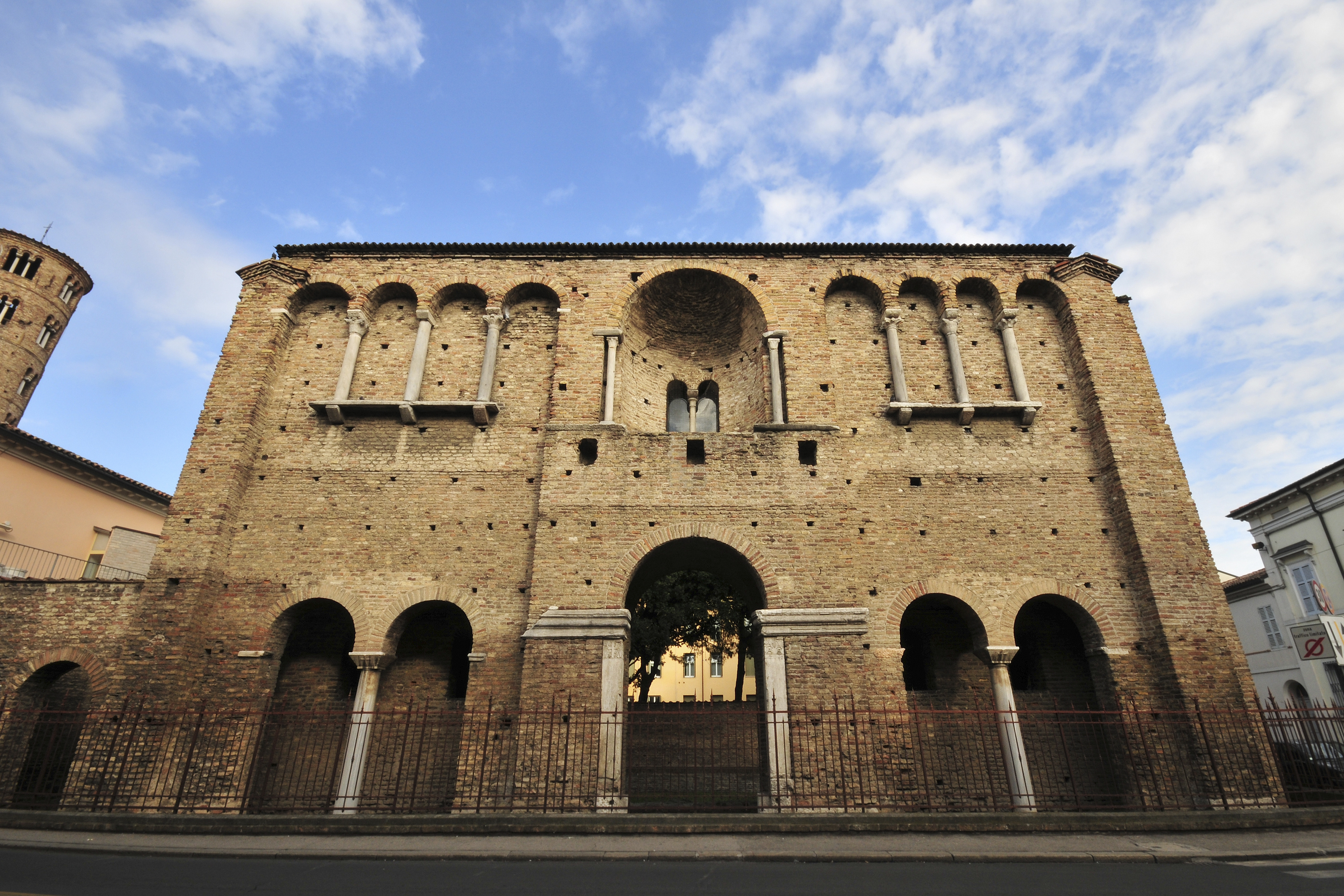 The palace of King Theodoric in Ravenna

The new palace was endowed with a church named for the Saviour and later renamed for Saint Martin (today called Sant’Apollinare Nuovo). As the Goths followed a variant of the Christian religion called Arianism, they also constructed a new cathedral with a baptistery to the north of the palace, as well as many other churches in the city and its suburbs. Theodoric, as self-titled head of the Empire in the West, also improved infrastructure such as the city walls and water channels of Ravenna and other Italian cities such as Rome, Verona, and Pavia, even building a palace in each of the latter two.

Public property was of central importance in the case of Lombard settlements. Between 574 and 584, the Lombard dukes chose Authari as their king, giving him half of all public property (Paul the Deacon, History of the Lombards, IV, 27).

King Autari sends ambassadors to Childebert, King of the Franks to ask the hand of his sister Ingarde. Frescoes of the Teodolinda Chapel of the Duomo of Monza
As a result of this agreement, two public property management systems were formed, the first dependent on the dukes and the other on the king. This property not only made up the economic base of public power, but also allowed for widespread control over the region. From the eighth century onwards, large tracts of property were then transferred to religious institutions.
In Abruzzo, the lengthy clashes between Lombards and soldiers from the Eastern Roman Empire can probably be credited with the conservation of a long-lasting Lombard identity, marked by certain traditions, such as the sacred tree celebration involving a race towards a walnut tree. The word fara, frequently used as a location name in Abruzzo and in other regions occupied by the Lombards, stands for a group of warriors and all their related non-combatants, including women, the elderly, children, slaves, and even livestock. It is still used in many towns in Italy today. 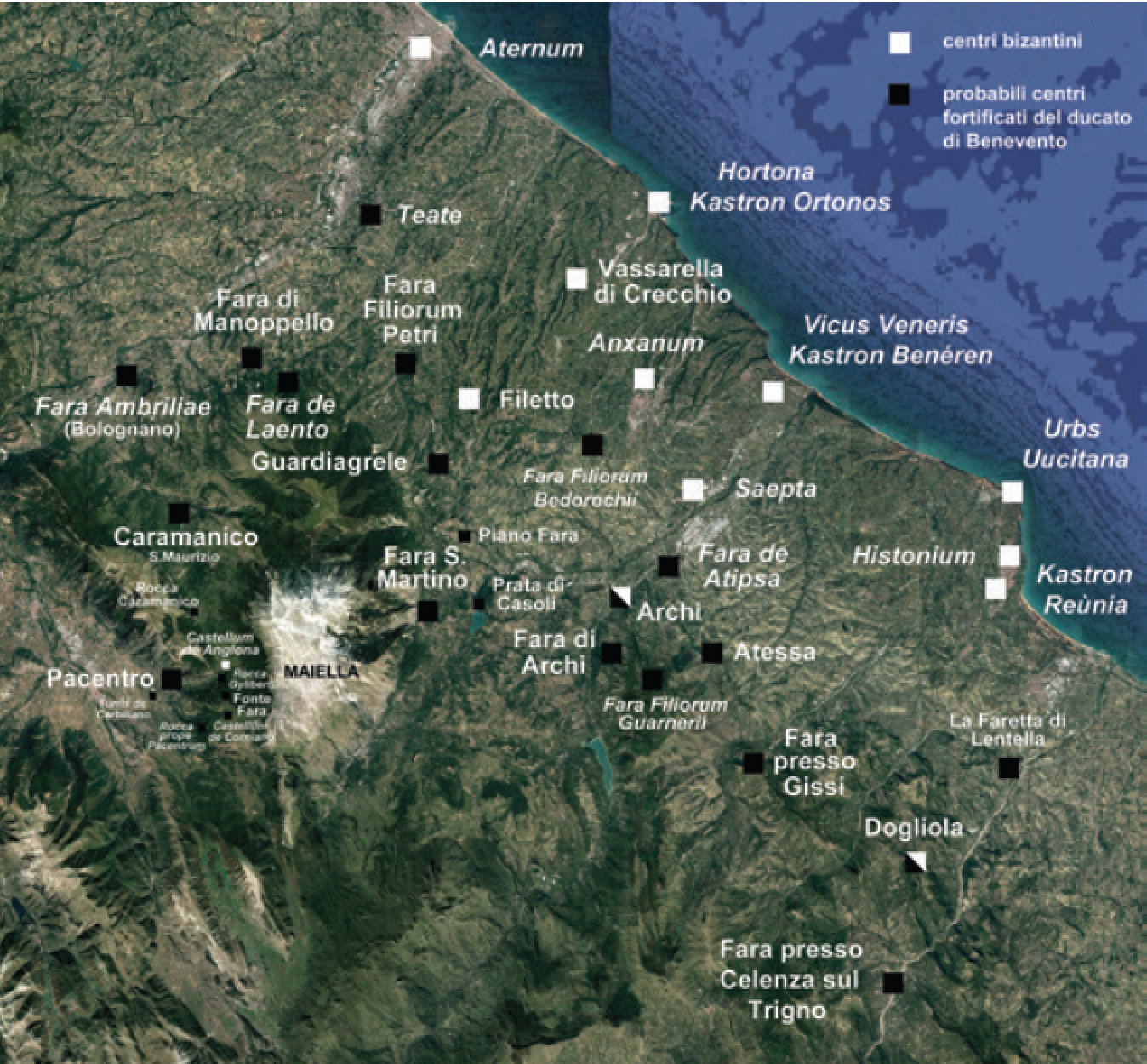 Fara in Abruzzo
Roman cities such as Cividale del Friuli, Verona, Brescia, Milan, Pavia, Spoleto, or Benevento, among many others, were also the seats of Lombard authorities and populations, who generally settled in distinct and separate areas, possibly those linked to properties owned by Lombard authorities. In some cases, these settlements can be archaeologically identified due to particular indicators such as typologies of houses, material culture, or even urban burials. Like the Goths before them, Lombards also built churches and monasteries, initially linked to the Arian form of Christianity, and were buried within them.
The construction of churches was not only a demonstration of faith at a time of ideological tension between Arians and Catholics, but also a way to strengthen prestige and social control at the local level.
© Università degli Studi di Padova