Find out how the conquests of Ghengis Khan and the Mongol Empire helped open Eurasian trade routes and expanded European cartographic knowledge.
© The University of Newcastle, Australia

You can see the expansion of the Mongol Empire from 1206–1294 CE in this animation here. 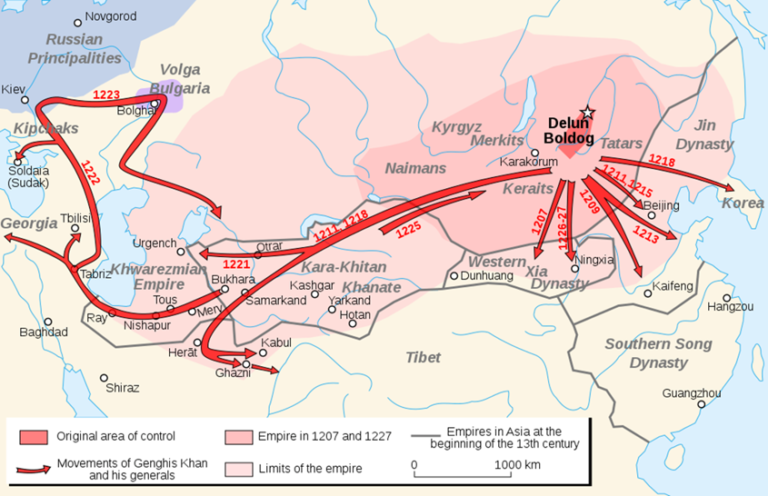 The empire had its origin when Genghis Khan united Several Mongol tribes in 1206 CE. (Genghis became the Great Khan; Khan being a title similar to king or chief).

Under Genghis and his son Ögedei Khan, the Mongols swept across North and Central Asia, as well as into Persia in 1219–1221 CE and then onto the Middle East and Anatolia. They occupied China in a series of campaigns through the thirteenth century, ending in 1279. 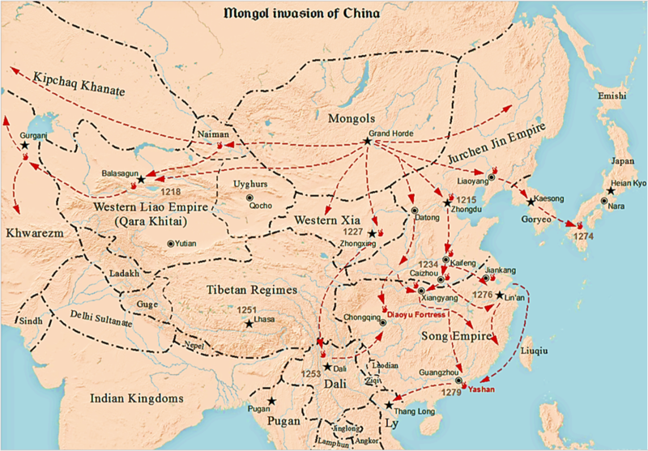 Europe was also not untouched. The Mongols controlled what is now European Russia between 1237 and 1480. They also launched attacks on Poland, Hungary and Bohemia (in the modern day Czech Republic) in 1241. Only the death of the Great Khan, Genghis’ son Ögedei in December 1241, and a preference for richer ‘pickings’ in China, saved Europe from a full invasion. 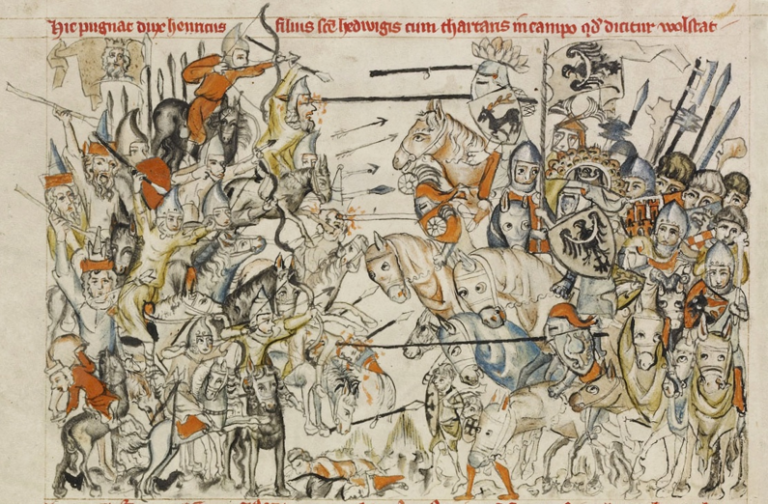 However, as well as taxing these routes, the Mongols made the silk road much safer. Until this period, merchants didn’t make the whole journey from Europe to Asia as there was no guarantee that the states along the road would protect foreign merchants from distant lands. Rather, merchants just travelled small sections of the Silk Road, exchanging goods with merchants at either end of their section of travel. Goods changed hands many times on their way from, say, China to Europe. Now, however, there was a single state controlling the entire silk route for the first time, and it was possible for Europeans to travel the full length—all the way to China. Most famously, the Venetian merchant Marco Polo travelled through Asia for 24 years from 1271–1295, even visiting the court of Genghis’ grandson Kublai Khan in China. He was the first such voyager from Europe to Asia to leave a detailed written account. 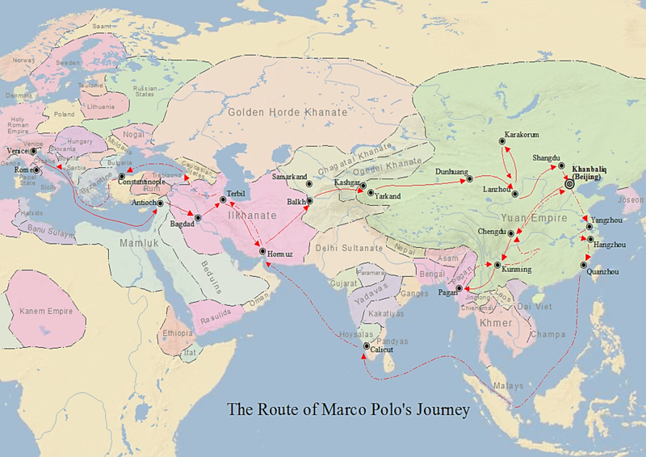 From the death of Kublai Khan in 1295, the Mongol Empire divided into a series of smaller ‘Khanates’ (similar or equivalent to kingdoms, principalities or empires).