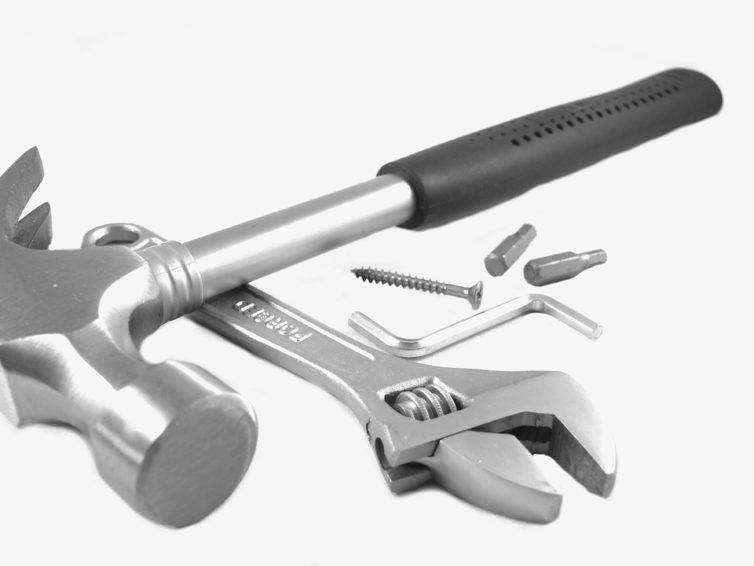 To represent the 3‐dimensional shape on paper, we use hashed and wedged lines. A hashed line points behind the plane of the paper, the wedged line points in front, as shown here for methane (CH4).

The structure gets more complicated for larger molecules. For butanal (CH3CH2CH2CHO), like for methane, we see that three carbon atoms have a tetrahedral shape, but the one in the aldehyde functional group (the purple carbon) is different. It has a trigonal planar, or flat, shape – with the aldehyde carbon in the centre, and oxygen, hydrogen and another carbon pointing to the corners of an equilateral triangle. The bond angles are 120°.

You can further explore the shapes of various organic compounds in the download below, called ‘molecular shapes’.

A hashed line, IIIII, indicates that the bond is extending behind the plane of the drawing surface. A broken line (- – – -) indicates that the bond is not a full bond. Instead, it is only a partial bond as in a hydrogen bond or a partially formed or broken bond in a transition state (although, sometimes hashed lines are also used for hydrogen bonds).

You will have noticed that organic chemistry has its own extensive vocabulary. For many learners this can be challenging, so as a recap of the vocabulary covered thus far, have a go at this quiz. See if you can solve these anagrams, using the clues provided (in brackets), and post your answers below.