Find out more about examples of beta-lactam antibiotics. 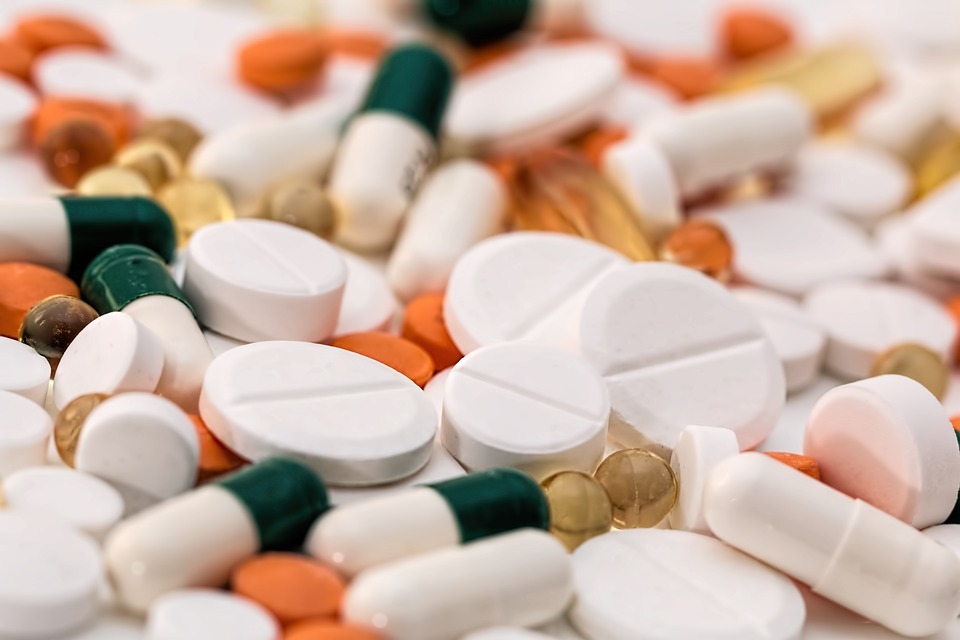 Some antibiotic resistance has arisen because microbes can use β-lactamase enzymes to break down penicillins into inactive products. β-Lactamase enzymes hydrolyse penicillins, converting them into non-antibacterially active substances, so transpeptidase enzymes are largely unaffected and can continue to synthesise bacterial peptidoglycan walls.

In a bacterial colony some bacteria are able to naturally produce β-lactamase enzymes through a random mutation in their genetic code. When the rest of the colony is eliminated, through the action of an antibiotic, a small number of resistant bacteria remain and multiply. So, natural resistance is achieved through the production of β-lactamase enzymes by their mutated genes.

Knowing this, the search was on to find organic compounds capable of targeting and removing β-lactamase enzymes. Such compounds would allow β-lactams to react with, and successfully inhibit, the transpeptidase enzymes used in the synthesis of bacterial cell walls.

Two such examples are clavulanic acid and a family of compounds called carbapenems, which include thienamycin. Like penicillins, they possess a β-lactam ring, but they act as antibacterial agents in slightly different ways.

Clavulanic acid (C8H9NO5) is structurally similar to most penicillins and possesses a β-lactam core as well as an adjacent, five-membered ring – in this case an oxazolidine ring rather than a thiazolidine ring. However, clavulanic acid exhibits negligible antibacterial activity; its true effectiveness comes when it is used in conjunction with other β-lactam antibiotics.

Clavulanic acid acts as a β-lactamase inhibitor. Its complimentary shape to the active site of β-lactamases allows it to bind irreversibly to β-lactamase enzymes. Usually, these enzymes would break down the ring structure of penicillins, but, instead, clavulanic acid is broken down. (Notice the presence of a vinyl ether group in clavulanic acid, which plays a key role in explaining why it binds irreversibly – in essence, after the opening of the β-lactam ring, the enol ether acts as a leaving group giving a reactive intermediate that reacts with a second group within the active site of the enzyme – it is this reaction, shown in detail in the downloads section below, that ensures the medicine becomes permanently bound to the enzyme.) In doing so, clavulanic acid ensures that β-lactamase enzymes do not break down the active antibiotics – the antibiotics can then react with a transpeptidase enzyme to block its active site, stopping crosslinking of peptidoglycan, causing the cell wall to break and the bacterium to die. You can think of clavulanic acid as the secret service guard that protects our ‘penicillident’! For example, in the medicine Augmentin, the penicillin amoxicillin is protected by clavulanic acid (or more accurately, the potassium salt, called potassium clavulanate).

Carbapenems have a broad spectrum of antimicrobial activity and possess innate resistance to β-lactamases. They are effective against gram-positive bacteria, where they diffuse through the peptidoglycan cell wall, as well as gram-negative bacteria where they pass through the proteins that are part of the external phospholipid bi-layer of the cell wall.

Here is the structure of thienamycin (C11H16N2O4S), the first carbapenem, discovered in 1976. This antibiotic was one of the most potent β-lactams produced at the time. It was able to target both gram-positive and gram-negative bacteria, which had developed resistance to other β-lactams. It was shown that the hydroxyethyl group, bonded to the β-lactam ring, helped protect thienamycin from hydrolysis by β-lactamase enzymes – this group ensures that thienamycin does not fit into the active site of β-lactamase enzymes. It was also found that biological activity was affected by chirality – the so-called R isomer (with the OH group pointing towards us) is the most active.

Like penicillins, the mode of action of carbapenems targets the various penicillin-binding proteins (PBPs). Although they often possess greater antimicrobial effectiveness than penicillins, some resistances are beginning to be reported leading to a worrying number of carbapenem-resistant species.

Unfortunately, thienamycin is highly unstable in aqueous solutions and is prone to attack by numerous nucleophiles, including its own primary amine group. Therefore, chemists focused on producing more stable synthetic analogs of thienamycin. Keeping the same basic carbapenem ‘two-ring’ structure, the substituents attached to the ring were altered to produce a variety of carbapenems that are used today, including imipenem. Imipenem (C12H17N3O4S), which contains a less nucleophilic amidine functional group, is a valuable drug for those hospitalised with severe antibiotic-resistant infections.

As well as the active ingredient, we have seen that pharmaceutical products such as tablets, capsules, suppositories and injections, contain ingredients that are typically not pharmaceutically active. These inert substances, called excipients, improve bulkiness, disintegration, dissolution rate and bioavailability of the medicine – as well as adding colour (using dyes), increasing storage time (using preservatives) and improving taste (by adding flavouring agents).

For example, in Augmentin, magnesium stearate (Mg(C18H35O2)2, a solid white powder at room temperature) is used as a diluent (or filler) – as the amount of amoxicillin and potassium clavulanate in each capsule is relatively small, a diluent is added to make the tablet a reasonable size, that is easily handled (e.g. a tablet containing 250 mg of amoxicillin and 125 mg of potassium clavulanate can weigh 480 mg).

Take a look at the ingredients list of any of your medicines and look out for the excipients. For example, my packet of allergy tablets includes lactose (C12H22O11), a sugar found in animal milks, as a diluent (lactose is commonly used because it is inexpensive, readily available and has a mildly sweet taste). We would love to hear what you find, so please post your research below!