An introduction into the organic compounds that influence the taste of the final brew. 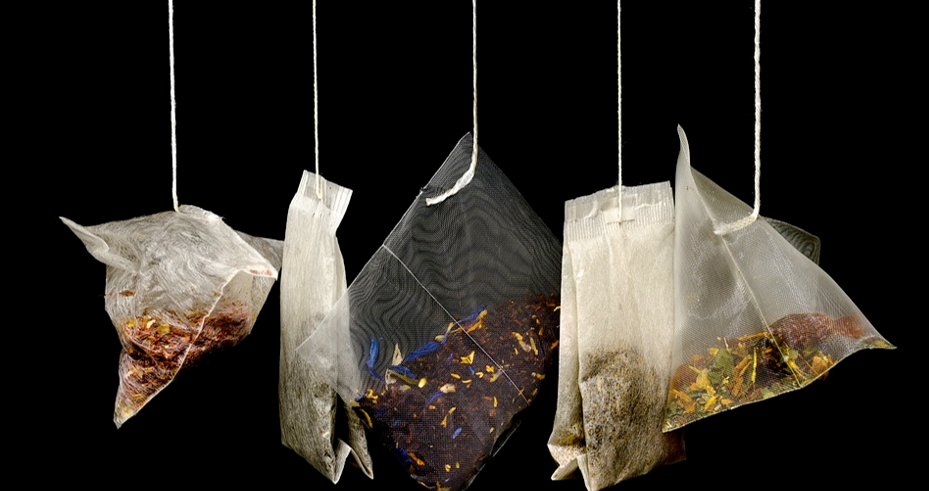 Tea chemistry is complicated. Harvested from the bushy Camellia sinensis plant, tea leaves are mostly comprised of water. When plucked, the leaves begin to lose water and wilt, which is called withering. As they wither, their cell walls begin to break down and carbohydrates, proteins and fats break down into simpler sugars, proteins and lipids. This is intensified by rolling, crushing or twisting the leaves, and the thousands of compounds which were once inside the leaves come into contact with oxygen and each another and react in oxidation reactions.

For making black tea, hot air is blown over the leaves in a process called firing, to degrade the enzymes so the leaf does not mould or break down. During this process, green pigments in the tea leaf are oxidised to form other pigments, which give the characteristic brown-black colour.

In contrast, green tea (which is made from the same plant leaves) involves the rapid steaming or pan firing of the freshly harvested leaves to inactivate the enzymes. Typically, black tea and green tea contain around the same amount of caffeine… but caffeine does not have much effect on the taste of the tea.

Tea producers control the natural tendency of tea leaves to wilt and oxidise in order to produce a finished tea that has a desirable appearance, aroma, flavour, and taste, ready for packaging. Manufactured teas are sized, graded and evaluated for flavour and infusion colour by professional tea tasters. For hundreds of years, tea makers have produced drinkable teas using the principles of withering and oxidation with no knowledge of the underlying chemistry.

Brewing is the act of making tea, while steeping is the process involved in this. Brewing the perfect cup of tea requires carefully steeping of loose tea leaves or tea bags (round, square or pyramid) in fresh water heated correctly. Various types of teas steep within different times, and understanding this may explain the difference between drinking a bland cup of tea and enjoying a great cup of tea. Dr Stuart Farrimond, an expert tea maker, argues that the best brew time is 5 minutes and that we should drink it out of a red or pink mug (apparently, it makes the tea taste sweeter!). The age of the tea leaf or poor storage conditions can have a significant effect and make the tea tasteless and faded in colour.

When we steep tealeaves, our senses are awakened by thousands of low-boiling organic compounds, collectively called the ‘aroma complex’. These come from the tea liquor and the thousands of non-volatile compounds, not all of which are water-soluble. The solubility of the compounds is related to the properties of the water used for soaking the leaves, such as temperature and pH. Consequently, it is difficult to generalise and say that a specific organic compound is responsible for a particular taste.

Around 98% of British people drink their tea with milk. When tea lovers add milk, the chemistry of tea can change. There are conflicting opinions as to the effect adding milk to tea has on the organic compounds contained therein, especially compounds called polyphenols (these contain aromatic rings with multiple OH substituents), which have been shown to have antioxidant properties – taking antioxidants can have health benefits. Studies have indicated that proteins in milk can bind to polyphenols in black tea and inhibit their antioxidant properties. Other research suggests that this does not actually affect the concentration of antioxidants in the blood after ingestion, because the binding can be broken down during digestion. So, the jury is out. What we do know is the polyphenols present in tea leaves are important for the colour and astringency of a cup of tea.

A much-debated question is whether to add milk first or last – historically, the order of steps was taken as an indication of class. The ‘milk-first’ approach gradually brings the contents of the cup up from fridge-cool. In contrast, the ‘milk-last’ approach rapidly heats the first drop of milk almost to the temperature of the teapot, breaking down the proteins in milk to a greater degree and so developing a more ‘boiled milk’ flavour. Some people say the boiled milk taste is less pleasant, but taste is subjective and others will argue otherwise.

For example, the OH groups of polyphenols (abbreviated Ar–OH) can be deprotonated (to form Ar–O–) or protonated (to form Ar–+OH2); each species absorbs light of different wavelength, and the concentration of each species depends on the pH of the tea. The addition of citric acid lowers the pH of the tea, which increases the concentration of the protonated species, hence the change in colour. [A dramatic colour change, due to a change in pH, is seen using butterfly pea flower tea, which, due to anthocyanins (these pigments are found in many flowers and fruits), is coloured blue – on protonation of the anthocyanins the colour changes to red.]

Various compounds found in tea have been organised into broad groups, and collectively we have some idea of what happens to these groups during processing and what flavours and aromas they are responsible for, as we will see next.

Why do tea plants make polyphenols?

Polyphenols are described as secondary metabolites of plants, which means they are not directly involved in the normal growth, development, or reproduction of an organism. They are generally involved in defence against ultraviolet radiation or pathogens, parasites and plant predators.
Interestingly, plants make a greater array of secondary metabolites than animals because they do not have the same physical mobility to escape from predators, so they have developed a chemical defence against such predators (e.g. phenolic compounds can be unpalatable).

Too much of a good thing!

In 2013, a US women lost all of her teeth, attributed to excessive tea drinking – she drank a pitcher of iced tea (around 6.5 pints) every day for 17 years! The loss of teeth was linked to skeletal fluorosis, a bone disease caused by consuming high levels of fluoride (F–). Fluoride is needed for healthy bones and teeth and it is added in very low levels to drinking water (in the UK, water contains 1 ppm per litre, or 1 ppm of fluoride). Tea drinkers get an extra dose of fluoride as this in present, in variable amounts (from 103 to 839 milligrams (mg) per kilogram (kg)), in tea leaves. Research shows economy teas may use the older leaves on the tea plant, which may contain higher levels of fluoride – it concludes that people drinking 1 litre of cheap tea a day may be consuming more fluoride than the daily recommended amount. (By the way, the LD50 of sodium fluoride on oral administration in rats is 52 mg/kg.)

Some interesting research has been conducted on how the serving temperature affects our enjoyment of food and drink. Steaming hot dishes may smell delicious, but research has shown that the perception of taste decreases when the temperature goes above 35 °C. It may be that the burning session, when consuming really hot food, masks the taste sensation to warn us of the danger of hurting ourselves. Consequently, the temperature of what you drink will also affect the food you are eating. Typically, North American people like ice-cold water at mealtimes, whereas Europeans are happy with not-far-below room temperature, and Asian people often drink hot water or tea while eating. So, where do you stand on tea temperature – should it be scalding hot, cool enough to glug, or somewhere in-between?

Also, in 2017, an Australian scientist sparked controversy with his claim that the best way to make tea is by using a microwave. Where do you stand on using a kettle or a microwave? If you are not sure, why not try a blind tasting test and let us know what you find.

By the way, coming from York, we must extoll the virtues of Yorkshire Tea. A strong black tea, one of the top selling brands in the U.K., produced by The Bettys and Taylors Group, based in Harrogate, Yorkshire. The same company owns Bettys Café Tea Rooms, which are traditional tea rooms serving traditional meals – afternoon tea in one of the York branches is a lovely treat!