What makes a great coffee?

This article seeks to understand the role of organic compounds in the taste of the final brew, and the overall coffee experience. 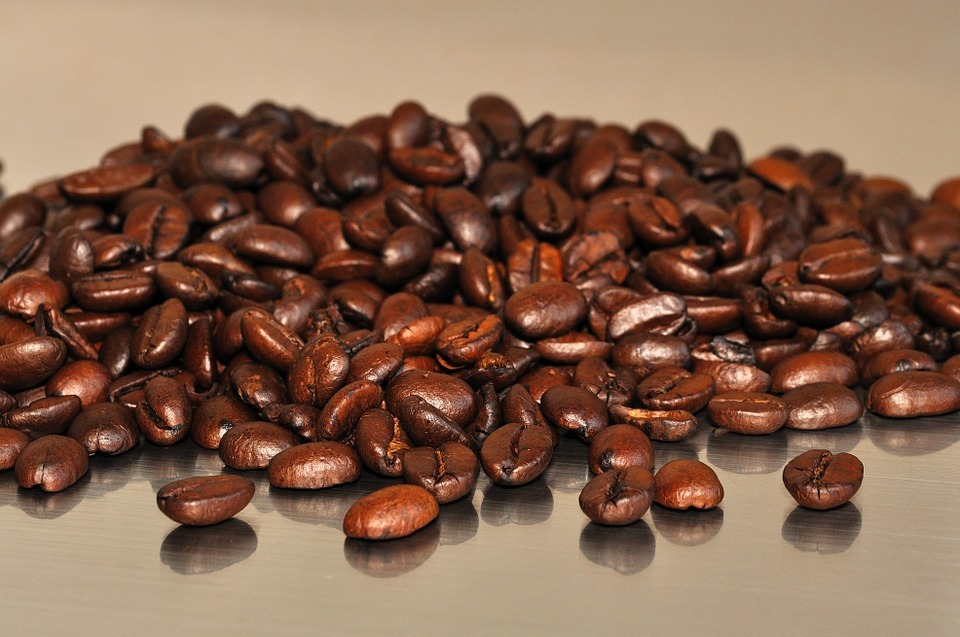 Where is the coffee plant grown?

Grown 600-1800 m above sea level, coffee is a tropical plant, which was originally indigenous to Ethiopia. The coffee plant has now spread to India, Indonesia, Brazil, Colombia and Central America.

A coffee plant yields red fruits called ‘cherries’, each of which holds two coffee beans that are green in colour. These green coffee beans are distributed to consuming countries, where beans from all over the world are mixed together. The green beans are then roasted, resulting in the colour and flavour found in an iconic cup of coffee.

What are the types of coffee beans?

There are two primary types of coffee beans, arabica and robusta. Arabica is considered to have a nicer flavour and robusta is generally described as being harsh and rubbery.

The structures of furfurylmethyl sulfide and furfurylmethyl disulfide both contain a furan ring, made up of four carbon atoms and an oxygen atom (in pink). However, the sulfide only contains one sulfur atom, while the disulfide contains two – hence the use of ‘di’ in the name disulfide.

It is important to get good quality coffee if you want to end up with a fine tasting brew. Grinding has an important role in developing the final flavour of your cup of coffee.

Coffee particle sizes that are too large will result in weak coffee due to poor extraction of the organic compounds from the coffee particles, whereas grinding your beans too fine will lead to very fast extraction of all the flavour compounds, including the bitter ones.

When making a cup of coffee, the water temperature plays a direct part in the overall bitterness of the final brew; using water that is too hot (greater than 96 °C) risks burning the coffee, resulting in astringent (drying) compounds being present in high quantities.

But using water that is lower than 94 °C results in the flavour compounds being poorly extracted from the coffee particles.

Using much lower brewing temperatures, combined with a very long extraction time, can lead to a pleasant cup of coffee with low bitter compound concentrations, such as 2-furylmethanol (or furfuryl alcohol, C5H6O2), which is shown below.

The compounds in coffee

When brewing coffee, the first compounds to be extracted are the acidic, fruity-flavoured compounds, such as methyl propanoate (or propionate, C4H8O2), which has a fruity, rum-like odour.

Following this, the earthy, caramel-type compounds are extracted such as abhexone (C7H10O3), and then the bitter-tasting compounds including tannins such as chlorogenic acid (C16H18O9).

Therefore, it follows that the length of the brew is important so as to let the full flavour of the coffee develop, whilst not over-brewing and developing a brew that is overpowered with bitter flavours.

Milk in your coffee

Studies into the role of milk in coffee have shown that it can have positive and negative effects on the health benefits of this drink.

The consumption of caffeinated drinks can result in an increased risk of osteoporosis (a disease where the bone strength of an individual is decreased leading to the increasing likelihood of a broken bone), however, studies indicate that a daily intake of two cups of coffee, with milk, can counterbalance the diminishing bone mineral density.

On the other hand, while milk is a good source of nutrients itself, it can result in decreased absorption of polyphenols and antioxidants in coffee.

The sweetness of milk

The sweetness of milk is due to the presence of lactose (a sugar, C12H22O11). Lactose is a disaccharide, which means that it is made up of two monosaccharides joined together (glucose, C6H12O6 and galactose, C6H12O6).

The structure of lactose can be represented in two different ways. One shows the two sugars in so-called ‘chair’ conformations (as the shapes resemble a garden chair), which is the lowest energy conformation (or shape) that a sugar can have as there is the least amount of strain on the rings.

When you drink cold milk, it doesn’t taste very sweet. This is because lactose is quite insoluble.

However, when you heat up milk, the solubility of lactose is increased and the lactose molecules break down into one molecule of glucose and one molecule of galactose, in a hydrolysis reaction. Consequently, the presence of the two monosaccharides makes the hot milk sweeter.

When milk is foamed to add to coffee (the foamed milk on a cappuccino for example), the final temperature guideline for heating the foam is between 58 and 60 °C. This is because above this temperature the proteins in the milk start to become denatured and you end up with a lower quality foam to add to your coffee.

Overall, it is important to get the perfect balance when making the perfect cup of coffee, though sometimes the caffeine hit is more important than the quality of the brew.

Interestingly, Professor Charles Spence (Oxford University) says all the senses – taste, touch, sight, smell, and sound – combine to contribute to our enjoyment when we eat and drink.

Based on his research, coffee chain Starbucks enlisted composers to create music, to accompany drinking coffee. His work in this area has been recognized with awards including an Ig Nobel Prize, together with co-author Massimiliano Zampini.

Another study from Professor Spence found that, more often than not, we can tell whether a liquid is hot or cold just from hearing it being poured into a cup.