Injuries are a common sight in sports, particularly those with contact rules. The fast pace of the game and competitive nature of the athletes can lead to rash challenges, pulled muscles and other injuries from over-exuberant celebrations. Regardless, protection against the balls, sticks and opposing players of nearly all sports has seen substantial development from early wooden and cotton plates to today’s advanced foams and impact polymers. 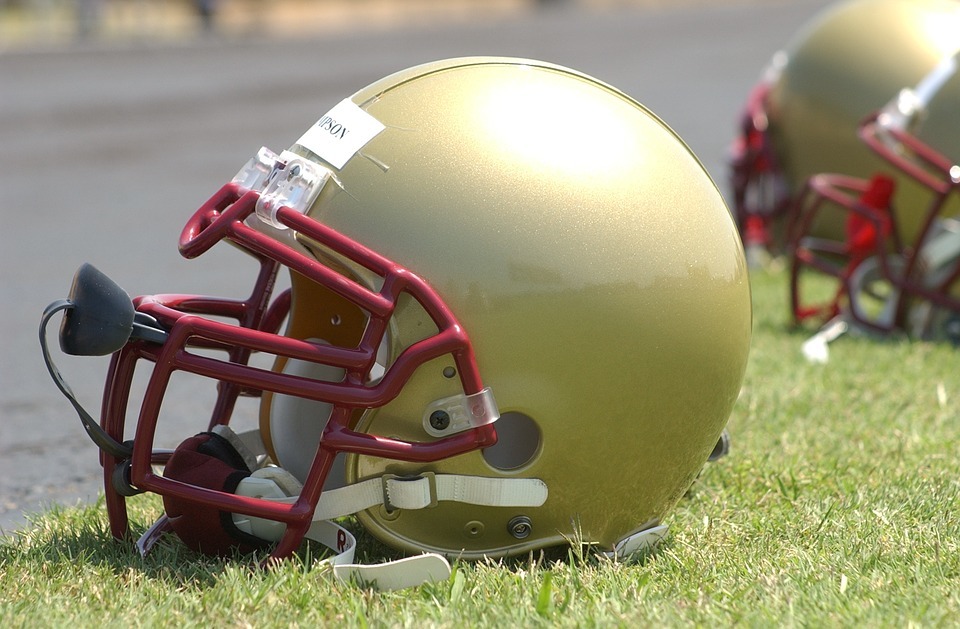 Injuries are a common sight in sports, particularly those with contact rules. The fast pace of the game and competitive nature of the athletes can lead to rash challenges, pulled muscles and other injuries from over-exuberant celebrations.

Though professional football (soccer) players would have you believe that they are the most injury-prone of all athletes, they are, in fact, in little danger relative to those who play other sports. In 2009, Stanford Children’s Health attributed just 88,000 injuries in children under 14 in the US to football, compared to 200,000 attributed to cycling and 215,000 attributed to American football. Regardless, protection against the balls, sticks and opposing players of nearly all sports has seen substantial development from early wooden and cotton plates to today’s advanced foams and impact polymers.

Amongst the most vital areas to protect are the neck, face and mouth. Though keeping a set of pearly whites will be most people’s primary concern, the gum and mouth guards of today also help reduce the risk of concussions and tongue injuries resulting from impacts to the jaw. The most common mouth guards available are “boil and bite” types. These are heated in order to be shaped to fit a user’s teeth and then form a more resistant solid on cooling. Their main component is poly(ethylene-vinyl acetate) or PEVA, made from the polymerisation of ethene with vinyl acetate.

PEVA is used as a shock-absorber in other areas such as in the soles of shoes or hockey pads. Other mouth guards are available to professional athletes which involve using alginic acid, a gum-like polymer, to make a tooth mould and then fashioning a comfortable gum shield which perfectly fits the wearer. The additional cost associated with acquiring a custom mould means it is sometimes prohibitive to amateur athletes; though they provide greater protection than “boil and bite” products.

There are an estimated 3.8 million sports-related concussions each year in the United States and the hard contact hits in American football leagues contribute heavily towards this figure. Movements of the brain, even by millimetres, can strain the nerve cells and connections within the white-matter of the brain. This can irreversibly damage nerve endings and lead to loss of memories or reduced motor control. Currently the helmets used in American football are tested to withstand a linear impact and reduce the risk of skull fracture. A combination of inner foam padding, typically made of polyurethane, and hard plastic (typically a polycarbonate) or composite outer layers means that they can reduce the force from a direct impact very well. For example, on impact, the polycarbonate will flex to absorb some of the force and so less force is exerted on the head.

However, few impacts are purely direct, linear forces. The majority arise from rotational hits which not only impact the skull but also twist it, putting considerable strain on the brain. In order to try and counter these additional forces testing is underway on MIPS, or a multi-directional impact system. A plastic layer is inserted below the traditional helmet padding, allowing the helmet to float above the plastic layer and absorb some of the rotation from the force of a non-linear impact. The new impact reduction system can reduce rotational forces acting on the head by between 15 and 55%. These reductions may be the difference between walking away from a tackle or being left with a debilitating injury. The technology is now used in over 120 brands, including skiing, snowboarding and cycling protective equipment.

Now let’s move on to shoulder pads – they are made of a soft polyethene foam and a hard polyethene shell. The hard shell is high-density poly(ethene) (or HDPE) – the polymer chain has no branching, which makes it dense and, as the chains are arranged close together, intermolecular forces (called London dispersion forces, which are short-lived electrostatic attractions) can form between the chains, making the material strong. If you stretch a plastic grocery bag (made of polyethene), you will see that the length increases and the width decreases. This breaks apart the intermolecular forces and straightens out the polymer chains. The covalent bonds in the polymer remain intact until the plastic rips. (Talking of plastic bags, you might like to try this water in a bag party ‘trick’.)

On the other hand, the foam is softer as there is branching in the polymer chains – the branching gives more flexibility to the material and it is called medium-density polyethene. Low-density polyethene (or LDPE) has the greatest amount of branching, giving the greatest flexibility, and it is the weakest polymer. It has a low density which helps to ensure that the pads are lightweight so players can move freely.

For more adventurous sports such as rock climbing, sailing and white water rafting, hand protection is essential in order to keep skin from being cut, blistered or burnt. However, gloves must still retain the flexibility and motor control to make deft adjustments whilst further providing grip in wet or icy conditions. For this reason, many protective gloves are manufactured with a combination of neoprene (made by polymerising chloroprene) for chemical resistance and lightweight breathability and flexibility; as well as silicones for water and heat resistances.

Polydimethylsiloxane (PDMS) is commonly formed by hydrolysis of dimethyldichlorosilane (C2H6Cl2Si) – this involves a series of nucleophilic substitution reactions. Stronger Si–O bonds are formed in place of the weaker Si–Cl bonds. The methyl groups on the silicon atoms of silicone can be varied, by using different chlorosilanes, to give a wide variety of structures, as well as to provide cross-linking in order to form more rigid, overlapping silicone polymer chains.

These materials have all had a tangible impact on reducing the number of impacts and injuries sportspeople receive. It is often said that safe fun is the best fun and with modern polymers paving the way in advancing sport science, this old motto is becoming more and more relevant.