The History of V2G 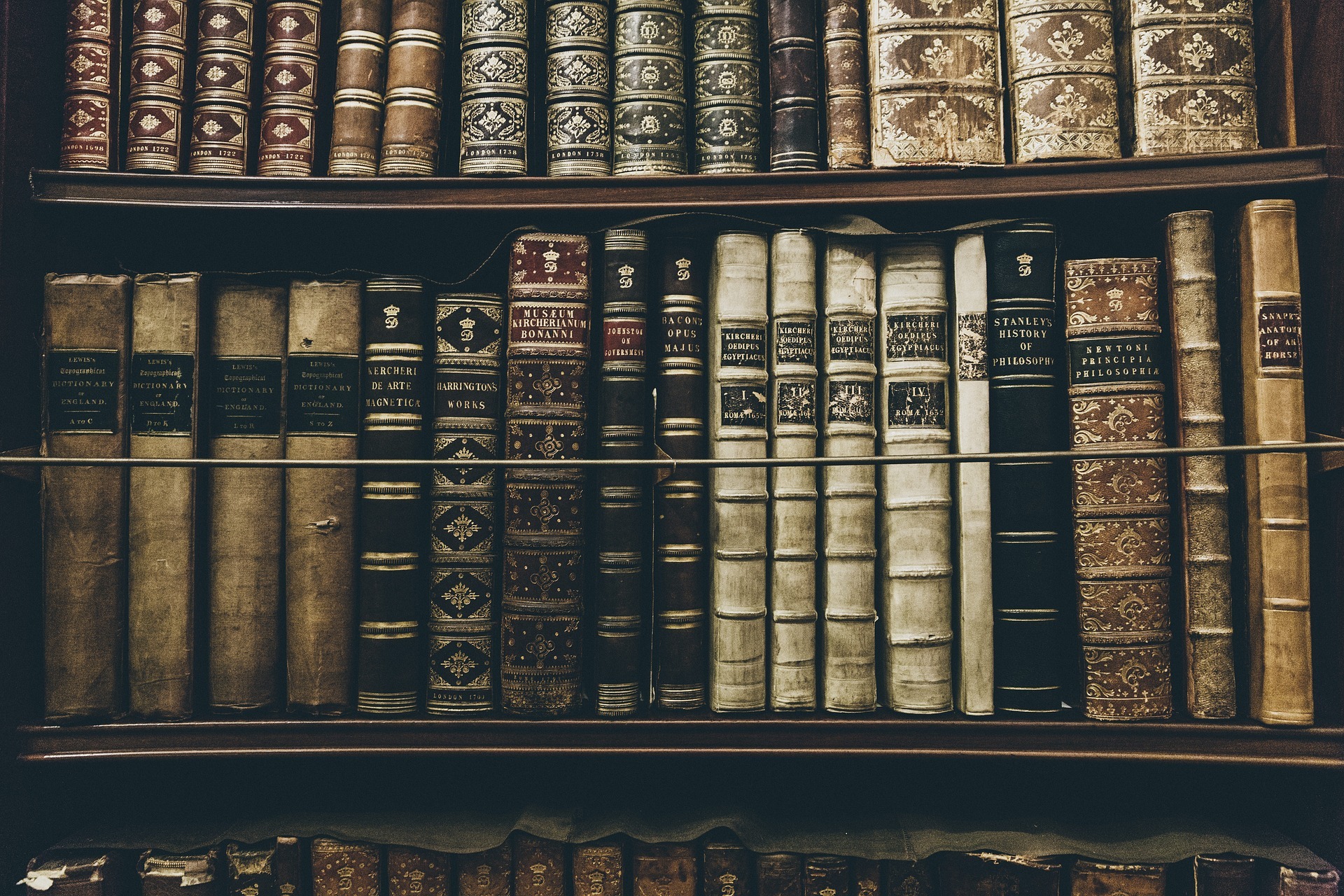 Some innovations happen spontaneously, while others occur in response to a need or problem. V2G was a combination of the two, starting as an interesting concept without a clear problem, and developing into a powerful tool in response to a crisis that shook a nation.

V2G was first explored as a concept in academia. Willett Kempton and Steven Letendre carried out the first research into this topic in 1997 at the University of Delaware under the title “Electric Vehicles as a New Source of Power for Electric Utilities”. At this point, the term V2G was not yet in use, and electric vehicles were not commonplace.

Their work focused primarily on tackling the idea of offsetting peak energy demand. Kempton and Letendre went on to produce a number of follow-on studies over the following decade, each one developing the concept by exploring different applications and revenue streams. Yet, at this stage the research remained entirely theoretical due to the lack of availability of electric vehicles.

The University of Delaware took a further step into V2G by joining with partners from electric, automotive and communications industries in the “Mid-Atlantic Grid-Interactive Car Consortium” (MAGICC) to develop a V2G capable EV in the form of the AC Propulsion eBOX – a converted Toyota Scion xB. The first commercial sale of the vehicle was to actor Tom Hanks, but due to the conversion process, production was only ever low-volume.

The next big milestone for V2G occurred in 2010 with the release of the Nissan LEAF which heralded the start of wide-spread, commercially available electric vehicles. This allowed research around V2G to move from theoretical to practical. However, this was not the moment that kick-started the V2G revolution – that came the following year.

The Tōhoku earthquake, tsunami and corresponding Fukushima nuclear disaster was a crisis of international scale. It was the most powerful earthquake ever recorded in Japan, and the fourth most powerful earthquake in the world since modern record-keeping began in 1900. Around 4.4 million homes in northern Japan were left without power, with rolling blackouts continuing for a number of months.

This catastrophic event kick-started an interest in V2G as a way of providing back-up power for homes and critical services; and led to the development of a range of prototype and early commercial systems, including the Nissan/Nichicon “LEAF-to-Home” power supply system which was released a year later on 30th May 2012.

Cenex has been an active innovator in the research and development of V2G technologies and business models since 2016, collaborating with leading organisations in the industry to deliver some truly amazing milestones, such as building and installing the first domestic V2G unit in Europe, installing the first industrial V2G unit in the UK, and delivering the largest domestic V2G demonstrator in the world.

Over this time, we have delivered 11+ public V2G projects, including feasibility studies, proof-of-concepts and real-world demonstrators; as well as providing independent advice and support to numerous organisations around the world. 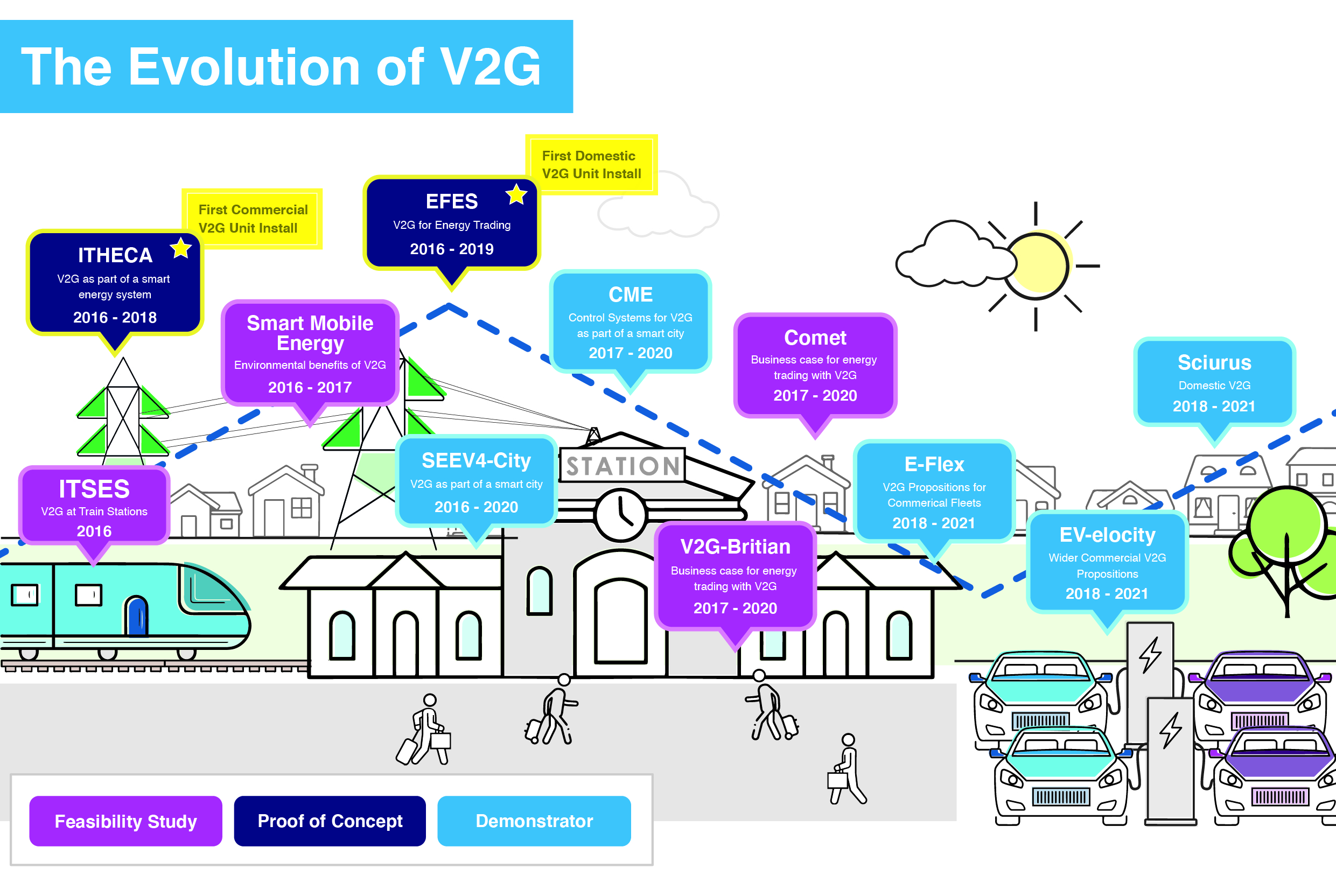 The History of V2G Projects at Cenex

As a result, Cenex has developed an understanding of the value propositions and use cases where V2G can really add value – many of which we will go on to explore later in this course.

In total, during the period of 2016-2020, there have been more than 55 projects investigating V2G and its applications, spanning 22 countries across the world – meaning that there is now a wealth of knowledge and experience available on this topic.

While Fukushima pushed early development of V2G in the direction of emergency power, a key interest since the initial studies by the University of Delaware has been in its potential to provide wider grid services.

V2G could feasibly allow large pools of EVs, such as fleet vehicles, to provide a wide range of energy services. These could be anything from peak shaving to frequency response. Providing these services earns money for the bill payer, thereby improving the total cost of ownership proposition for EVs. More to come on these services later this week!

However, as with any innovation, not every study will be successful. V2G has been affected by significant regional variations and fluctuations in energy markets. This led to over-estimates of the potential value which can be achieved by trading energy. There have also been technical challenges as units developed, including public safety regulation compliance relating to electro-magnetic compatibility, and the lack of V2G compatible EVs in the market.

But despite these setbacks, the V2G industry continues to gather momentum with more and more EV manufacturers announcing the technology as part of their roadmap for future vehicles.

When did you first hear about V2G? Are you surprised by how long the concept of V2G has been around? Share your thoughts with other learners in the comments below.