V2G true to the acronym - as Vehicle-to-grid: the use case where energy is discharged from the vehicle and enters the wider electricity network. 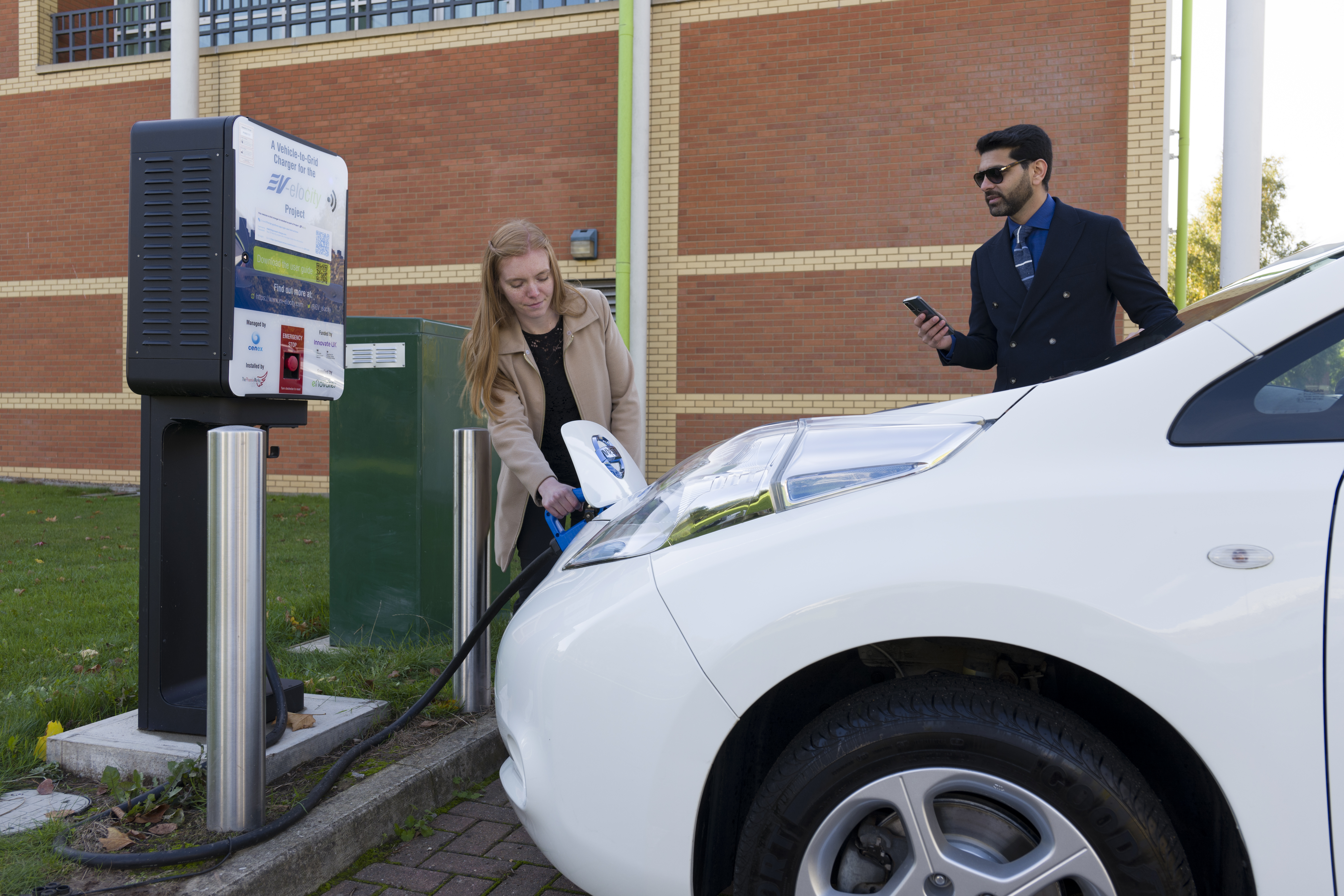 So far in the course we’ve been using the term V2G in its broadest sense, to refer to any form of bidirectional EV charging. However, for this step we will be using it more specifically.

Here we are defining V2G true to the acronym – as Vehicle-to-grid: the use case in which energy is discharged from the vehicle and enters the wider electricity network. This can happen in two possible configurations: 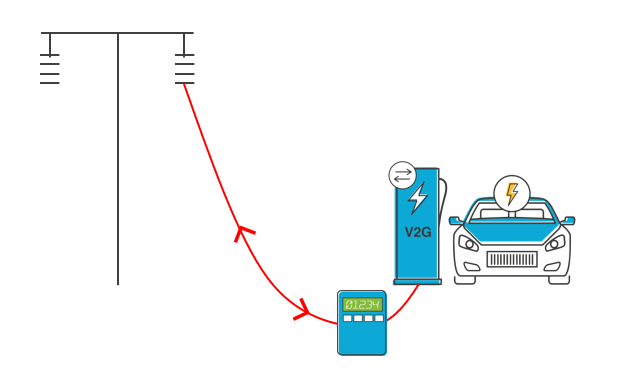 The V2G Use Case – Configuration 1

The V2G Use Case – Configuration 2

Of course, in both configurations the EV charges up from the electricity network in the conventional manner. Additionally there could be on-site renewable energy generation (such as solar photovoltaic) which can assist in charging the EV.

Why is it useful?

In this use case, as well as energy being bought from the grid to charge the EV, energy can be sold back to the grid. The price of electricity significantly varies from hour to hour and day to day. So, it is possible to buy electricity for charging when electricity is cheap (for example overnight) and then sell it back when it is expensive (for example early evening), making a profit. This process of buying energy at cheap periods and then selling it at expensive periods is known as Energy Arbitrage.

Additionally, in this use case V2G can provide grid services to either the ESO or the DSO. Grid Services are bought by the ESO or DSO to provide the flexibility required to manage the running of their networks. This could include the reduction of demand at peak times or in response to a failure (such as a line being damaged by a falling tree) on part of the network.

Frequency Response is another example of a very fast acting grid service that the ESO uses to balance supply and demand. Sometimes providing these grid services can be more valuable than simply selling the energy itself.

We will learn more about how EVs can be used to generate revenue using V2G in week two of this course.

How is it controlled?

In this use case the V2G system is exporting energy into the wider electricity network. The control of when this energy should be exported relies on understanding the energy prices on the electricity network and the ESO or DSO flexibility services. The calculations that determine this control can be complex and can depend on regularly updated data. Consequently, the control of when to discharge the EV is typically handled remotely by an Aggregator, with instructions being dispatched to the V2G charger via an internet connection.

A real-world project where this has been done is Project Sciurus. This demonstration project installed over 320 V2G chargepoints across homes in the UK. The V2G units used, had an export power that was higher than the typical demand in the home, thus excess energy was exported on to the grid in line with configuration 2 of the V2G use case. They were controlled by a central control platform and exported energy on to the wider electricity network at peak times to take advantage of higher electricity prices in the wholesale power market. We will look at this project in more depth later in the course.

What do you think?
Does this use case appeal to you? And do you have any concerns with it?