In this article we will explore a few case studies on non-domestic V2G to show how this works.

As we learned in the previous step, V2G has mostly been deployed through research projects and trials. Some innovative businesses have taken V2G the next step into commercial operation. Non-domestic vehicles, such as fleet vehicles, pool cars and other commercial vehicle uses, are well suited to providing V2G services due to their known operational patterns, combined with a consistent base location. In this step we will explore a few case studies to show how this works.

Nuvve Corp. have had a good mention throughout this course as one of the earliest V2G aggregator businesses, so it should be no surprise that they are included in this case study.

The first trial location for this project was Frederiksberg Forsyning, a municipal water and gas utility company for the city of Frederiksberg. Their fleet mostly consists of vans and is driven primarily during the day and parked during nights and at weekends. This gives the opportunity for about 17 hours of energy trading per day. Energy markets fluctuated over the two-year period from 2017 to 2018 but allowed each vehicle to contribute approximately US$2,000 in market revenue on average. The revenue is used by Nuvve to provide its customers with a lower total cost of electric vehicle ownership through benefits such as reduced charger costs, low or free energy costs to drive, fleet management tools, and yearly maintenance.

The project finished in January 2019, but Nuvve has continued to provide commercial V2G services to the Frederiksberg Forsyning fleet ever since. 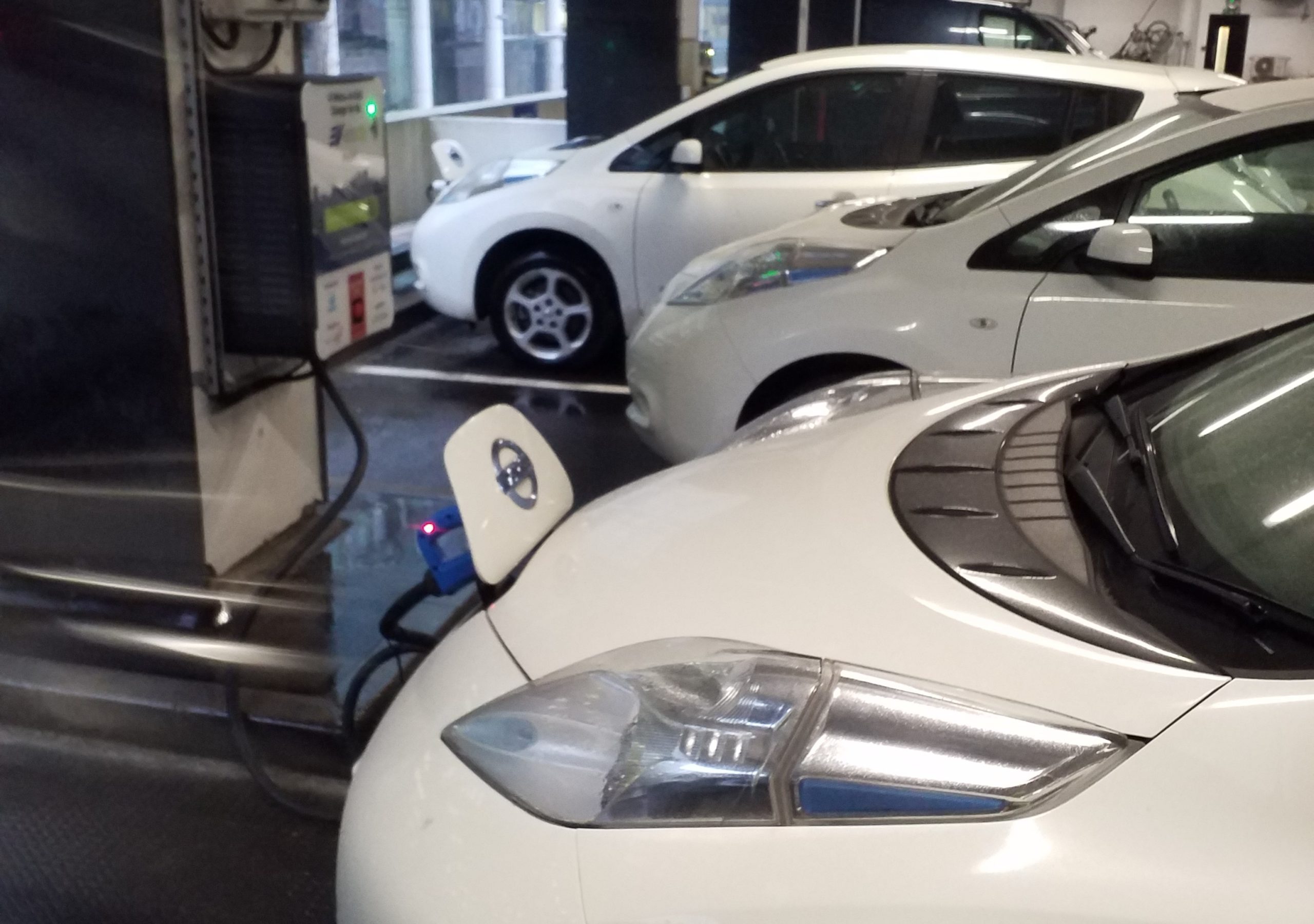 In the UK, Cenex has been involved in a V2G project called EV-elocity which was part of the V2G project portfolio funded by the Office for Zero Emission Vehicles (OZEV) and Department for Business, Energy and Industrial Strategy (BEIS) through Innovate UK. The project installed V2G units at a wide range of non-domestic trial sites and operates them under different conditions to understand how flexibility from V2G varies for different types of fleets and locations.

One of the sites used in this trial was West Midlands Police. Two vehicle-to-grid chargers were installed at the mezzanine car park of the West Midlands Police Head Quarters. These units are used to charge (and discharge) two Nissan LEAFs that are part of the non-emergency response fleet based at the site in central Birmingham.

These vehicles are used as pool cars by staff to attend non-urgent appointments and enquiries in the city and the surrounding area. As a result, vehicles are mostly stationary, especially at weekends. Trips vary in distance and duration, but typically are short day trips (<50km).

It is estimated that the trial could save West Midlands Police around £350 a year from energy tariff optimisation and around 180 kg CO2 emissions from carbon optimisation, from each V2G unit. The project is still ongoing and will come to an end in 2022, but it is hoped that triallists will follow the example of Frederiksberg Forsyning and sign up to continue to provide V2G services after the completion of the project.

Think about the place where you work or study and the fleet vehicles they have. Do you think they would be suitable for providing V2G services? Consider the hours of operation and daily range. Share your thoughts in the discussion below.