In this article, it completes the value propositions highlighting the fifth and final one which is most technical in nature compared to the rest. 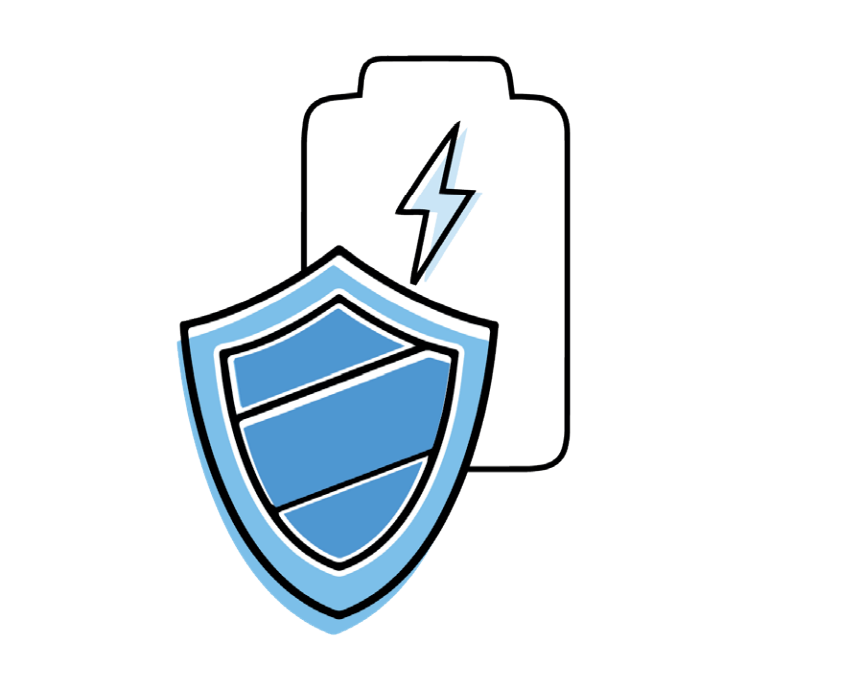 The final value proposition is more technical in nature and relates to using V2G to support the preservation of the EV’s lithium-ion battery (LIB). Early research using simulations suggests that by using optimised V2G systems to control the battery’s state of charge when plugged-in, owners may extend the life of the battery.

Although the cost of LIBs has reduced significantly over the past eight years (as show in the graph below attests) they still account for a significant portion of an EV’s ticket price.

Over the same time the battery size and therefore range of EVs has also been increasing.

In 2020, the UK’s best-selling EV was the Tesla Model 3 the standard range model of which has a capacity of 53 kWh (almost twice that of the 2015 LEAF). The battery cost would have been expected to be around $7,300, or £5,700 at the time. Despite the cost reduction, the battery remains the most expensive single component of an EV to replace.

A battery’s State of Health (SoH) can be considered as the percentage remaining of its original capacity. If an EV battery’s SoH drops below a certain specified level (often 70-80%), its drop in range and performance is expected to spell the end of its useful life as an EV battery.

From a circular economy perspective, it is environmentally preferable if it then moves on to a second life use as stationary battery storage or potentially in another transport application such as the maritime industry where energy density is less important. This second life can double or more the useable life of the battery before it is finally recycled.

From a circular economy perspective, it is environmentally preferable if it then moves on to a second life use as stationary battery storage or potentially in another transport application such as the maritime industry where energy density is less important. This second life can double or more the useable life of the battery before it is finally recycled.

Vehicle OEMs offer battery warranties on new vehicle purchases to protect customers from fears of capacity fade. For example, Nissan offers guarantees on their LEAF model’s LIB to customers who lease for the duration of the contract and to outright owners for 8-years or 100,000 miles. However, beyond this, if the battery management system (BMS) and user behaviour has preserved the battery’s SoH, the EV’s depreciation will be lesser and consequently the vehicle will have a higher resale value on the second-hand market.

For consumers who own their vehicle, it may also give them assurance that they can retain their asset for longer. On a wide enough scale, this could have the knock-on effect of reducing demand for new vehicles and the associated environmental impact from raw material extraction and manufacturing.

Why does a battery degrade?

Battery degradation is a complex science with many factors that impact rates of power and capacity fade and the extent of each will depend upon the specific battery chemistry. Characterising ageing behaviour can be challenging as relationships are often non-linear.

For more information on these degradation mechanisms and how they relate specifically to real-world EV batteries, please refer to the further reading PDF.

What impact could V2G have on these ageing effects?

Research undertaken to optimise battery longevity through V2G used a simulated ‘smart grid’ algorithm which intelligently calculates how much energy a vehicle requires to carry out daily journeys, and how much energy can be taken from its battery without adverse effects. This work found that use of bidirectional energy flow from EV batteries to maintain its SoC within specific ranges for longer periods could improve its SoH relative to reference scenarios with no V2G.

The study, by Warwick Manufacturing Group (WMG) and Jaguar Land Rover, was conducted on the same LIB chemistry as is used in the VW e-Golf and Tesla Model S vehicles. The researchers collected real-world driving data and fed this into two non-V2G simulations for charging behaviour to determine the battery capacity and power fade over a year. The first case (charge daily) was to charge to 100% daily and the second (charge when empty), to charge only when the battery is close to depletion. They then compared these simulation results to a third case, which had used their V2G ‘smart grid’ algorithm. This aimed to reduce degradation associated with both calendar and cycle ageing by optimising the vehicle’s discharging and charging cycle depths and SoC ranges using V2G. The results showed that, with optimised V2G, capacity fade could be reduced by up to 9.1% and power fade by up to 12.1% versus the first case; and 4.4% and 9.5% respectively versus the second case.

To put this in context, we take the example of the LEAF warranty of 8 years or 100,000 miles and make a (crude) first assumption that this mileage and time coincide as the battery reaches its end-of-life in the EV at 80% capacity. Making further assumptions that this mileage is distributed evenly (12,500 miles per year) and that the study’s capacity fade reductions continue linearly year-on-year, this could result in an additional 9 months (9,100 miles) battery use when compared against the charge daily case. Or compared against the charge when empty case, 4 months (4,400 miles) of battery use.

Whilst there is considerable focus on capacity fade since this affects the EV’s driveable range, the effects of power fade cannot be ignored as this will impact its performance, with acceleration and charging rates expected to decline. Although WMG have continued with their studies in this area, yielding promising simulation results which have been in part supported by their involvement in the EV-elocity V2G demonstration project, more research is required. Optimising V2G for battery degradation has not yet been trialled in a real-world environment. For this value proposition to prove viable, smart control algorithms will have to be commercially developed to maximise the battery benefit of V2G whilst also ensuring that the vehicle still meets operational needs.

The ability to combine this value proposition with using V2G for financial reward will depend on the pursued value stream. Energy arbitrage would contribute many additional battery cycles on top of normal driving use and so is likely to increase a battery’s degradation. In this respect, some of the financial reward in the short-term may be offset by the loss of long-term re-sale value. On the other hand, using V2G for grid services which are based on power availability but have low energy usage will likely have a more limited impact on battery degradation and therefore could be more complementary to the enhanced battery management value proposition.

V2G can support the careful management of key parameters to prolong an EV battery’s usable life by retaining its ability to function to desirable power levels and maintain its SoH. Although this has a financial benefit of retaining the value of this sizeable asset; it has a secondary environmental benefit of delaying the need for replacement and the concomitant raw material demand.

Given the high upfront cost of new EVs being largely driven by the high battery cost, how far would you be willing to go to modulate your charging behaviour to preserve your battery?
With most customers unlikely to keep a bought-new car for 8 years, does the safety net of lengthy battery warranties offered by OEMs actually discourage careful battery management on the part of the first purchaser?
To what extent do you think it is possible to combine this with the personal net zero value proposition?
Add your thought on these questions to the comments below.