Learn more about physical activity guidelines today and the health importance of being active. 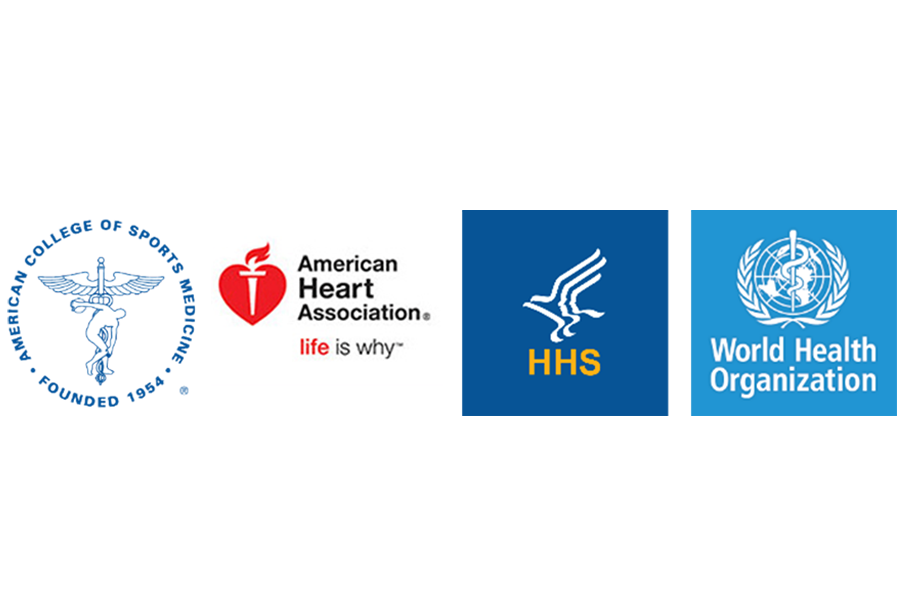 Having looked at the history of where exercise prescription came from, we now turn to evidence-based physical activity recommendations issued in the early 2000s.

In 2007, the ACSM and AHA published, ‘Physical Activity and the Public Health: Updated Recommendations for Adults’. This report states clearly that:

View Course
According to these guidelines a person can meet recommendations by combining moderate and vigorous intensity exercise. This update clearly states that the recommended amount of aerobic activity (whether of moderate or vigorous intensity) is in addition to routine activities of daily living which are of light intensity, such as self-care, casual walking or grocery shopping, or activities less than 10 minutes in duration such as walking to the parking lot or taking out the bins.

In addition, at least twice each week, every adult should perform activities using the major muscles of the body that maintain or increase muscular strength and endurance. Recommendations state that 8 to 10 exercises should be performed on non-consecutive days each week using the major muscle groups. To maximise strength development, a weight should be used that allows 8 to 12 repetitions of each exercise resulting in volitional fatigue.

Because of the dose response relation between physical activity and health, many adults, including those who wish to improve their personal fitness or further reduce their risk for premature chronic health conditions, or prevent unhealthy weight gain will likely benefit from exceeding the minimum recommended amounts of physical activity.

US Department of Health and Human Services (USDHHS)

The second major publication was the 2008 ‘Physical Activity Guidelines Advisory Committee Report’ by the US Department of Health and Human Services (USDHHS). This was a very comprehensive and evidence-based review that was adopted by the WHO and used to create the 2008 ‘Global Recommendations on Physical Activity for Health’.

As a result, the new guidelines allow a person to accumulate 150 minutes a week in various ways.

A common guideline used by many organisations is the number of steps per day an individual should take. The following table from Tudor-Locke et al. (2011) describes step-based recommendations from around the world. Although there is variation, 10,000 steps/day is generally used as a reasonable target for healthy adults. 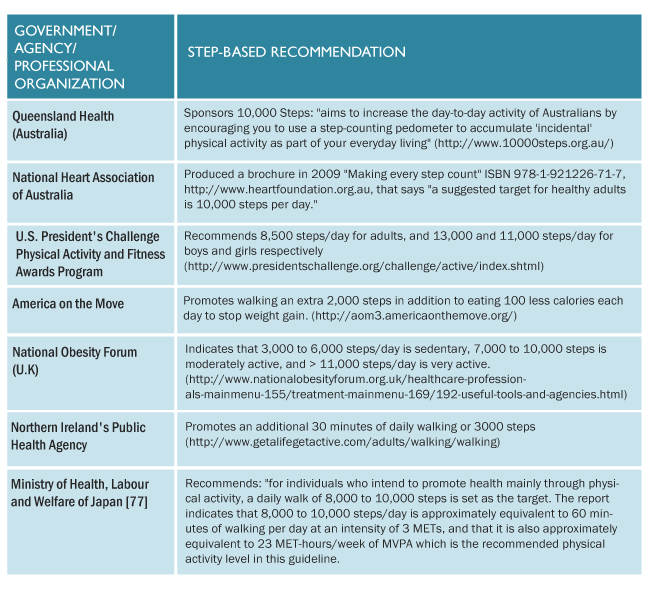 Other guidelines are also available for targeted populations such as older adults, children and adolescents. These can be accessed in the links below.