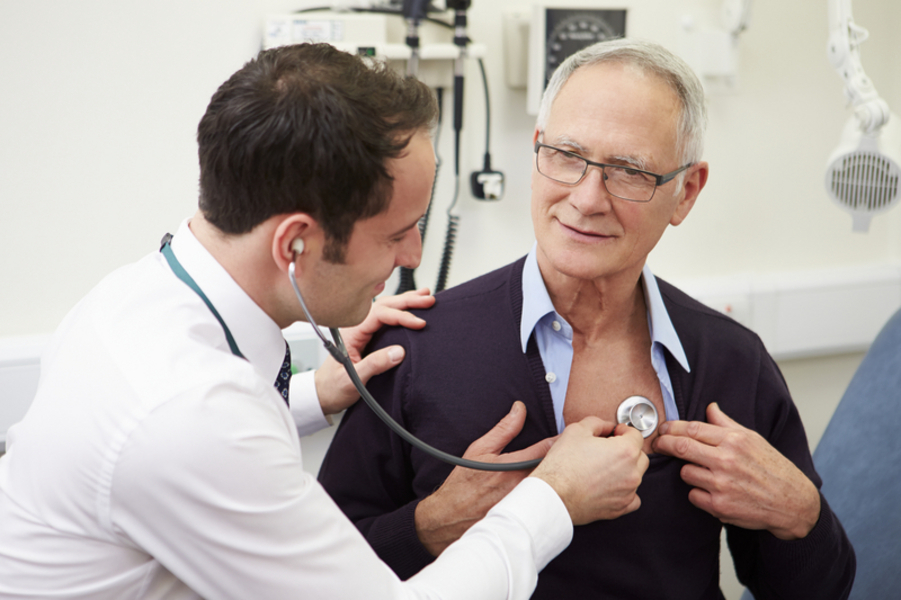 Chronic obstructive pulmonary disease is a highly prevalent condition characterized by airflow obstruction that reduces the ability to sufficiently empty the lungs. In the following two steps, we look at exercise intolerance in this clinical cohort, talk about the benefits of exercise, and present exercise guidelines.

Exercise intolerance is a troublesome manifestation of chronic obstructive pulmonary disease (COPD). People with COPD are prematurely limited during maximal exercise as a result of the uncomfortable sensation of exercise. They can show:

Exercise intolerance is closely linked to impairment/disability and is a stronger predictor of poor quality of life and survival than either lung function (measured by spirometry) or levels of blood oxygen.

Exercise intolerance in people with COPD results from a complex interaction between:

We will now look at the key concepts associated with exercise intolerance in COPD; dynamic hyperinflation of the lungs and peripheral muscle dysfunction.

Dynamic Hyperinflation of the Lungs

As you can see from in diagram below, the end-expiratory lung volume in the control or healthy participant is reduced during exercise (green line) compared with rest (black line), whereas it is increased in the participant with COPD. This dynamic hyperinflation leads to diaphragm weakness and may contribute to dyspnea and reduced exercise tolerance. 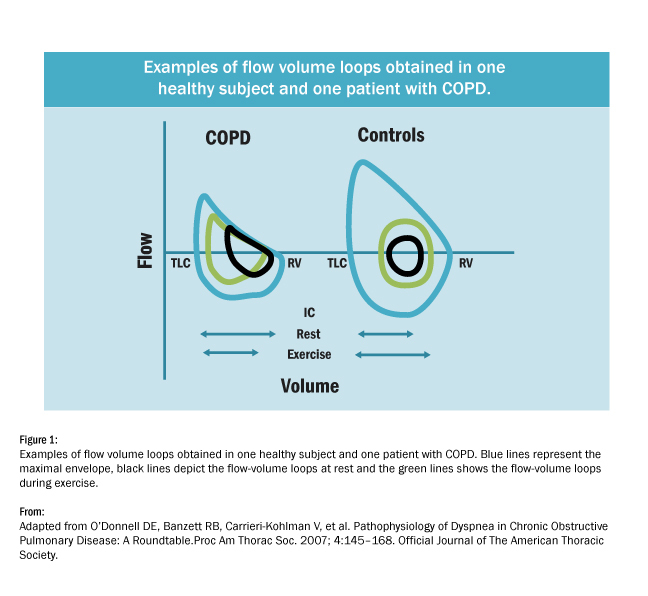 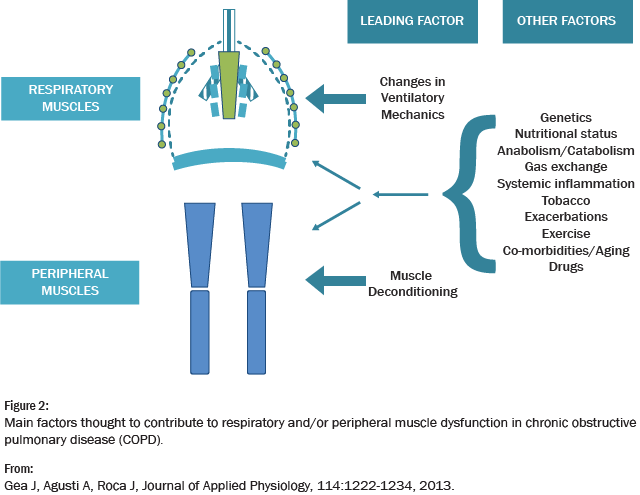 Benefits of Exercise for COPD

In the next step we will be looking at exercise guidelines for COPD including inspiratory muscle training, neuromuscular electrical stimulation and high intensity interval training.

[1] However, in severe COPD the development of anaerobiosis does not show a disproportionate increase in minute ventilation. Thus, detection of a ventilatory threshold (the point at which ventilation starts to increase at a faster rate than VO2) may not be possible.