In this Step, we’ll look in detail at the processes involved in selecting, planting, cultivating and the husbandry of crops. 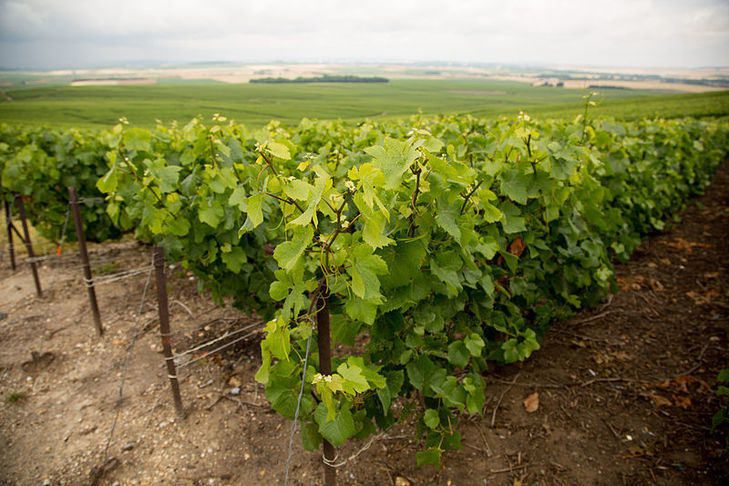 In the previous Step, you looked at the big picture of the sustainability of the food supply chain. In this Step, you’ll look in detail at the processes involved in selecting, planting, cultivating and the husbandry of crops.

Crops mainly fall into two broad groups: horticultural and arable. They are categorised according to the part of the crop that’s harvested [1]. Horticulture is the cultivation of nuts, fruits, vegetables and flowers. In arable crops the useful part of the plant is usually the grain, or seed.

The production cycle of horticultural crops varies. Some crops are both sown and harvested during the same agricultural year, sometimes more than once. These are called temporary crops and they usually last for one year. Some examples are cereals, pulses, roots and tubers, sugar crops, some oilseed crops, vegetable crops and some crops to feed animals (fodder). Other crops are sown or planted once and not replanted after each annual harvest. These are called permanent crops and are mainly trees, bushes, shrubs, vines and palms. Some examples are fruits and berries (apart from strawberries), nuts, oil crops such as olive trees, coffee, tea and cocoa [2].

Horticulture in the EU

Horticultural production in the EU reached 190 million tonnes of fruit, vegetables, roots, tubers and nuts in 2017. This is only 7% of global fruit and vegetable production, which reached 2.8 billion tonnes in the same year. Producers in the EU achieve this using only 5% of the total land used for horticultural farming globally. The most commonly consumed fruits and vegetables account for 33% of global production. The remainder includes many niche varieties which are seasonally available in their native regions. [3] (Figure 1). 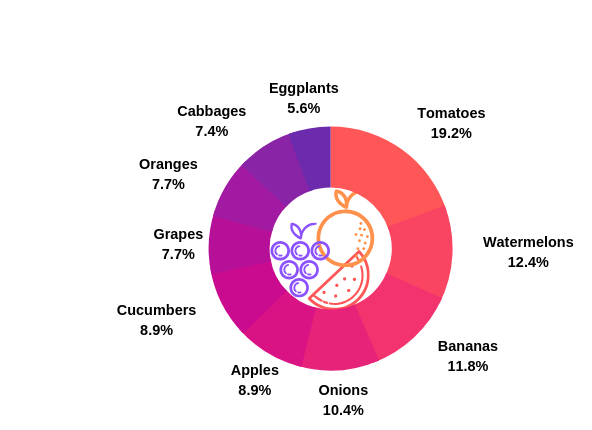 China is responsible for 50% of global production of fresh vegetables and 30% of our fruit, followed by India at 12% and 11% respectively and the USA and Turkey at approximately 3% for each. Within the EU many countries specialise in producing certain crops. Spain specialises in growing lettuce, the Netherlands in tomatoes and Italy in rocket leaves [4]. (Figure 2). 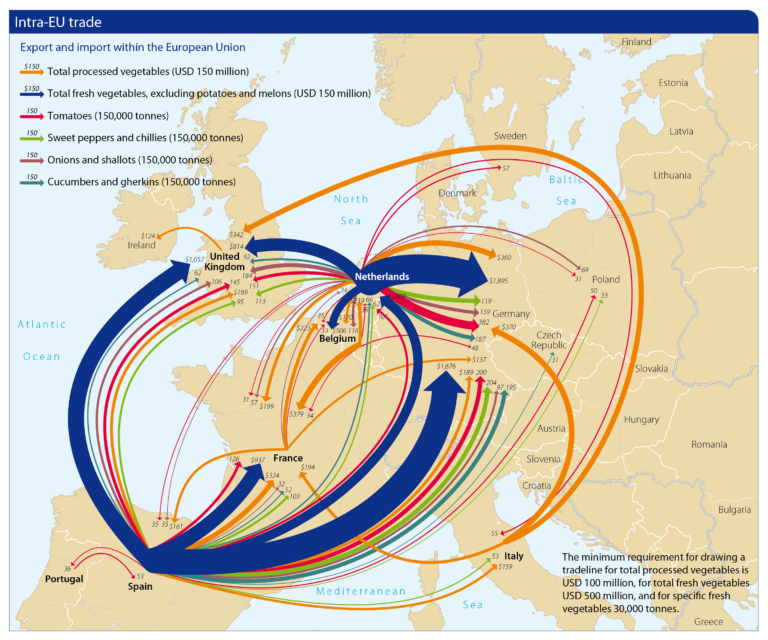 Figure 2: Tradelines showing which countries export which crops and where they go. Intra-EU trade UN-Comtrade. © Eurostat 2017 accessed from Source

How Horticultural Crops are Grown

1. Select your variety: are all apples the same?

Horticultural crops come in different varieties that vary in their growth habits (such as the length of the growing season and disease resistance) as well as in characteristics such as colour, texture and taste. The farmer needs to consider both environmental conditions and consumer preferences when selecting which varieties to grow. [8]

In this video, Theresa Doud hosts a Ted Talk, and asks: Why are there so many types of Apple?

These require the farmer to intervene at different parts of the plant life cycle, taking advantage of the growing process to create a direct clone of the parent plant. These propagation methods allow horticultural farmers to ensure consistency of quantity and quality in their product.

Horticultural crops are commonly propagated by seed. Some crops are produced in special ‘module’ trays and plant ‘mats’ that host the seed until the plant germinates [5]. The seedlings can then either be raised in a glasshouse or transplanted into a field where the crop will grow and mature. This method can extend the growing season and ensure uniformity of growth and germination. However, many vegetable crops have their seeds ‘drilled’ (sown) directly into pre-prepared soil and are cultivated completely outdoors.

As they grow, crops are exposed to weeds, pests and diseases. Each individual plant requires continuous monitoring for these threats and the farmer may consider specialised treatment for those affected. This is called scouting [6].

To protect their crops, some horticultural farmers use polytunnels (plastic coverings on metal frames, Figure 3) and glasshouses (solid structures of glass with a metal frame, Figure 4) which, as well as acting as barriers to pests and diseases, mitigate against low temperatures and frost that slow down growth or damage the plant [7]. 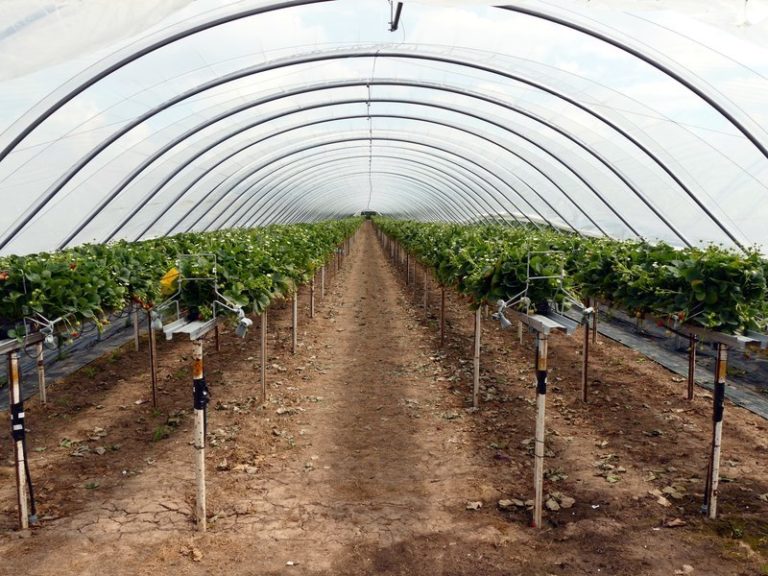 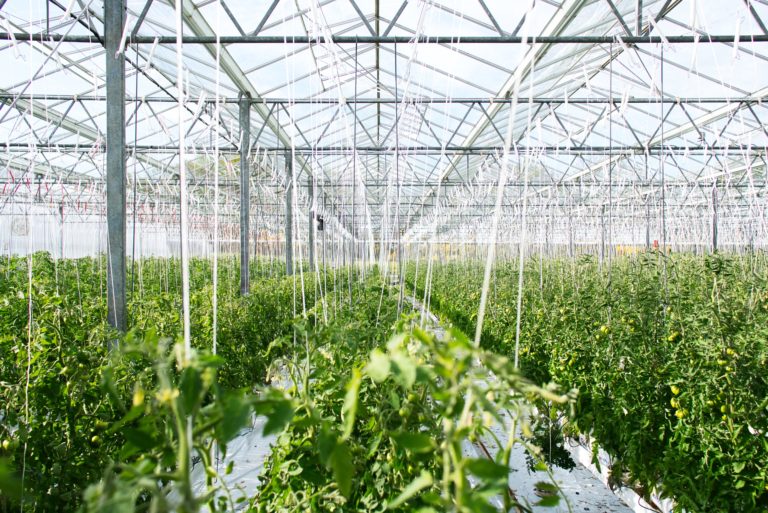 In the next article we will look at organic approaches to husbandry and the differences between these and conventional techniques. New approaches are also being developed, such as hydroponics, which cultivate plants without soil in a controlled environment free from pests and diseases. We will look at these later on in the course.

Take a look at the packaging of your favourite fruit or vegetable. Where was it grown and who grew it? Are you surprised by how far it has travelled, or is it local to you?