An overview of livestock farming

Dr Rachael Neal gives us an overview of livestock farming throughout the world and the products we depend on. 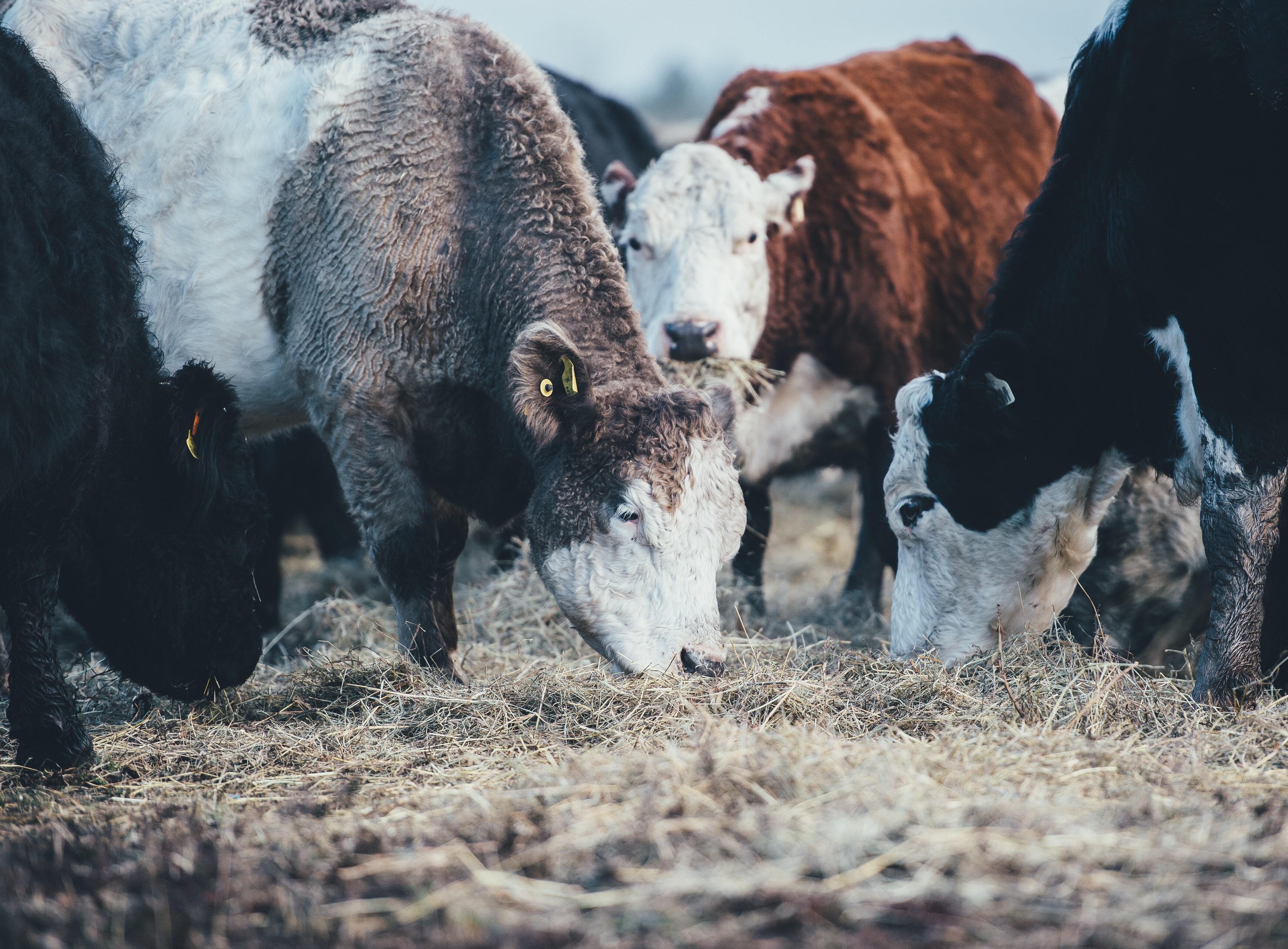 Animal products like milk, meat and eggs have long been part of the human diet. They provide us with caloric energy and many essential nutrients. For example:

Many farmers all over the world specialise in producing livestock which are of central economic importance to their farming businesses. Some farmers keep livestock and grow crops as a mixed farming enterprise [2] where the livestock are an integral part of the farm’s system – providing manure to support arable crop growth for example – as we can see in Figure 1. 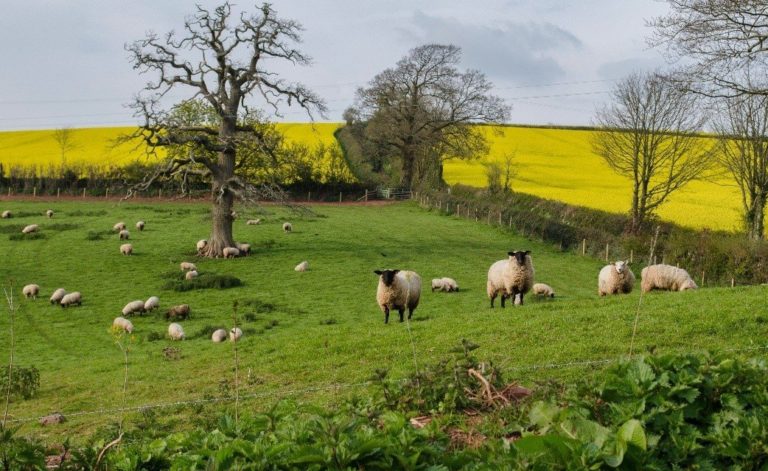 Other farms focus solely on breeding or rearing animals. They may grow some crops for animal feed, but many buy in the feed they need. The location of a farm and the characteristics of the land influence the livestock farming system used. For example, in mountainous areas it may be impossible to grow arable and horticultural crops, but grazing animals such as sheep thrive in these uplands and form an intrinsic part of the landscape (Figure 2). 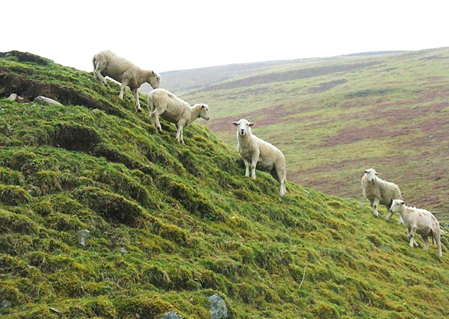 Are we expecting a change in demand for meat and dairy products?

Projections suggest the world population will reach 9 billion by 2050 (Figure 3)[3]. 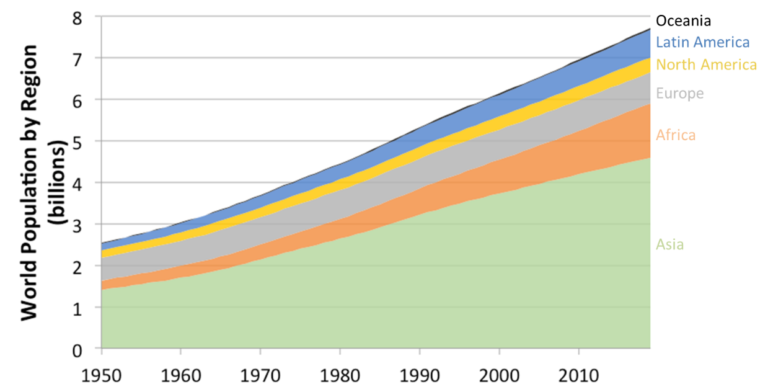 Since the second world war, increasing consumption of animal products has required increased production of livestock, and significant growth in demand is predicted to continue in certain areas of the world where population is growing fastest. The maps in Figures 4 to 6 show consumption levels in 2013 for meat, milk and eggs respectively. Interactive versions of the maps may be accessed by clicking on ‘Source’ in the figure caption, or the ‘See Also’ link at the bottom of this article. These enable you to check consumption levels by country and, by clicking on the ‘Chart’ tab under the maps, you can see how levels have changed over the period 1961-2013. The expected growth in demand, particularly in America, sub-Saharan Africa and south-east Asia, alongside declines in other parts of the world, reflects changes in dietary preferences which will in turn affect production strategies. 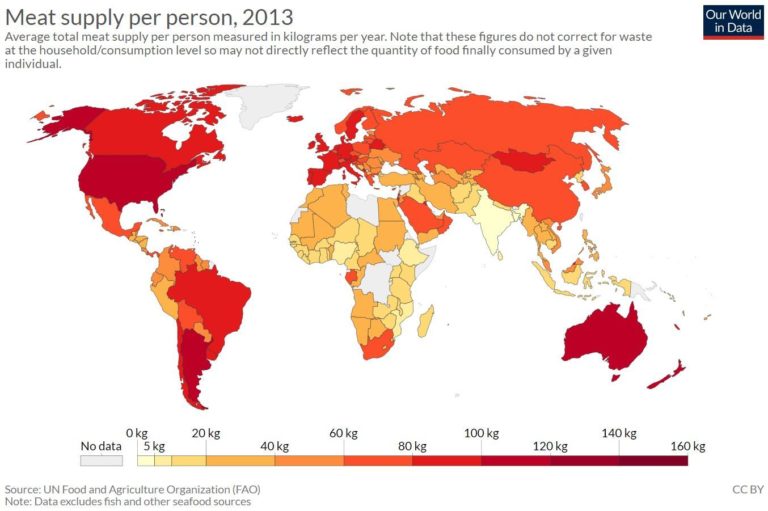 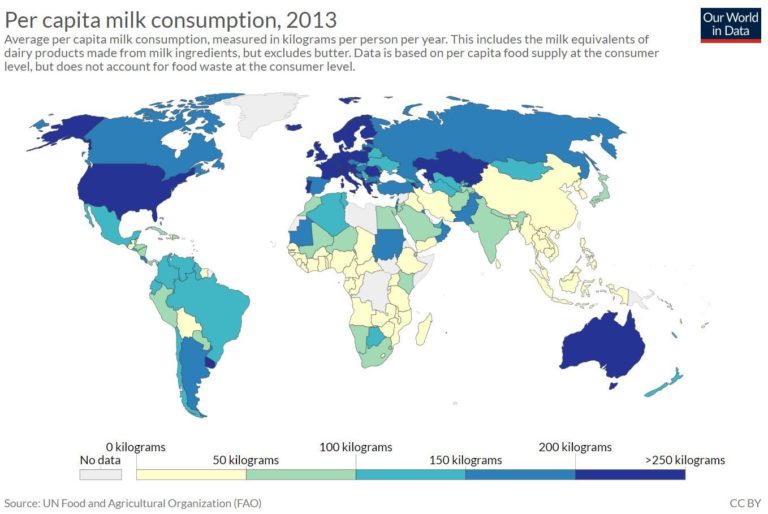 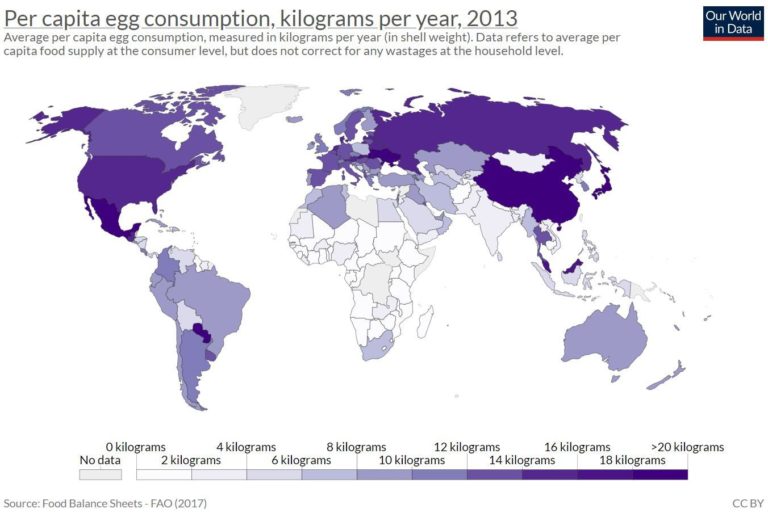 Farmers have responded to the changing dietary preferences of a growing population in a number of ways, including:

Livestock breeding is the process of selectively mating animals that have desirable characteristics to maintain or enhance these traits in future generations. With the help of scientists, farmers can estimate the genetic value of individuals in terms of growth rate and yield. This process has contributed substantially to the industry’s ability to meet increasing demand [4]. Seventy years ago, it was still common for farmers to rear breeds that were native to their region or country [5]. For example, Hereford cattle and Dorset sheep, iconic British breeds, were commonly farmed in the UK in the past. This has changed, and UK farmers now use European breeds such as Charolais beef cattle, originally from France, and Texel sheep, originally from the Netherlands, which are both larger and produce more meat than the native breeds. Well-known in the UK, the black and white dairy cow, the Holstein-Friesian, originates from the Netherlands and Germany and has been selectively bred to maximise the amount of milk produced per cow (Figure 6)[6]. 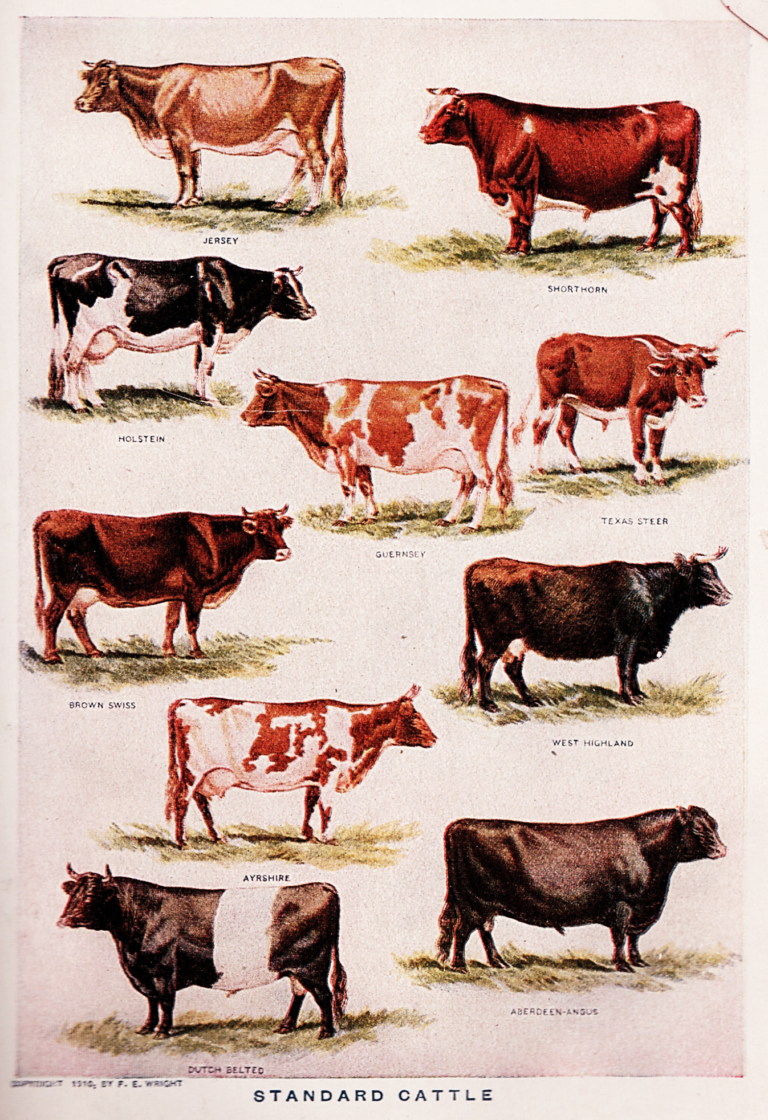 Animal breeding is now highly technical, involving not only artificial insemination, but also tools such as ‘genomic selection’ and ‘estimated breeding values’ (EBVs) which help select for traits such as growth rate, fertility or health [8].

The livestock industry has had to meet the increasing demand without using more land and at the same time minimising negative impacts on the animals. Farmers must balance their own interests alongside those of the local and wider community and other stakeholders. They need to consider:

These considerations mirror the three pillars of sustainability we introduced in Week 1: economic, environmental and social. To achieve ‘sustainable intensification’ of production, farmers must innovate and we’ll discuss some of the ways they are doing so later in the Week. Firstly though, it’s important to understand more about how animals are farmed and you’ll cover that in the next few Steps.

As you have read in the article above, the amount and type of animal products consumed across the world is changing. Having read this, have your thoughts around the eating habits of animal-based products changed?