From optimization to equilibria

To bridge the two sides of a market, the pure concept of optimization is often not enough. In this article, Hannes Weigt explains why.
© University of Basel

Up to now, we did not really have a look at markets! Your first models were following a system perspective with either you deciding about optimal investments and operation strategies or the underlying optimization model did this job based on the steering levers you chose.

The building blocks of this week describe how firms and consumers behave but do not yet contain any direct interaction between the two sides. In the last model exercise, you had to choose the relevant price levels but firms and consumers reacted independently: if you chose a high electricity price you obtained plenty of supply but demand went down. You could end up with a system that was not in balance.

If you want to bring the two sides together, you will need something more: a market. However, adding a market is not as straightforward as it may sound.

The ‘job’ of markets is to bring supply and demand together and let them define the market price of the product. This price will set the incentives for firms to produce and invest in new or cleaner production facilities and the price also defines how much consumers are willing to consume of a product. While it is no problem deriving the former or the later once the price is given (basically what you did in the last model exercise), the question is how to integrate the price formation process itself into a model. 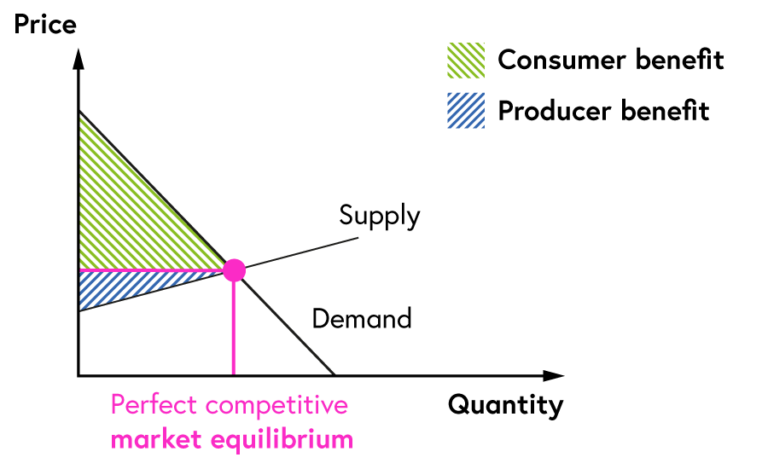 Simply adding up the respective objective functions of the supply and demand side is only possible under specific conditions (ie, in case of perfect competition, the market interaction can be replaced with a welfare maximization) but not in general. Here equilibrium models enter the stage. They allow us to model the interaction of markets in a mathematical setup.

In the next steps, we will gradually introduce the concept and logic of equilibrium modeling. Next week we will add the needed mathematical formulations and explain how equilibrium models allow us to interpret the economic aspects of our models.