In this article Nicky Milner presents John Moore, the man who discovered the site of Star Carr 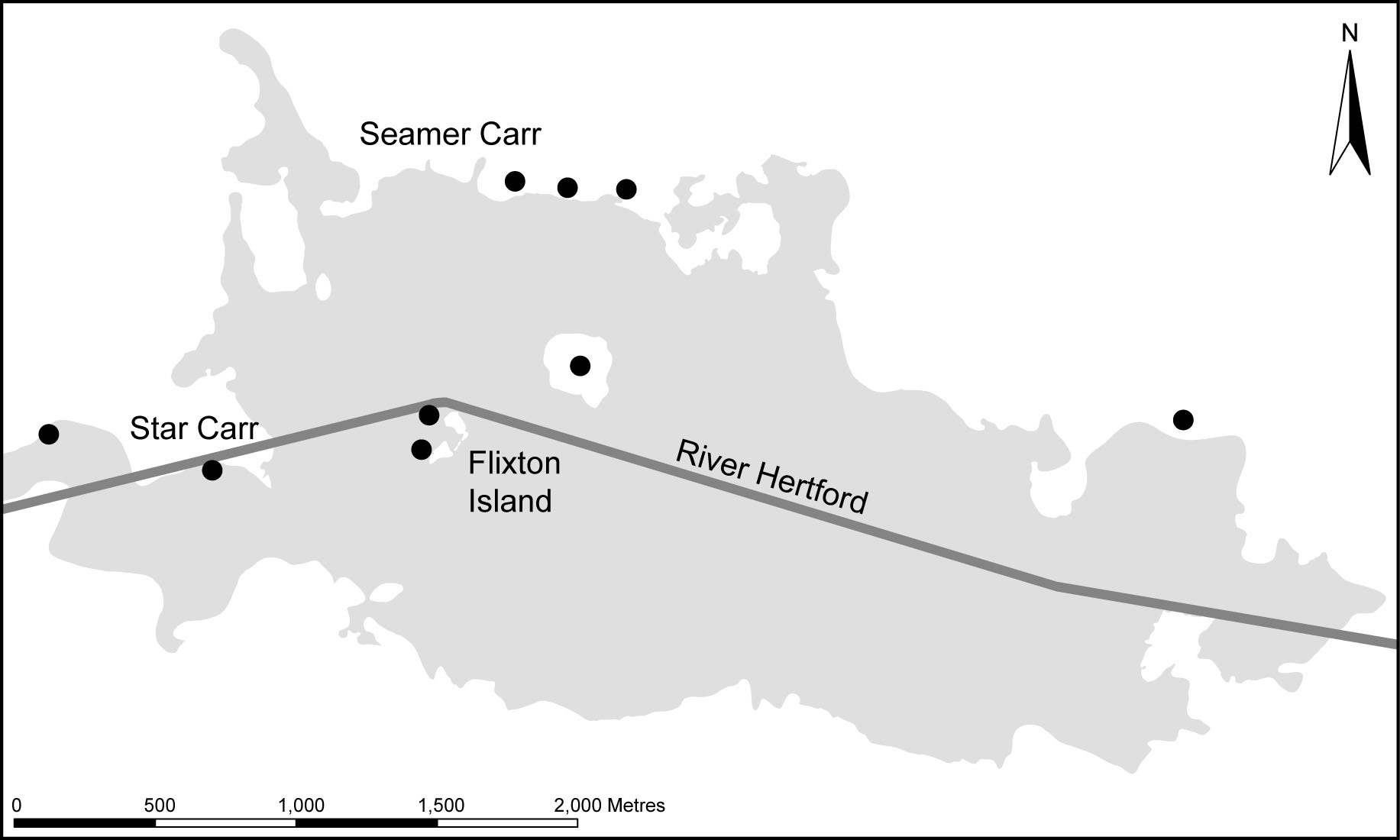 Not long after the Second World War, a group of local amateur archaeologists got together and founded the Scarborough Archaeological and Historical Society. One of these founder members was a man called John Moore. Each of the founder members took an area of the Yorkshire countryside to investigate the archaeology. John Moore studied the Flixton area of the Vale of Pickering, known as the carr lands.

Carr land is an area of boggy ground made up of peat. Peat is vegetation that has fallen to the bottom of the lake and through time this compacts to become a very muddy sediment. Over thousands of years, what had once been a lake, now named palaeo-Lake Flixton, turns into land and, in the case of the Vale of Pickering, farmland, as shown in the picture above. John Moore soon realised that this land had been a former lake and through coring he found the approximate extents of it. He also realised there were islands in the middle of the former Lake Flixton, one of which is known as Flixton Island. The map shows the outline of the previous lake with the sites that Moore found.

It was through walking along drainage ditches and looking into the sections of these ditches that he began to find artefacts poking out of them. His first two sites were on Flixton Island and included both Late Palaeolithic horse remains, as well as Mesolithic artefacts. He conducted two small excavations at both sites 1 and 2. In addition he found a number of others sites including a number at Seamer Carr and what we now know of as Star Carr (Moore’s site 4).

Moore excavated a small trench at Star Carr in 1948, near to the drainage ditch, and found a large quantity of flint, as well as bone and antler surviving. Through contacts at Scarborough Museum he was encouraged to contact Dr Grahame Clark at Cambridge University, who had conducted his PhD on Mesolithic stone tools and was the leading expert in the country on this period.

As you have already heard, Grahame Clark already knew about the potential of bog sites from his contacts in Denmark and Germany and he took no time at all in visiting Moore and his excavations. Moore agreed to Clark carrying out more excavations at Star Carr and Clark organised three short (three week) excavations for the following summers, 1949-1951.

It would appear that Moore was not particularly involved in those excavations as we understand at the time he was carrying out his own excavations at site 2 on Flixton Island, only two fields across from Star Carr. However, we do know, from letters archived in the Scarborough Museum, that at the end of the excavations, when Clark and his team had left, Clark had asked Moore to excavate the baulks (the parts archaeologists leave standing between the trenches). The finds found in those areas were given to the Scarborough Museum.

Work by amateur archaeologists have proved invaluable in the discovery of Mesolithic sites. We should never forget the contribution that John Moore made to British Archaeology and the Mesolithic. Without him, Star Carr would probably have never have been found, and as a consequence we would know far less about this period of the past.

Sadly, we have very little information on Moore and none of his archive remains – it appears from correspondence that it was offered to the museum but that they declined to take it. If you want to know more about the documents (such as letters) that do remain, these have been digitised and are available via the Archaeology Data Service (go to the query screen, select Scarborough Museum, and under ‘Artefact material’ select Paper archive).

If would like to know more about the History of the site, read Chapter 2 of our Star Carr volumes.

If Star Carr had never been found, what would our understanding of the Mesolithic be like?