Discovering fish in the lake

Fish must have been an important resource in the Mesolithic. In this article Professor Nicky Milner presents the evidence for fish at Star Carr. 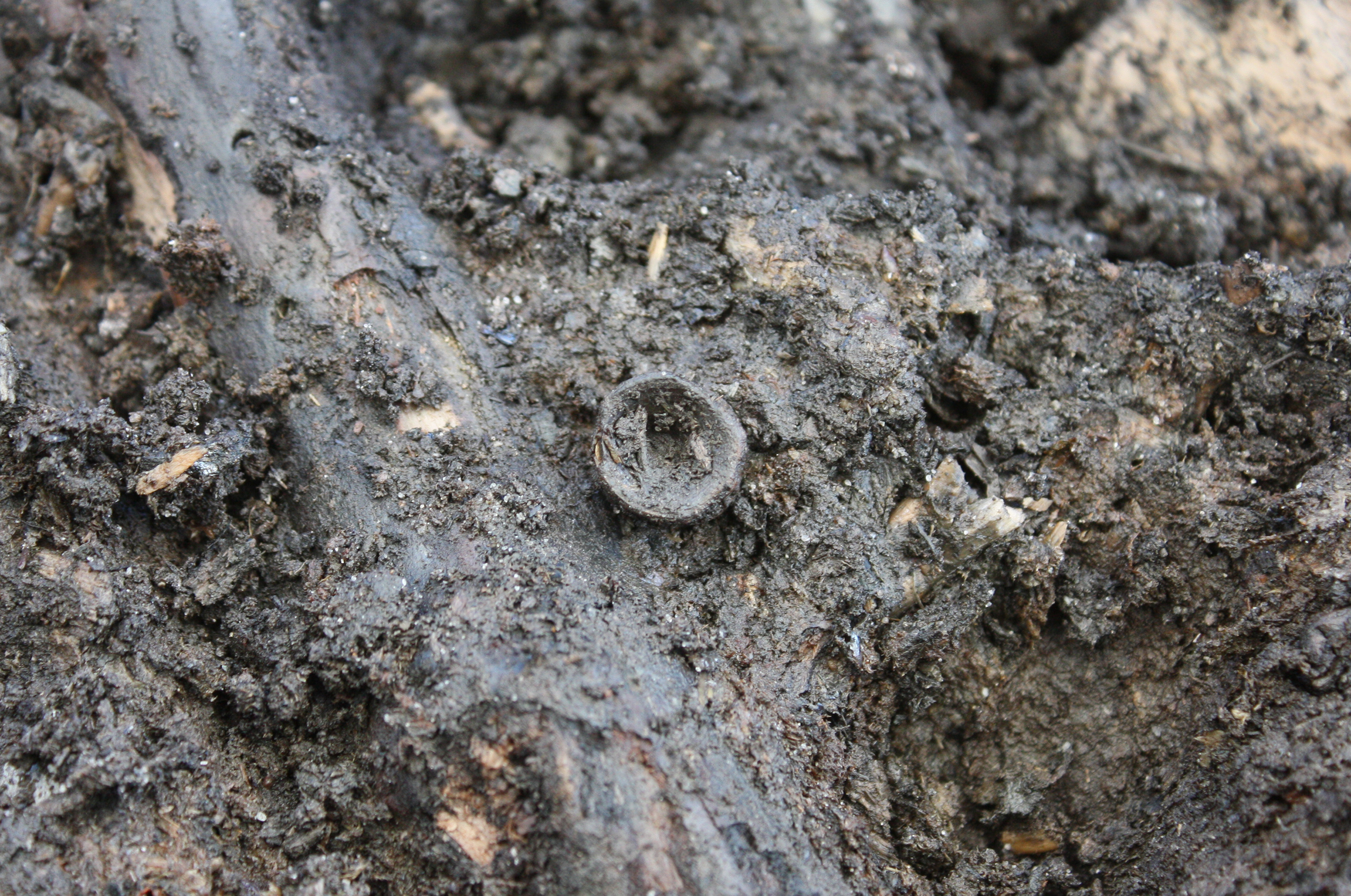 Finding fish bone at Star Carr has been an important discovery. No fish bones were found during Clark’s excavations and for many years Mesolithic scholars debated why they were not present – had they not colonised the lake yet, or had Clark just not found any?

In total, we only found 21 fish remains; however, it is likely that these represent a small fraction of the overall assemblage. In the area around where Clark had previously excavated, there was better preservation and two specimens were found during excavation. The photograph above is a northern pike vertebra found within the peat – it is only 9.1 mm across. The other remains were found through flotation (where deposits are carefully washed through layers of sieves) and most of these were found from the dryland deposits within the eastern house structure.

The assemblage was analysed by our fish expert, Dr Harry Robson, and was found to be dominated by Cyprinidae (the majority of British freshwater fish species including carps and minnows). We also found northern pike and European perch. Dr Aimee Little also found evidence on some stone tools for fish processing on the dry land.

We do not know for sure how the fish were caught. There are no surviving hooks or nets for instance from the site. We have experimented with using a bow and an arrow tipped with a barbed point for spearing a dead fish and it certainly appeared to be a technique that could work.

There is a close correlation between pike remains and barbed points on other sites in Europe. For instance, at Sværdborg, Denmark, 80 upper and 64 lower pike jaw bones were found along with 274 leister prongs and 11 hooks and at Kunda in Estonia, there are two instances where barbed points were found impaling pike skeletons: one in the back of a large pike and the other in the skull.

How do you think people caught the fish at Star Carr?